Glenn Maxwell, Who Had A Good Campaign For The Melbourne Stars In The Recently Concluded Big Bash League, Has Been Ruled Out Of The Upcoming Limited Overs Series Against South Africa Due To An Elbow Injury And He Could Miss The Start Of The IPL.

Glenn Maxwell has been ruled out of the South Africa tour due to an elbow surgery in what could have been his first international assignment since taking a break due to mental health issues. (Photo Credit: Getty Images)

Glenn Maxwell's announcement of an elbow surgey means that he could be sidelined for close to six to eight weeks, which means he might not only miss the entire tour of South Africa but could also miss the beginning of the Indian Premier League which begins in March end. Maxwell reported an increase in pain and scans revealed some loose bone fragments in the joint that prompted the decision to have surgery. Maxwell was picked for Rs 10.75 crore by Kings XI Punjab during the IPL Auction. In Maxwell's place, D'Arcy Short will replace him.

In nine BBL matches for Hobart Hurricanes, Short scored 357 runs at a strike rate of 131.25 with a high score of 103no against Perth Scorchers. The left-arm wrist-spinner also picked up six wickets for the tournament, capturing a career-best haul of 5-21 in Hobart's win over Sydney Thunder. The 31-year-old right-hander released a statement in which he said he did not want to represent Australia if he was not 100 percent fit. "I was not confident that I could perform at international level with my elbow in its current state and have decided to undergo surgery straight away to fix the issue. I am shattered to be missing the South Africa tour. I wish all the lads the best of luck over there and I’ll be watching from home! Thanks for all the wishes of support," Maxwell said.

Trevor Hohns, the Australian cricket team National Selector, expressed disappointment that Maxwell would not be a part of the South Africa tour which would have been his first major international competitive series after he took a break from all forms of cricket towards the end of 2019 to deal with mental health issues. 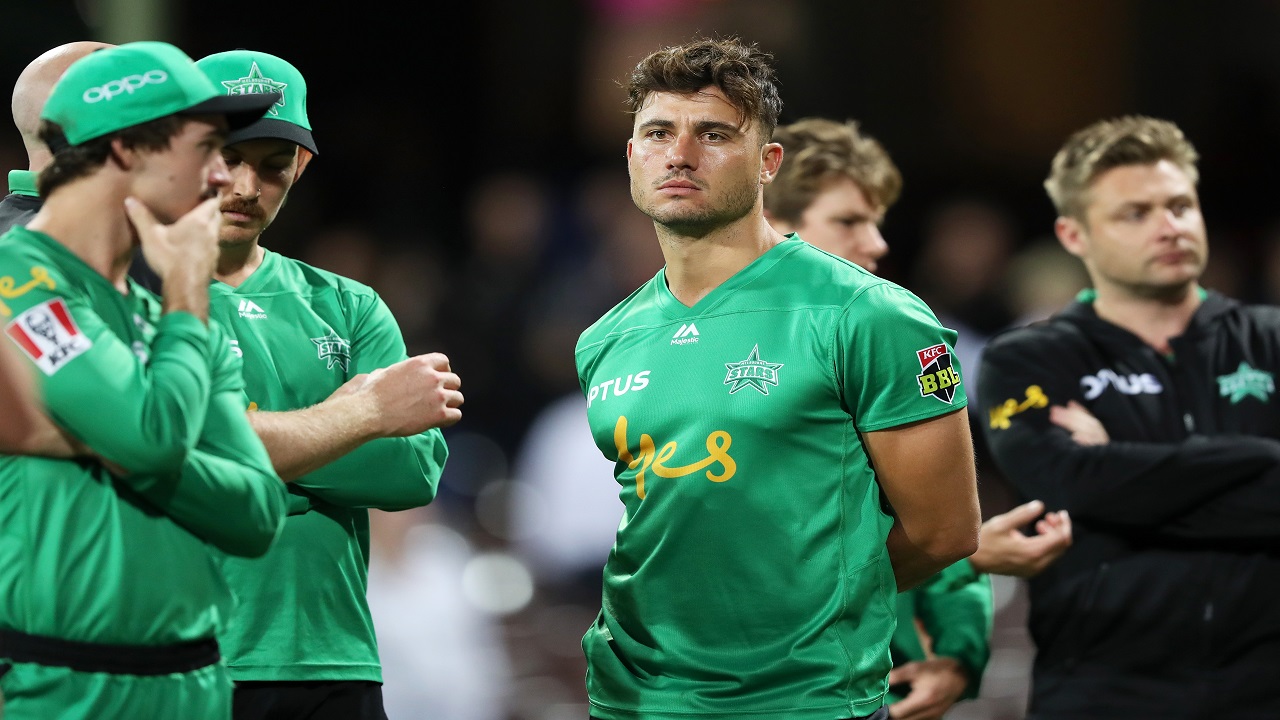 "We are disappointed to lose Glenn this close to the tour as we were looking forward to welcoming him back to the national side in both the 20- and 50-over formats after his break during the summer. Unfortunately, the pain he has experienced in the elbow in the latter stages of the BBL increased over the weekend and he will have surgery immediately to rectify the situation," Hohns said.

However, the selection panel sprung a massive surprise when they decided to omit Marcus Stoinis for the series against South Africa after a phenomenal Big Bash League. Stoinis set a new record for the most runs in a single BBL season, amassing 705 runs, while posting the highest individual score in the competition's nine-year history with a magnificent, unbeaten 147 at the MCG against eventual champions Sydney Sixers. Hohns said Stoinis was incredibly uncluky to miss out on selection.

"Stoinis was unlucky to miss out due to the makeup of the current top order. It is terrific to have a backup player of his calibre in such good form," Hohns was quoted as saying to Cricket Australia.