Hanuma Vihari Slammed A Century And Cheteshwar Pujara Hammered 93 But The Likes Of Prithvi Shaw And Shubman Gill Failed To Capitalise As India Were Bowled Out For 263 In The Warm-up Clash Against New Zealand XI At Seddon Park In Hamilton.

Hanuma Vihari smashed 100 and shared a partnership of 195 with Cheteshwar Pujara in the warm-up game against New Zealand XI in Hamilton. (Photo Credit: Getty Images)

The three-day warm-up game between India and New Zealand XI is been seen as the ideal build-up for the two-Test series which begins on February 21 at the Basin Reserve. The match, which has been stripped of First-Class status, will see all batsmen and bowlers getting a chance. In the Indian innings, Virat Kohli did not come out to bat as Prithvi Shaw and Shubman Gill were given the chance to show their mettle and stake a claim for a spot in the Test team for Wellington. However, the Indian cricket team were undone by swing and bounce as they were bundled out for 263 with only Hanuma Vihari and Cheteshwar Pujara standing tall at the end of day 1 at Seddon Park in Hamilton.

Vihari blasted 101 and Pujara chipped in with a superb 93 while for the hosts, Scott Kuggleijn and Ish Sodhi took three wickets apiece. India did not get off to a great start as Prithvi Shaw was undone by a sharp bouncer from Kuggleijn as he fended at the short ball to be out for 0. Shubman Gill, who has been touted to be in contention with Shaw for the opening slot, also fell for a duck when he loosely played at a Kuggleijn delivery.

When Mayank Agarwal was dismissed cheaply by Kuggleijn, India were tottering at 6/3. Ajinkya Rahane and Cheteshwar Pujara tried to revive the innings but Jimmy Neesham got rid of Rahane for 18. Vihari joined Pujara and the duo were in good form as they negotiated the conditions brilliantly. Vihari was aggressive as he smashed 10 fours and three sixes while Pujara smashed 11 fours and one six. Pujara looked good for a century but he fell to Jake Gibson for 93. 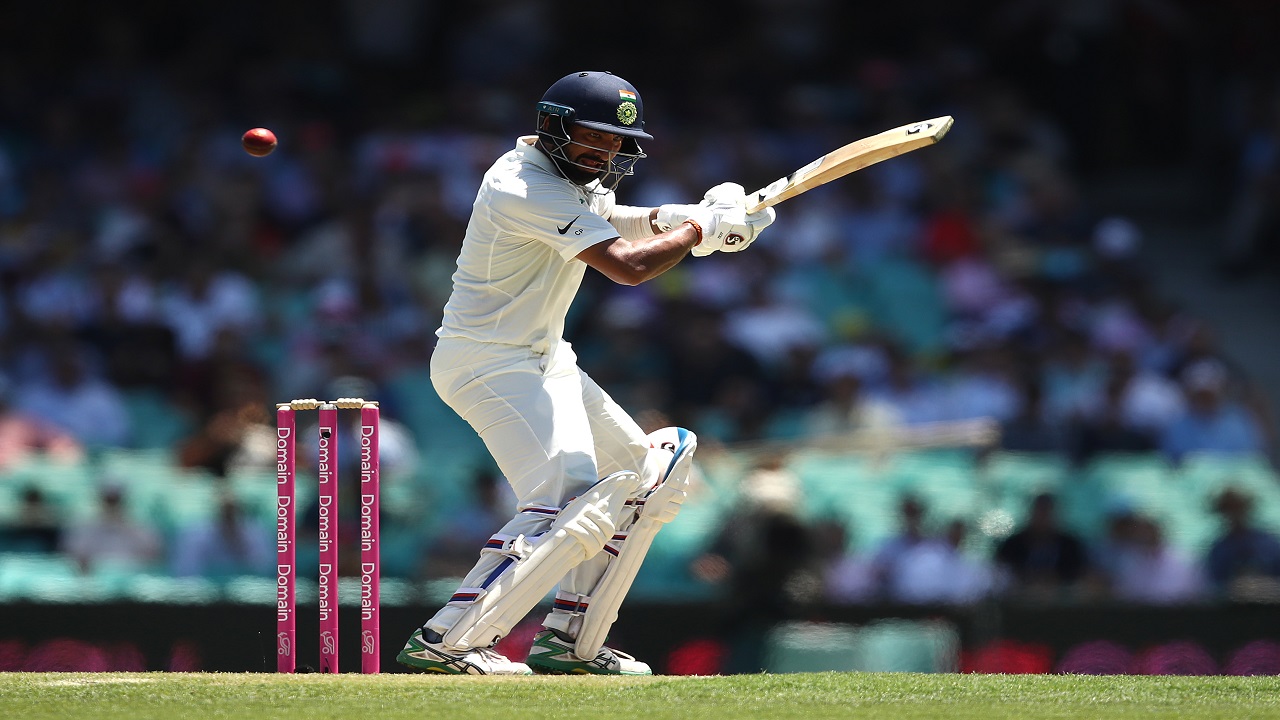 Cheteshwar Pujara smashed 93 and he will be aiming to sustain the good form in the Tests against New Zealand. (Image credit: Getty Images)

Rishabh Pant, who has not been picked in the Indian team for close to one month, once again played a bad shot as he slogged at a delivery from Ish Sodhi to be out for 7. Wriddhiman Saha and Ravichandran Ashwin also fell cheaply while Vihari retired out for 101. Virat Kohli did not bat while the likes of Mohammed Shami, Jasprit Bumrah and Navdeep Saini also did not bowl, preferring to practice.

The Test team is pretty settled but the absence of Rohit Sharma and not picking KL Rahul in the side has left one spot vacant in the opening spot. Either of Shaw and Shubman are expected to open the innings with Mayank Agarwal heading into the Test at the Basin Reserve.