Hanuma Vihari Has Said That He Plans To Watch The Ashes 2005 Contest Between England And Australia On Loop As He Plans To Overcome The Boredom That Will Set In During The Cricket Lockdown Due To The Coronavirus Pandemic.

Hanuma Vihari plans to sharpen his skills for the tour of Australia that will take place after the end of the ICC World T20. (Photo Credit: Getty Images)

The coronavirus pandemic has completely locked down cricket all over the globe, with major question marks on the Indian Premier League that has been postponed to April 15. However, with Prime Minister Narendra Modi's annoucement of a 21-day lockdown due to the coronavirus, the status of the IPL being conducted remains a major concern. The players are gearing up during the 'forced break' by indulging in some activity or the other. For Hanuma Vihari, the Indian middle order batsman, he plans to watch one of the best series in the modern era on loop in ordr to overcome the boredom.

Speaking to ESPNCricinfo, Hanuma Vihari said, "A few days into this enforced break because of the pandemic, I have begun to realise all the implications: I cannot go out, meet friends or do anything, pretty much. But that is the need of the hour - you have to isolate yourself and make sure things settle down. I know boredom will set in easily, but I have a solution for that: watching the 2005 Ashes on video. It is my favourite. I have lost count of how many times I have watched it. Also, I have been planning on taking up yoga. It's something I have thought of doing for a year, in fact," Vihari said.

The 2005 Ashes is considered one of the greatest Test series in the 21st century. After Australia won the Test in Lord's, England got back in level terms in thrilling fashion with a three-run win at Edgbaston. Australia held on for a tense draw in Old Trafford with only one wicket in hand while in Trent Bridge, England took the lead with a three-wicket win. In the final Test, Kevin Pietersen blastd 158 as England won the Ashes after a gap of 16 years. 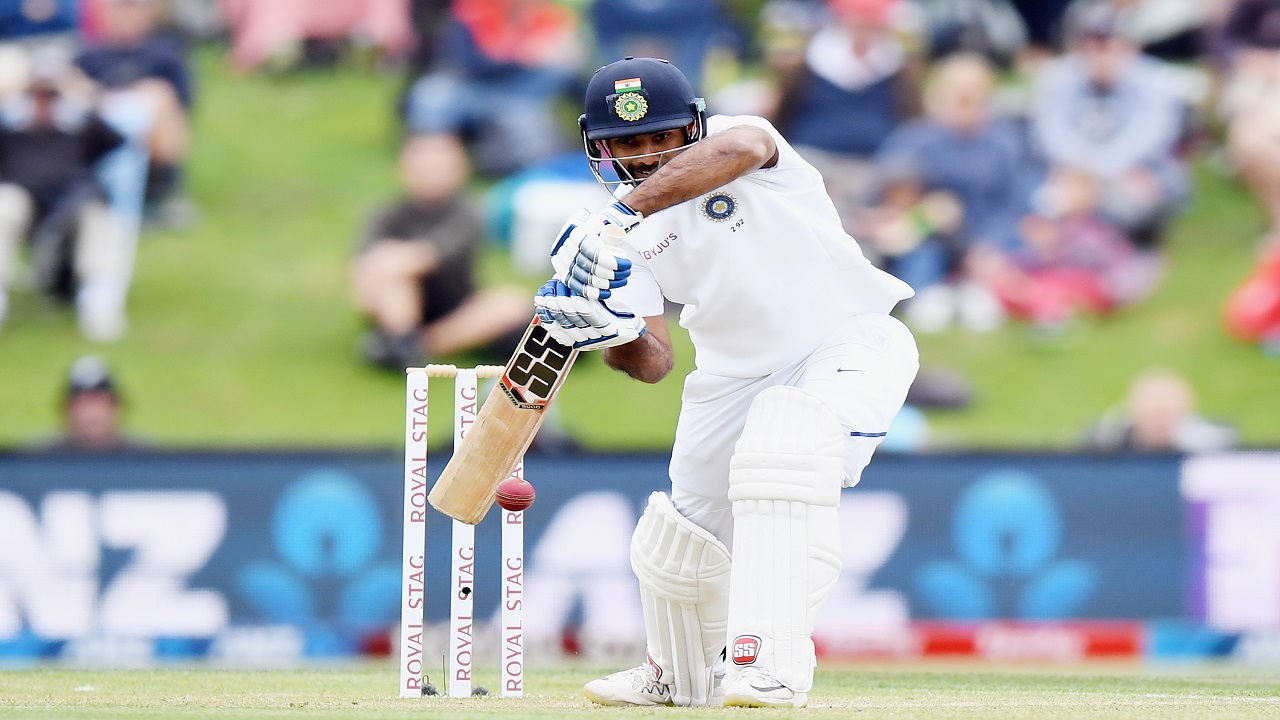 Hanuma Vihari is planning to play some county cricket in August and is hopeful that it will take place. (Image credit: Getty Images)

The coronavirus pandemic has also resulted in a silver lining for Vihari when it comes to family. "One good thing that will come out of this break is: I will able to celebrate my first wedding anniversary with my wife on May 19. In normal circumstances I might have been busy with cricket. So at least one person is not complaining too much!", Vihari said.

Though there is a lot of uncertainty over when sport will resume, the middle-order batsman said he has has his "fingers crossed". Vihari has also said that he will use the break to sharpen his skills for the tour of Australia that will take place after the end of the ICC World T20 that will also take place Down Under.

"I am going to use this time to focus on my fitness, sharpen my skills for county cricket as well as for the Australia tour in late 2020. Mentally I am trying hard to keep myself positive and busy. My challenge is: there is no cricket for the next three to four months. I do have a summer to look forward to having signed with a team in the English County Championship, where my contract starts from late August. Fingers crossed about that," Vihari said.