Hardik Pandya Opens Up On Koffee With Karan Controversy, Says 'Ball Was Not In My Court'

Hardik Pandya, Who Was Banned For Close To A Month For His 'sexist' Comments On The Show Koffee With Karan, Has Opened Up On The Controversy Which Resulted In A Suspension For Close To One Month.

Hardik Pandya has not played a match for India since September 2019 after suffering a back stress fracture. (Photo Credit: Getty Images)

Hardik Pandya, Indian cricket all-rounder and KL Rahul had made their appearances on the show Koffee With Karan hosted by Bollywood director Karan Johar. During the show, a major controversy erupted when Pandya passed some 'sexist' and 'misogynistic' remarks about women on the chat show. This came at the heights of the #MeToo movement and they faced plenty of abuse from social media. Pandya and Rahul were suspended for the series against Australia. In addition, the duo were fined Rs 20 lakh each by the BCCI. Ombudsman D.K. Jain directed the players to pay Rs 1 lakh each to the widows of 10 constables in paramilitary forces who had lost their lives on duty. Pandya and Rahul were also asked to deposit Rs 10 lakh each in the fund created for the promotion of cricket for blind in the country.

Now, Pandya, who recently got engaged to Bollywood celebrity Natasa Stankovic, has opened up on the controversy which surrounded the Koffee With Karan show. "We as cricketers did not know what was going to happen. The ball was not in my court, it was in someone else's court where they had to take the shot and that's a very vulnerable place, you don't want to be (in it)," Pandya told India Today's Show 'Inspiration'. Pandya has not played since September last year but is expected to be back next month after being named in the India A squad for the upcoming tour of New Zealand. His inclusion will boost the Indian cricket team's depth as they prepare for the upcoming World T20 which will be played in October in Australia.

Pandya and Rahul tendered an "unconditional" apologies for their sexist comments during a TV chat show amid Committee of Administrators chief Vinod Rai saying that the BCCI should correct the two players, not end their careers. However, despite the apologies tendered by the duo, 10 BCCI units demanded a Special General Meeting to appoint an ombudsman for carrying out an inquiry.

The situation came into light with this one conversation when Johar was asking questions about not asking women’s name in a night club and what do men talk about. 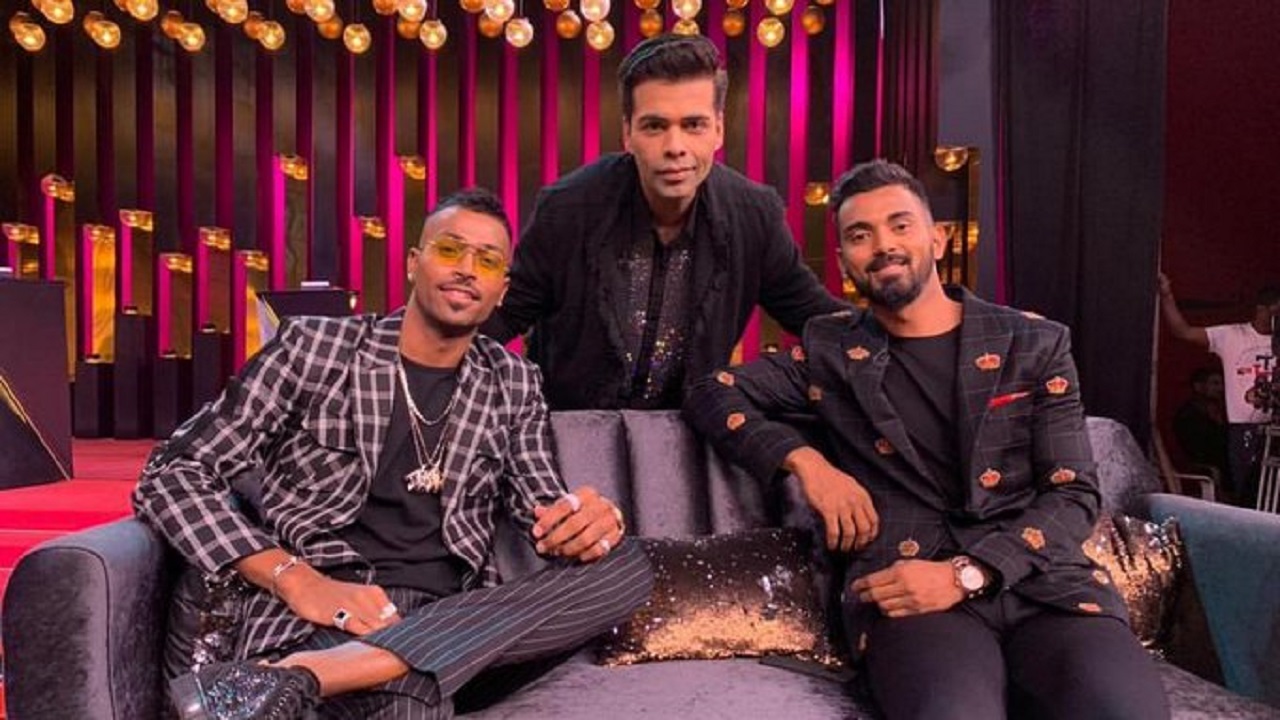 Hardik Pandya's remarks about women came at the heights of the #MeToo movement in India. (Image credit: Twitter)

To this, Pandya replied, "I like to watch and observe how they (women) move. I'm little from the black side so I need to see how they move." Pandya also boasted about how he casually discussed his sex life with his parents. "When I lost my virginity, I came home and said, 'Main karke aya hai aaj (I had sex today)'. At a party my parents asked me 'acha tera wala (women) kaun sa hai [who is your interest here?] so I said yeh, yeh, yeh (pointing out women)' and they were like 'waah proud of you beta'," Pandya replied with laughter.

Pandya later issued a statement which said, "I made an appearance on the chat show where I have made certain statements without realising that these could be disrespectful and offend sensitivities of viewers for which I am sincerely regretful. I would like to assure you that there was no malice or any sort of ill-intent on my part to offend anyone or portray any section of the society in bad light. I made these statements in the flow of the show and had not comprehended the extent to which my statements would be found offensive."