Haris Rauf, Who Has Been In Sensational Form For The Melbourne Stars In The Big Bash League, Has Been Included In The Pakistan Side For The Twenty20 Series Against Bangladesh While Mohammad Amir Has Been Axed.

Haris Rauf has been in sensational form for the Melbourne Stars in the ongoing 2019/20 Big Bash League in Australia. The Pakistan right-arm pacer has taken 16 wickets in seven games, including 13 from four games which included a haul of 5/27 against the Hobart Hurricanes in Moe. Rauf's sensational performance has seen him being included in the Pakistan squad for the upcoming three-match Twenty20 Internationals against Bangladesh cricket team. Along with Rauf, the squad sees two new names in Ahsan Ali and Amad Butt. There was no place for Mohammad Amir, Wahab Riaz, Imam-ul-Haq, Fakhar Zaman and Haris Sohail in the Pakistan team.

Amad is a bowling all-rounder and his main claim to fame is when he bowled the final over in the Asian Cricket Council Emerging Teams Cup at Dhaka in November 2019 against India in the semi-final. With India needing eight runs of the final over, Amad took a wicket and conceded just four runs as Pakistan won the match by three runs to enter the final where they defeated Bangladesh by 77 runs to win the title.

Ahsan Ali is a batsman who has had great success for Quetta Gladiators in the Pakistan Super League. The national selection committee, headed by head coach and chief selector Misbah-ul-Haq, replaced seven players who were part of the Pakistan squad that lost 0-2 to Australia in a T20 series late last year. Ali, Zaman, Sohail, Amir and Riaz were also members of the squad that lost 0-3 to Sri Lanka at home in October. The comebacks of Malik and Hafeez were on the cards since the last two played in the 50-over World Cup in England, but the selection of Rauf comes as a big surprise.

Aamir last year announced his shock retirement from Test cricket at the age of 27 to focus on white ball cricket and since then has faced lot of criticism over his decision and has been blamed for letting down Pakistan cricket. Misbah said that the changes were made to turn around Pakistan's performances in T20 cricket. 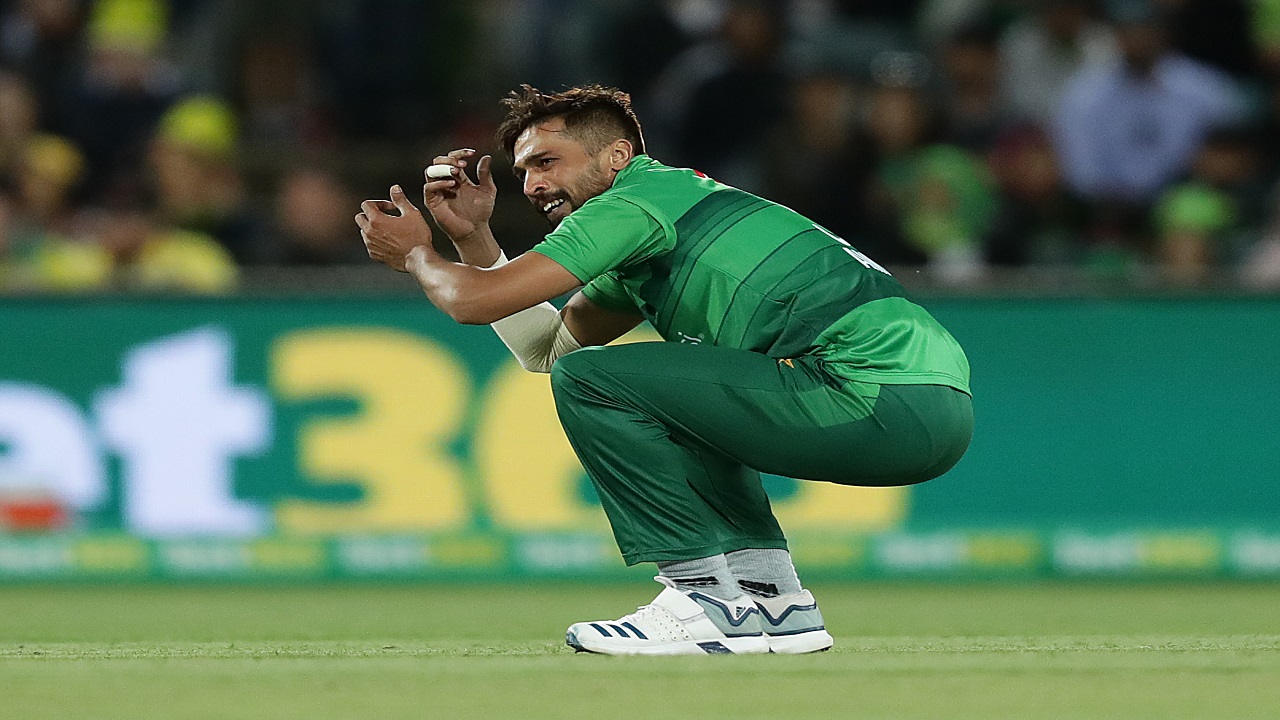 Mohammad Amir had a poor series against Australia which they lost 0-2. (Image credit: Getty Images)

"We have lost eight of our last nine T20Is and as the number-one ranked side, this is unacceptable. We need to end our losing streak and get back to winning habits leading to the upcoming Asia Cup and ICC T20 World Cup. This has played a critical role in our decision-making. We tried alternate combinations in the series against Sri Lanka and Australia, and obviously it didn't work the way we had expected. Hafeez and Shoaib (Malik) bring a total experience of 200 T20Is between them and if you mix these with the other youngsters we have in the side, then I think it becomes a good blend of experience and youth," Misbah said in a statement.

Misbah said the seven axed players are still in contention for places in the T20 World Cup-bound squad, provided they strike form at the earliest. "The seven players who have missed out on selection are by no means out of our planning but considering their recent form in international cricket and taking into account other strong performances in our National T20 Cup, we have decided to make these changes," he said. "The Pakistan Super League 2020 is starting in four weeks' time and if they can reclaim their winning form, then they will be back in contention for the upcoming assignments, including the Asia Cup and ICC T20 World Cup."