Harmanpreet Kaur's India Cricket Team Has Admitted That The Side Are Feeling 'restless' After Eight Days Of Not Playing Any Cricket Following Their Semi-final Clash Against England Which Was Abandoned Without A Single Ball Bowled Due To Rain.

Harmanpreet Kaur and the Indian cricket team are just a win away from creating history in the ICC Women's World T20. (Photo Credit: Getty Images)

Harmanpreet Kaur's Indian cricket team has put in a fabulous performance in the ICC Women's World T20 held in Australia. The Indian team won all their four league games and finished on top of their group. The advantage of winning all four games proved to be huge as their semi-final against England at the Sydney Cricket Ground was abandoned without a ball being bowled. Since they had finished higher in the group, India reached the final of the ICC Women's World T20 for the first time ever where they will take on Australia, the four-time champions in front of a potential world record crowd of 90,000 at the Melbourne Cricket Ground.

The washout in Sydney has put India one step closer to achieving a massive feat of winning the ICC Women's World T20 for the first time. A win could create a new revolution in women's cricket in India, similar to the lines of how Indian cricket was transformed in 1983 and 2007 when Kapil Dev and MS Dhoni won the World Cup and the World T20 tournaments. However, heading into the final, Harmanpreet Kaur has admitted that the team is 'restless' not just because of the high occasion of the final but because they have had no action for eight days.

After winning against Sri Lanka on February 29 at the Junction Oval, India have not had any competitive action since and with the washout in Sydney, Harmanpreet Kaur is slightly worried. "We haven't been outdoors much and we didn't manage to play the important game against England. We were all in touch and doing indoor training, but it doesn't give you full confidence because the surface is totally different. Everyone was in good touch and thinking what they can do for the team. We did get rest also because when you're playing for a long time, you need a break. No-one wanted to take rest, everyone was so keen, everyone was on the ground and ready to deal with the situation," Harmanpreet Kaur said.

The India women's cricket team started their campaign on the ultimate high by beating the defending champions by 17 runs in the first match at Sydney thanks to Poonam Yadav's 4/19 and Deepti Sharma's 49. Fast starts by Shafali Verma and Smriti Mandhana at the top have helped India start brilliantly. Against Bangladesh, they secured an 18-run win and they held their nerve against a blitz by Amelia Kerr as they defeated New Zealand by three runs. In their last game, Radha Yadav's 4/23 and Verma's aggressive knock helped India achieve a perfect record with a thumping win against Sri Lanka. 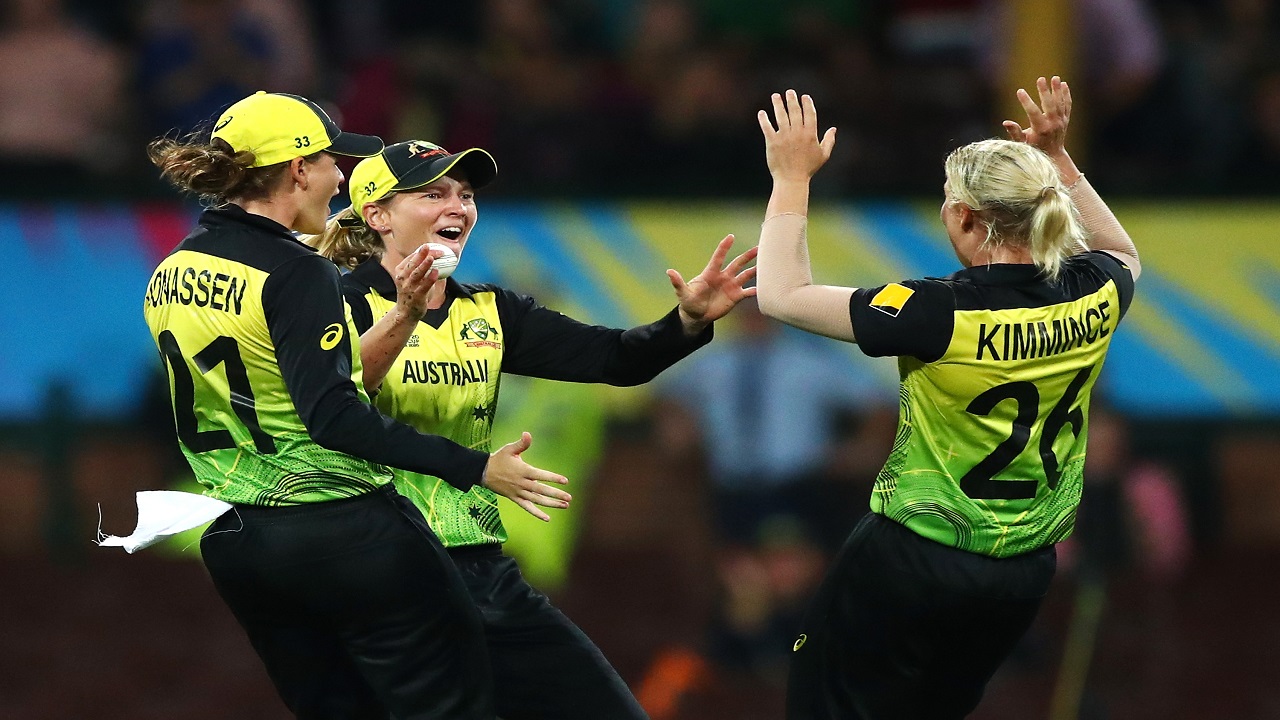 Meg Lanning's Australia cricket team will be determined to win the title for the fifth time. (Image credit: Getty Images)

The Australians recovered brilliantly after their loss to India as they defeated Bangladesh, Sri Lanka and overcame a spirited challenge from New Zealand. In the semi-final, they overcame the conditions and a desperate South Africa to enter the final for the sixth time. Thankfully, the weather in Melbourne is expected to be sunny and dry with minimal chances of rain.