Heather Knight Of England Became The First Woman Cricketer In History To Hit A Century In All Three Formats Of The Game As England Crushed Thailand While Pakistan Stunnd 2016 Champions West Indies At The Manuka Oval In Canberra.

Heather Knight has now smashed a century in all three formats of the game as England defeated Thailand in the ICC Women's World T20. (Photo Credit: Getty Images)

Heather Knight created history at the Manuka Oval in Canberra in the ongoing ICC Women's World T20 clash against Thailand as she smashed her first century in Twenty20 Internationals to create history. Knight became the first woman cricketer to score a century in all three formats. Knight smashed her first and so far only Test century against Australia in 2013 in Wormsley while she hit 106 against Pakistan in Leicester in 2017. With her T20I century in Canberra, Knight has carved a special place in women's cricket history.

In men's cricket, there have been 14 players who have scored a century in all three formats of the game. Chris Gayle, Brendon McCullum, Mahela Jayawardene, Suresh Raina, Tillakaratne Dilshan, Martin Guptill, Ahmed Shehzad, Faf du Plessis, Rohit Sharma, Shane Watson, Tamim Iqbal, KL Rahul, Glenn Maxwell and Kevin O'Brien are the players who have scored centuries in all three formats with no cricketer from Afghanistan, Zimbabwe and surprisingly, England. Knight's achievement has put all other England cricketers, male or female in the shade.

Thailand chose to bowl and they immediately sent shockwaves in the ICC Women's World T20 clash at the Manuka Oval when Nattaya Boochatham and Soraya Lateh took the wickets of Danielle Wyatt and Amy Jones for 0. However, Natalie Sciver and Knight ensured normalcy returned to world cricket. Sciver got going in the third over with two boundaries while Knight also got off the mark with a four. Both batters found the boundary on a regular basis as Knight outscored Sciver. 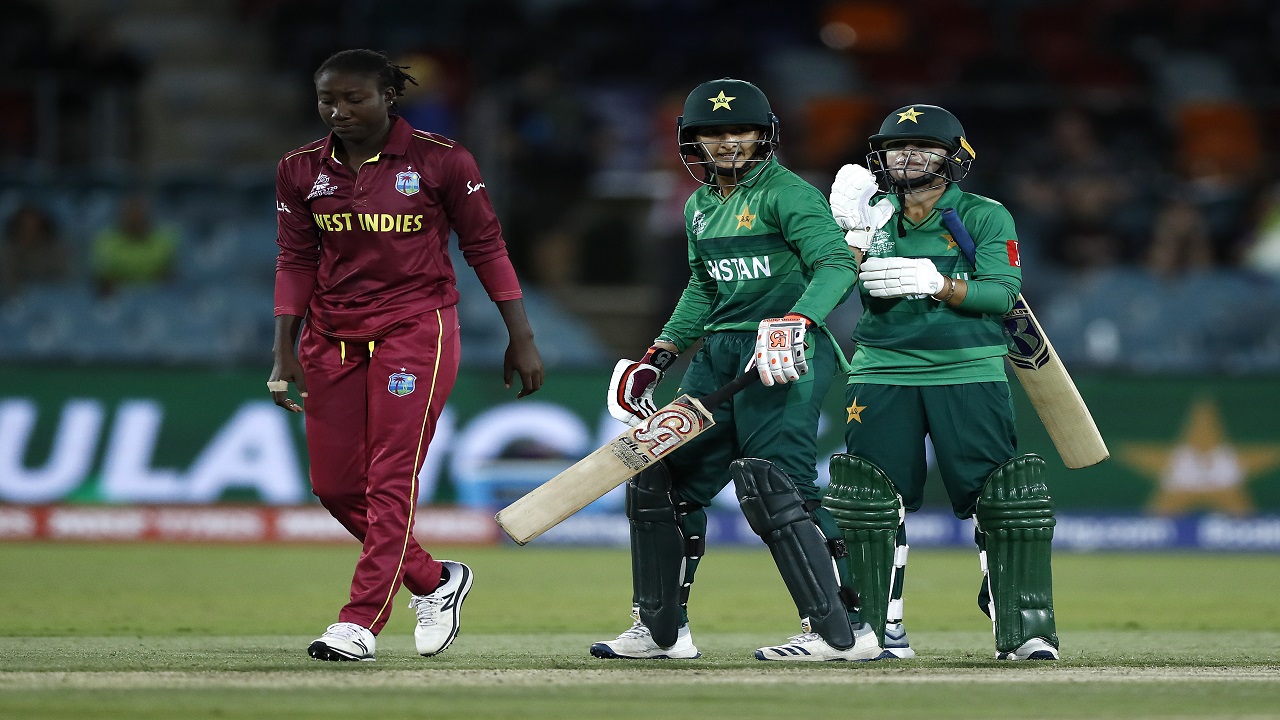 Knight hit a six off Ratanaporn Padunglerd as she reached her fifty in style. Chanida Sutthiruang was carted for a six by Knight as Sciver reached her fifty with a four and a couple. Knight neared her ton with a six and a four off Wongpaka Liengprasert and she reached her century in the final over off Chanida Sutthiruang as England ended on 176/2, with Knight unbeaten on 108*. In response, the Thailand batters simply failed to press on the accelerator and they ended on 78/7 with Nattakan Chantam ending on 32 and Anya Shrubsole taking 3/21.

In the other match of the day, Pakistan stunned 2016 champions West Indies by eight wickets in the second match at the Manuka Oval. A superb bowling performance from Diana Baig, Nida Dar and Aimen Anwer restricted West Indies to 124/7 and superb knocks from Javeria Khan and skipper Bismah Maroof helped Pakistan win the match by eight wickets and throw the entire Group B wide open. West Indies chose to bat but they lost Hayley Mathews in the first ball to Diana Baig and the Pakistan bowler struck again with the wicket of Lee-Ann Kirby.

When Nida Dar dismissed Deandra Dottin, West Indies were in big trouble and they needed a partnership of 63 between Stafanie Taylor the skipper and wicketkeeper Shemaine Campbelle. Both batters struggled to make smooth progress as the Pakistan bowlers exploited the slow pitch well. Campbelle hit two sixes off Baig and Nida Dar but she was trapped LBW to Anam Amin for 43. Taylor blasted two sixes off Aimen Anwer and Nida Dar but when Taylor fell for 43, West Indies simply stuttered and they ended on 124/7.

Muneeba Ali and Javeria Khan gave Pakistan a superb start with an opening stand of 58 as Pakistan thwarted the Windies bowlers. There was a slight hiccup when Javeria fell for 38 to Taylor while Muneeba was sent back for 25 by Afy Fletcher. However, Maroof and Nida Dar ensured that there would be no further jolts and they guided the Pakistan team home for their first win against the West Indies in the ICC Women's World T20.