The Australia Cricket Team Suffered A Big Blow On The Eve Of The ICC Women's World T20 As They Lost Pacer Tayla Vlaeminck To Fractured Foot And She Will Be Replaced By Molly Strano The Offspinner.

Molly Strano last played for Australia in 2017 when she played in games versus New Zealand and England. (Photo Credit: Getty Images)

Australia, the four-time ICC Women's World T20 champions, suffered a blow on the eve of the 2020 edition of the tournament as their pacer Tayla Vlaeminck was ruled out of the competition due to a fractured foot. Vlaeminck, who had picked seven wickets at an average of nine in the recently concluded Women's Twenty20 International Tri-series, was spotted with a moon boot and early reports had indicated that she would be a doubtful starter for the ICC Women's World T20. Scans revealed a stress response of the third metatarsal and signs of an early stress fracture of the navicular. In place of Vlaeminck, offspinner Molly Strano is the replacement in the Australia team.

Strano, who opens the bowling as well as bowls in the death for Melbourne Renegades in the Women's Big Bash League, last played for Australia in 2017 against England in Canberra. Strano made her debut against New Zealand in Melbourne and in five Twenty20 Internationals, she has taken seven wickets with her best of 5/10 coming against New Zealand in Geelong.

Head coach Matthew Mott said the entire squad was disappointed to lose Vlaeminck so close to the tournament, but was confident Strano would make a strong contribution to the group. "Tayla has been in brilliant form of late and established herself as one of the premier fast bowlers in international cricket. We are fortunate to have great depth across Australian cricket and Molly enters the squad in great form having recently been named the domestic player of the year," Mott said. 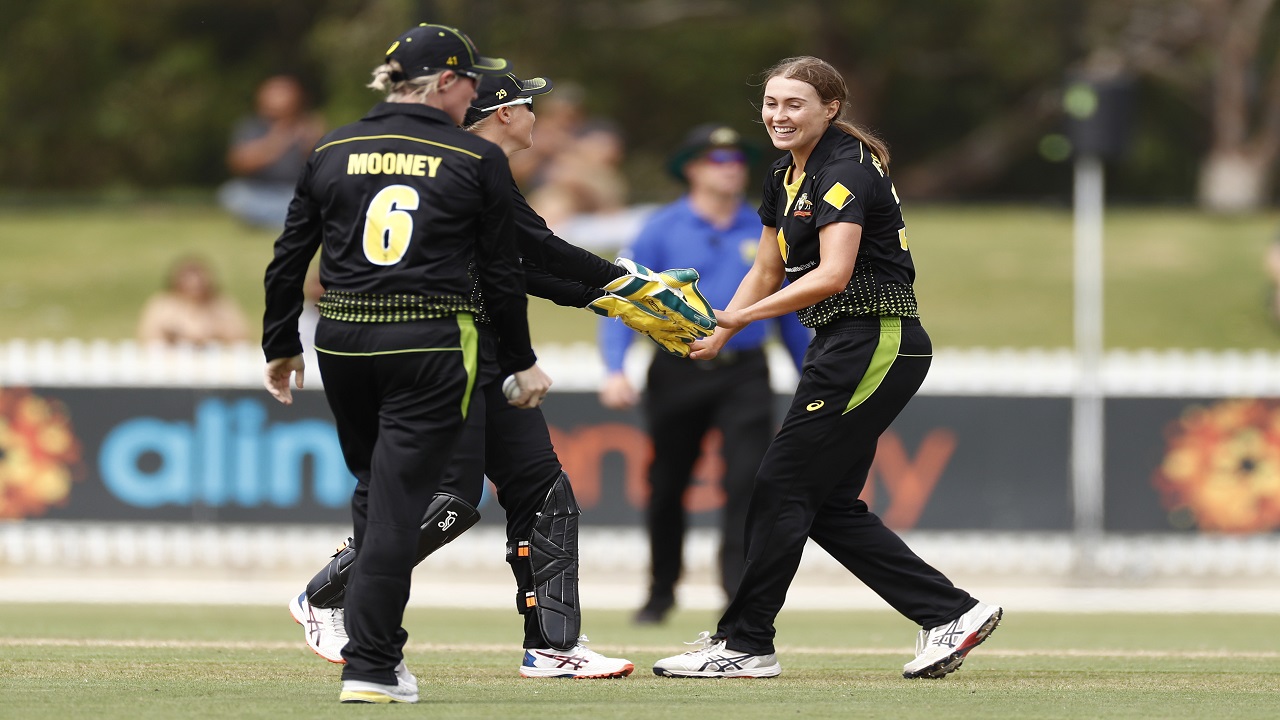 Speaking to the Australian Associated Press, Australia skipper Meg Lanning said Strano could start in the opening game against India at the Sydney Showground stadium. "She's definitely in contention to play tomorrow, as everyone is. She does have a good record against Verma. It’s something we will be thinking about. We will just have to have a good look at the wicket and decide what we think will be the best combination, and a lot of that will be down to match-ups," Lanning said. The skipper was referring to Shafali Verma, whom Strano dismissed five times in seven games for Australia A and the Governor General’s XI this summer.

India and Australia will be playing in the Women's World T20 for the fourth time, with Australia having won two matches. However, India won their last encounter in the 2018 World T20 clash in Providence, Guyana and they will be determined to repeat that performance again. Australia have been simply dominant. Apart from 2016, where they lost in the final, they have been dominant in all facets and they will be the odds-on favorite heading into the opening game in Sydney. They do have some areas of concern, particularly with Alyssa Healy.

The Australia woman wicketkeeper was the Player of the tournament in the 2018 edition but heading into the 2020 edition, she has been struggling for form. However, Australia possess the quality of Meg Lanning, Ellyse Perry, Jess Jonassen and Beth Mooney. Their batting and bowling, on any given day, helps Australia over the line.