The ICC Women's World T20 Final Between Australia And India At The Melbourne Cricket Ground Will See An Audience Of Close To 90,000 People In Attendance And This Itself Is A Momentous Feat In The History Of Women's Cricket.

India have entered the final of the ICC Women's World T20 for the first time after their clash against England in the semi-final was abandoned due to rain. (Photo Credit: Getty Images)

In a lot of ways, women's cricket has been more revolutionary and has broken down societal barriers in many ways than the men. The first Women's World Cup was held in 1973, two years earlier than the men. The first double century in one-day internationals was hit in 1997 by Australia's Belinda Clarke, 13 years before Sachin Tendulkar became the first men's player to hit 200 in 2010. In society, women's cricketers have broken down many barriers. In the 2020 edition of the ICC Women's World T20, there were two married couples playing. Dane van Niekerk and Marizanne Kapp, along with Katherine Brunt and Natalie Sciver are officially a couple playing for South Africa and England. In men's cricket, very few players, predominantly from England and Australia have opened up about their sexual orientation as compared to the women cricketers.

When women's cricket is so revolutionary, it is indeed surprising that it has taken so long to get the necessary accolades that it truly deserves. The patriarchal mindset in the sub-continent, garbed under the profit motive and the skewed coverage given to men's cricket have gone a long way in making the growth of women's cricket in India sluggish. On March 8, on International Women's Day, a very special occasion will take place at the Melbourne Cricket Ground. The ICC Women's World T20 final between India and Australia, two of the strongest teams currently in women's cricket, with the exception of England, are all set to do battle.

The ultimate clincher - a crowd of over 90,000 people are expected to throng to the MCG, defying coronavirus threats and cheering women cricketers on. On the eve of the final, over 75,000 tickets have already been sold. World Record Recognition The highest official crowd for a women'a sporting event was 90,185 at the Rose Bowl in California, USA during the FIFA Women's World Cup final between the United States and China in which the United States won 5-4 on penalties in a pulsating match. The crowd at the Melbourne Cricket Ground is expected to match or better it. The crowd of over 90,000 will be the biggest attendance not just in cricket but also create a new world record for a women's sporting event.

The 2020 edition of the ICC Women's World T20 is also special for the prize money. This tournament will see the winner pocket one million dollars as the prize money, which is an increase of 320 percent from the previous edition in 2018. There is a small print who might argue that the men's cricket team will win USD 3.5 million dollars for the October edition of the World T20 in Australia but women's cricket has finally breached the million mark. At The Hundred tournament which will be held in England, both men and women's teams are getting equal prize money.

Highlight Of The Struggles

The clash between India and Australia in the World T20 will be a clash of two teams that have endured their fair share of struggles. The Australian cricket team will be wanting to give the country something to smile for in a summer that saw the country devastated by the Bushfires. For the Indian cricket team, though, it is a moment where three years of hardwork all come together for their fight against acceptance and equality. For Shafali Verma, who disguised herself as a boy to play cricket in the regressive state of Haryana, the MCG is her journey towards complete fulfillment, having already become the No.1 T20I batter at the age of 16. 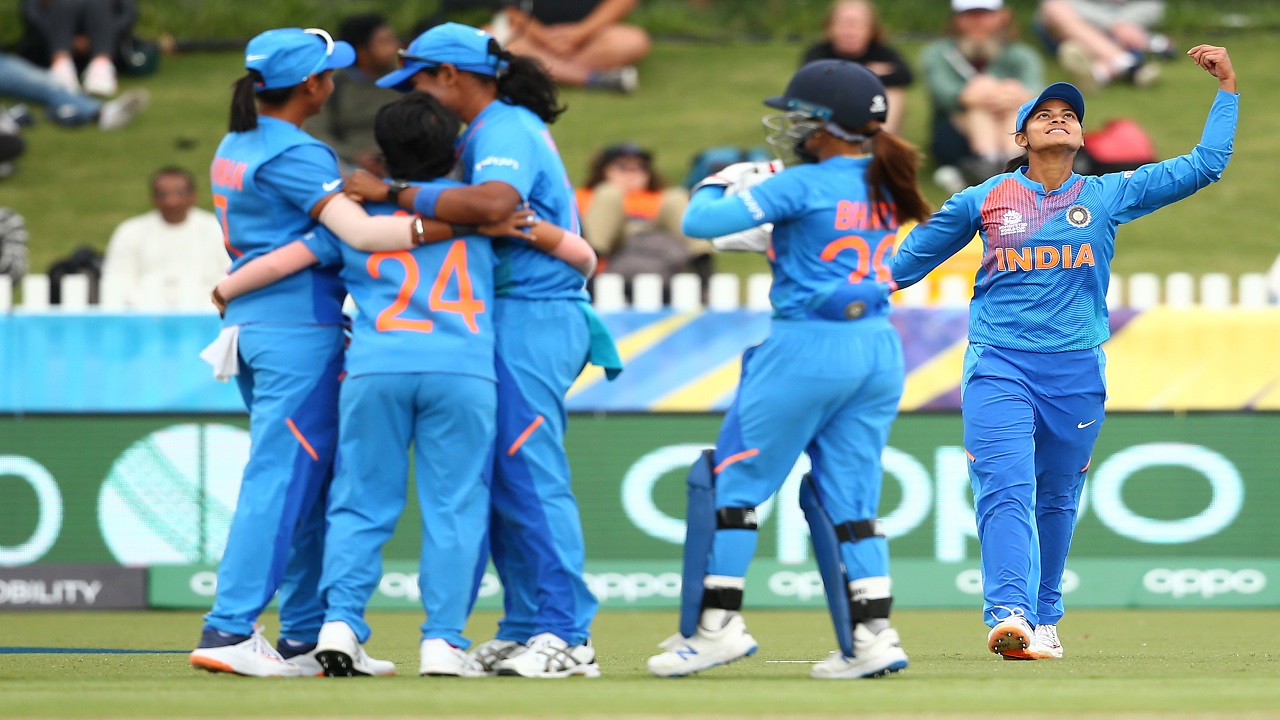 The Indian cricket team reached the 2017 ICC World Cup final in Lord's and have now made it to Melbourne as well. (Image credit: Getty Images)

For Harmanpreet Kaur, who clawed her way out of the scars in the ICC Women's World T20 in 2018, it is her moment of joy as she will get the blessings of her parents for the first time when they come to see her in action at the MCG. India has seen it a lot of times through their Bollywood films when the underdog fights the odds and achieves glory on the bigger stage. That is the current situation with the Indian women's cricket team.

For Poonam Yadav and Deepti Sharma, the Agra girls, they have a chance to live the life of their dreams. One hopes that this performance in Australia goes a long way for India in establishing parity in society for women cricketers and in general for women in society. A win in Melbourne will not only create a mini-revolution, it will cement the fact that for India's women, nothing is impossible. One hopes that Indian women cricketers get paid well, if not on par with the men's cricket in addition to the various felicitations that will come their way should they win in Melbourne.

"If we win, definitely we'll get a lot of attention and a lot of love from back home." That was the simple message from Harmanpreet on the eve of the final. On March 8, a win in Melbourne could go down with the dates of June 25, 1983, September 24, 2007 and April 2, 2011 as the golden days of Indian cricket that set them on the path of world dominance. For women's cricket, this date is already golden even before a ball is bowled and fans are grateful for this.