ICC Women's World T20: India Could Reach Final For First Time Even Before A Ball Is Bowled - This Is Why

Harmanpreet Kaur's Indian Women Team Could Reach The Final Of The ICC Women's World T20 For The First Time Even Before A Ball Is Bowled In The Semi-final Against England In Sydney As Rain Is Predicted To Washout The Entire Match.

Harmanpreet Kaur's India team are on the cusp of reaching the final of the ICC Women's World T20 for the first time as rain threatens to wash out the semi-final against England in Sydney. (Photo Credit: Getty Images)

Harmanpreet Kaur's India women's cricket team are on the cusp of history, having won all their league games to enter the semi-final of the ICC Women's World T20 for the third time. They defeated defending champions Australia, won a tight contest against Bangladesh and held their nerve in a pulsating encounter against New Zealand while they dominated the Sri Lankans. India will now take on England in a repeat of their 2018 ICC Women's World T20 semi-final at the Sydney Cricket Ground while the second semi-final will see South Africa take on four-time champions Australia. However, India could create history and reach the final of the ICC Women's World T20 even before a ball is bowled against England. The reason - rain.

The weather forecast in Sydney is slated for 86 percent chances of rain on the match day. Some experts have said that upto 10-20 mm of rain is forecast for the entire day, leaving both the semi-finals in danger of being washed out totally. With no reserve day scheduled for the semi-finals, India will go through to the final for the first time as they won their group while England finished second. The same holds true for South Africa. If their semi-final gets washed out, they will progress to the final as Australia finished second. A reserve day is slated only for the final encounter at the Melbourne Cricket Ground. 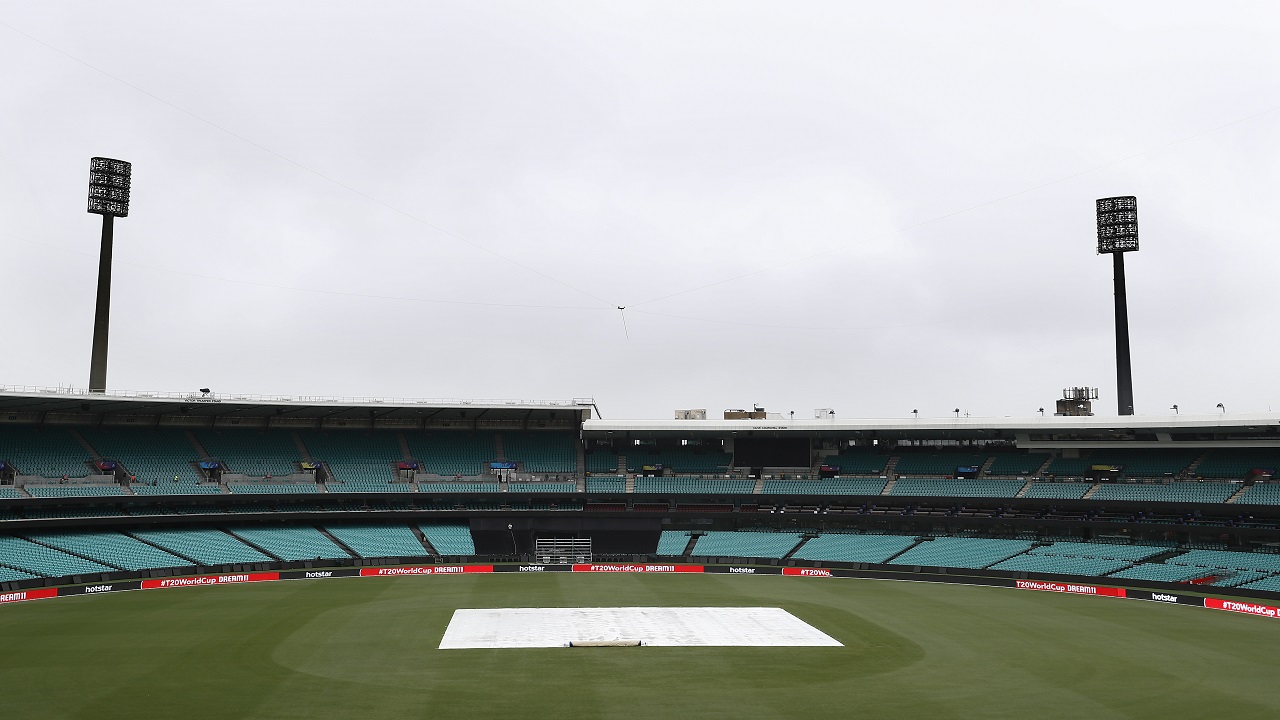 The weather for Sydney is slated for 86 percent chances of rain and there is no reserve day. (Image credit: Getty Images)

According to the tournament rules, the winners of the group in the semi-final get an entry into the final should the game be abandoned or there is a no result due to rain. Unlike men's cricket where a minimum of five overs constitutes a match, for the women's cricket contest, there has to be a minimum of 10-overs a side in order to constitute a game. If there is no toss even after one hour from the scheduled start of play, then teams start losing overs.

When the Men's Big Bash League final was slated to be held in Sydney, there were concerns that the tournament final could be washed out without a ball being bowled. Torrential rain had dominated the build-up of the Big Bash League final and there were calls to move the final out of Sydney. The Bushfire Charity match, which was scheduled to be held in Sydney was moved to the Junction Oval in Melbourne. However, the match took place as the rain relented just enough to allow a 12-over contest.

Josh Philippe hit 52 and the likes of Nathan Lyon and Steve O'Keefe took two wickets apiece as they clinched their second Big Bash League title with a 19-run win. Speaking before the start of the final, Harmanpreet Kaur and Dane van Niekerk said it was sad that there was no reserve day. Harmanpreet said since it was an ICC rule, they could not discuss it much while van Niekerk and England skipper Heather Knight said a double wash-out, that too in a marquee ICC semi-final contest could force the cricketing body to look at the rules.