India A Suffer Heartbreak, Lose To New Zealand A By Five Runs In Deciding Match

Ishan Kishan's Knock Went In Vain As New Zealand A Held Their Nerve To Win By Five Runs On The Back Of A Brilliant Hundred By Mark Chapman And Kyle Jamieson's Four-wicket Haul.

India A needed 18 runs to win off 12 balls with Ishan Kishan batting brilliantly on 63 against New Zealand A in the deciding match at the Hagley Oval in Christchurch on Sunday. It looked like India A's winning run would continue but Ajaz Patel made things tense when he got the wickets of Axar Patel and Rahul Chahar. However, Kishan had smashed a crucial four and the equation boiled down to seven runs off the last over. After taking a single off the second ball, India A failed to support Kishan as Kyle Jamieson got the wickets of Sandeep Warrier and Ishan Porel off consecutive balls to give New Zealand A a five-run win in the final match to win the series 2-1. India A would be ruing the lack of support given to Kishan but they would be cursing themselves for not finishing off New Zealand A after reducing them to 105/6 after electing to bowl in Christchurch.

New Zealand A started badly when Rachin Ravindra was cleaned up by Ishan Porel for 1 and when George Worker, who had smashed 135 in the previous match fell for 6, New Zealand A were in trouble. Tom Bruce, the skipper, was also sent back by Porel for 1 but Glenn Phillips as well as Tom Blundell stitched a solid stand. Phillips started well with two fours off Warrier while he launched Porel for a big six. Blundell also got going with two fours off Warrier while Phillips eyed a fifty with a six off Vijay Shankar. Rahul Chahar, though, sent back Phillips for 35 but Blundell was joined by Chapman who smashed three boundaries to signal his confidence.

Out Of Trouble In the middle overs, New Zealand A suffered a jolt when Chahar and Axar Patel sent back Blundell and Cole McConchie. However, Chapman, who had settled into a good flow, kept rotating the strike while he found valuable support in Todd Astle, who smashed Krunal Pandya for a six and Porel for a boundary.

Chapman reached his fifty off 62 balls and he launched Chahar for two fours. With the runs coming steadily, India A failed to curb the flow of runs. Chapman hit a six off Porel and entered the 90s with two fours off Warrier while Astle reached his fifty off 60 balls. Jamieson and Chapman struck some lusty blows towards the end as New Zealand A smashed 93 runs in the final 10 overs to reach 270/7.

Prithvi Shaw and Ruturaj Gaekwad started aggressively for India, with both openers finding the fence on a regular basis. Shaw was the aggressor as he smashed two fours and a six off Jamieson and he reached his fifty off just 29 balls. India A were scoring at over six runs an over but Ajaz Patel ended the fun when Shaw fell for 55. Mayank Agarwal and Gaekwad kept the momentum steady and both batsmen helped India A sail past the 100-run mark in the 17th over. 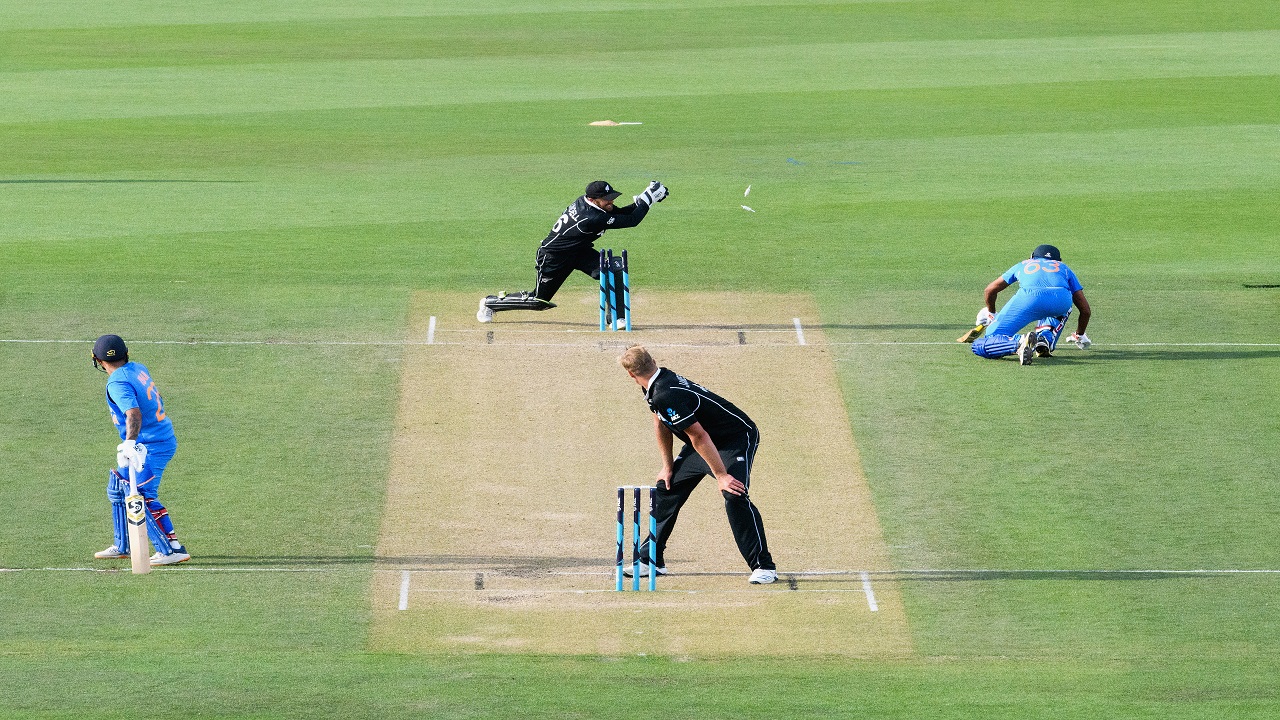 However, New Zealand A fought back brilliantly with Ajaz sending back Gaekwad and Jamieson accounting for Agarwal. The fall of the two quick wickets stalled momentum for India A with Suryakumar Yadav also falling to Jamieson for 5. Shankar and Kishan looked to get a partnership going and they were on the right track. However, Rachin Ravindra pegged India A back further with the wickets of Shankar and Krunal Pandya.

Axar and Kishan kept India A in the hunt as New Zealand A turned the momentum of the game. Kishan launched two fours off Jacob Duffy while Axar complimented him well with some aggressive play. However, when the pressure mounted, New Zealand A held their nerve and losing four quick wickets with Kishan settled at the other end proved to be the final nail in the coffin.

The action will now shift to the two four-day games, with the first one on January 30 at the Hagley Oval followed by the last match on February 7 at Lincoln.