KL Rahul Blasted 80 Off 52 Balls And He Was Well Backed Up By Shikhar Dhawan's 96 And Virat Kohli's 78 But Kuldeep Yadav's Two Wickets Of Steve Smith And Alex Carey Helped India Win The Rajkot Game And Level The Series.

KL Rahul finished the innings off in grand style as his 80 runs off 52 balls helped India beat Australia by 36 runs in Rajkot. (Photo Credit: Getty Images)

KL Rahul targeted Mitchell Starc and Pat Cummins in the end overs as his 52-ball 80 helped India score 53 runs in the final five overs to help India reach 340/6. Steve Smith was in fine form and along with Marnus Labuschagne was helping Australia stay in the contest. Ravindra Jadeja gave Rajkot plenty to smile when he had Labuschagne caught at long off but Smith neared a ton. In the 38th over, Kuldeep chose to turn the course of the match in India's favour just like he had done in Kolkata against the same opponents in 2017 as well as against West Indies in Vizag 2019. Kuldeep removed Carey but with his next ball, he denied Smith his ninth century as he dragged a slow legbreak back onto the stumps. If Smith's century was denied, Kuldeep registered his ton as the wicket of Carey was his 100th in ODIs. Mohammed Shami killed the contest with the wickets of Ashton Turner and Pat Cummins. India finally broke the Rajkot jinx by winning for the first time at the Saurashtra Cricket Association stadium as they clinched the 2nd ODI by 36 runs to level the three-match series on Friday.

In Mumbai, India were totally outplayed when it came to the batting, bowling and fielding. In Rajkot, they were a totally transformed unit. The batsmen, led by Shikhar Dhawan's brilliant 96 and Virat Kohli's 78 laid the foundation for Rahul to launch his assault. In the field, India were boosted by some brilliance when David Warner laced a full ball from Shami to cover only for Manish Pandey to leap and take a one-handed catch over his head. Finch and Smith looked to get going and the Australian skipper looked to continue his good form.

Smith got going with three boundaries off Navdeep Saini but just when Australia were looking at maintaining the momentum, Jadeja struck when he had Finch stumped with a delivery that spun away. The third umpire was looking at replays and it felt like Finch would get the benefit of doubt but the umpire gave him his marching orders. Smith In Top Form Australia still had the services of Labuschagne and Smith but it was Australia's supreme run-maker who took the attack to the opposition. Both batsmen cleverly rotated the strike and kept the run-rate over six. Labuschagne looked fluid and Smith found the boundary when the opportunity presented. 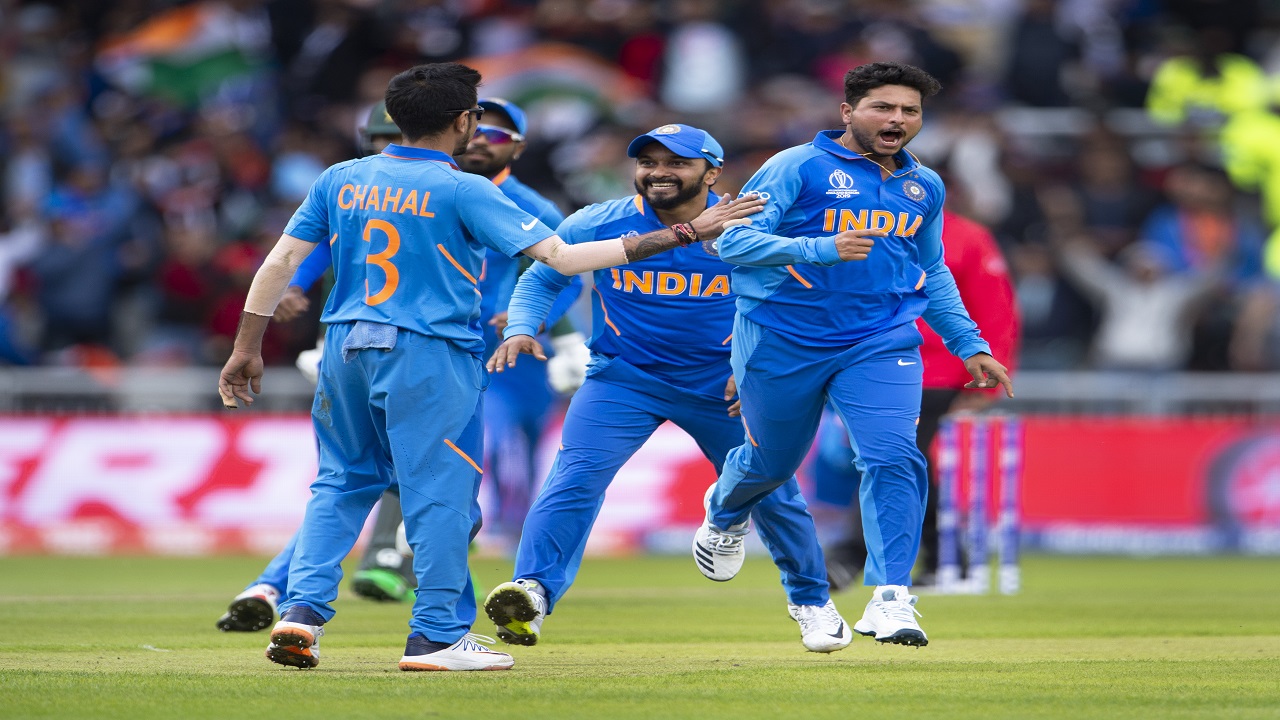 The 96-run stand ended when Labuschagne suffered a lapse in concentration but Smith continued on his vain. He stormed through the 80s and neared his century when he launched Jadeja over deep midwicket for a 90-meter six. That was when Kuldeep denied Smith his century. Ashton Agar struck some boundaries and one of the shots had a worrisome sight for India as Rohit Sharma landed heavily on his shoulder and was taken off the field. India would be hoping that Rohit is fit for Bangalore as well as for the series against New Zealand. Apart from Kuldeep, Shami and Saini took wickets and despite some entertainment from Kane Richardson at the end, Australia ended up short.

Australia once again chose to bat after winning the toss but unlike Mumbai, both Dhawan and Rohit Sharma took their time and got their eye in. Like in Mumbai, it was Dhawan who took the attack to Australia as he targeted Starc while Rohit cautiously got going. Both Rohit and Dhawan found the boundary every over and it was the left-hander who carried on despite getting a blow on the chest by a Pat Cummins short ball which forced him off the field for Australia's innings. Adam Zampa, who was impressive in Mumbai, struck when Rohit missed the sweep and fell over to depart for 42. 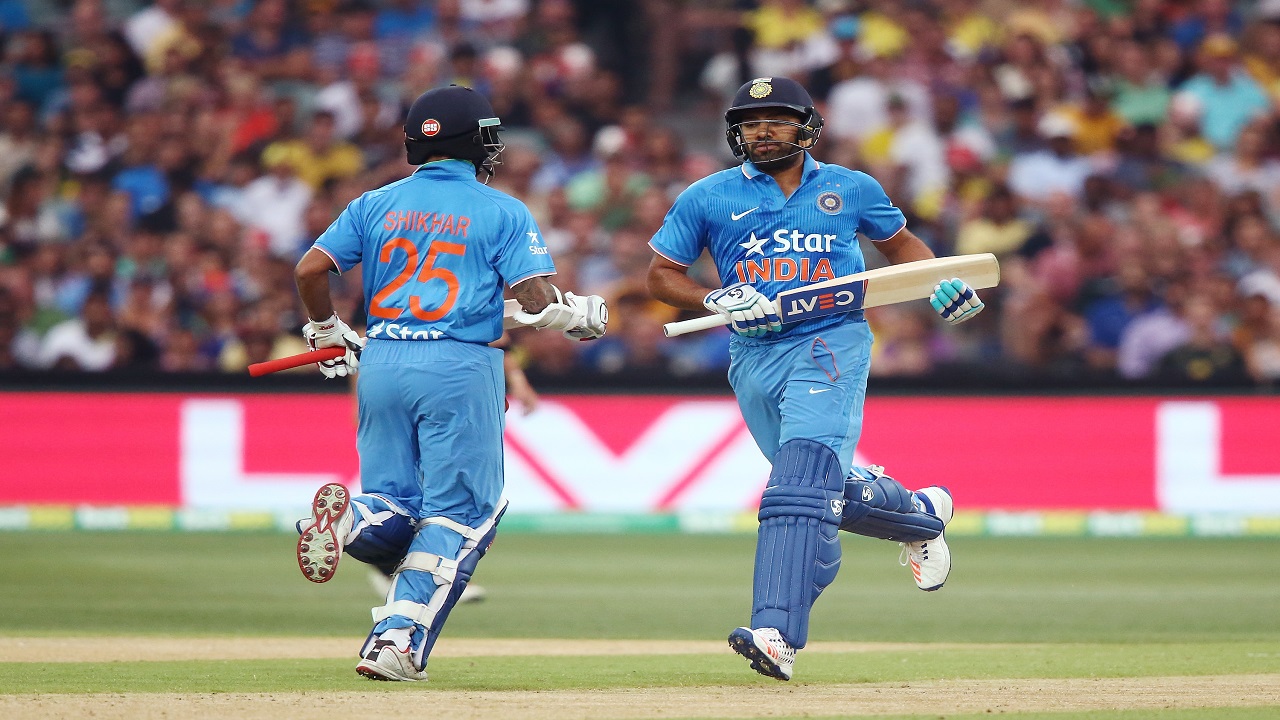 Kohli showed his form with a classy drive off Cummins. With the pacers struggling with their line and length, the spinners also failed to keep the runs down. Dhawan notched up his fifty and he celebrated the milestone with two fours off Agar. The left-hander continued to punish Agar by hammering a six and a four and he neared his century with two fours off Labuschagne and Kane Richardson. However, Richardson had the last laugh as Dhawan pulled a short ball on leg stump straight down long leg's throat to fall for 96. Shreyas Iyer fell to a horror shot as he missed a slog off Zampa while Kohli neared his fifty with two fours off Starc.

Kohli notched up his 56th fifty and pounded Cummins for two fours. At the other end, Rahul was scoring at better than a run-a-ball and Australia were facing the prospect of chasing a big score. Agar was pummelled for a six by Rahul. Australia, though, had something to smile when zampa got rid of Kohli for the fifth time as the Indian skipper miscued the lofted shot and it took a brilliant relay catch from Agar and Starc to send him back. Manish Pandey miscued a pull shot off Richardson.

That set the stage for Rahul and he unleased on a wayward Starc as he pummelled him for a six and a four. Cummins was also harshly dealt with as his blitz helped India register a score which proved to be beyond Australia and ensure the Bangalore game would be the decider.