Harmanpreet Kaur's Indian Cricket Team Put Up A Clinical Display To Thrash Sri Lanka By Seven Wickets And Stay Unbeaten In The League Stage Thanks To Shafali Verma's 46 And Radha Yadav's Brilliant 4/23 At The Junction Oval In Melbourne.

Radha Yadav picked up her best haul with 4/23 as India thrashed Sri Lanka by seven wickets at the Junction Oval in Melbourne. (Photo Credit: Getty Images)

Radha Yadav's brilliant spell of 4/23 and Shafali Verma's powerful 47 ensured India stayed unbeaten in the league stage of the ICC Women's World T20 as Harmanpreet Kaur's side registered a seven-wicket win against Sri Lanka at the Junction Oval in Melbourne on Saturday. On a slow and sluggish pitch which earlier saw New Zealand getting bowled out for 91 against Bangladesh, only for Bangladesh to spectacularly botch it up by getting bowled out for 74, Sri Lanka also found the going tough against the India's spinning quartet of Deepti Sharma, Radha Yadav, Rajeshwari Gayakwad and Poonam Yadav.

Sri Lanka chose to bat and skipper Chamari Athapaththu said a total in excess of 120 would be defendable. The skipper led the call from the front with two boundaries at the start but Deepti Sharma sent back Umesha Thimashini for 2. Athapaththu, along with Harshitha Madavi, looked to stitch a solid stand. In the fourth over, both batters got a four each of Shikha Pandey. However, Madavi dragged a slow, loopy ball from Rajeshwari Gayakwad back onto the stumps but Sri Lanka were dealt a body blow when Athapaththu slogged a short ball from Radha Yadav straight to long leg after hitting a six off the previous delivery.

With Athapaththu gone for 33, the rest of the Sri Lankan batting folded up. Hasini Perera was Radha Yadav's next victim. Although Hansima Karunarathna and Shashikala Siriwardene tried to up the ante, they found the going tough. Karunarathna holed out to long on for 7 off Radha Yadav thanks to a fine, balanced catch close to the boundary by Veda Krishnamurthy. 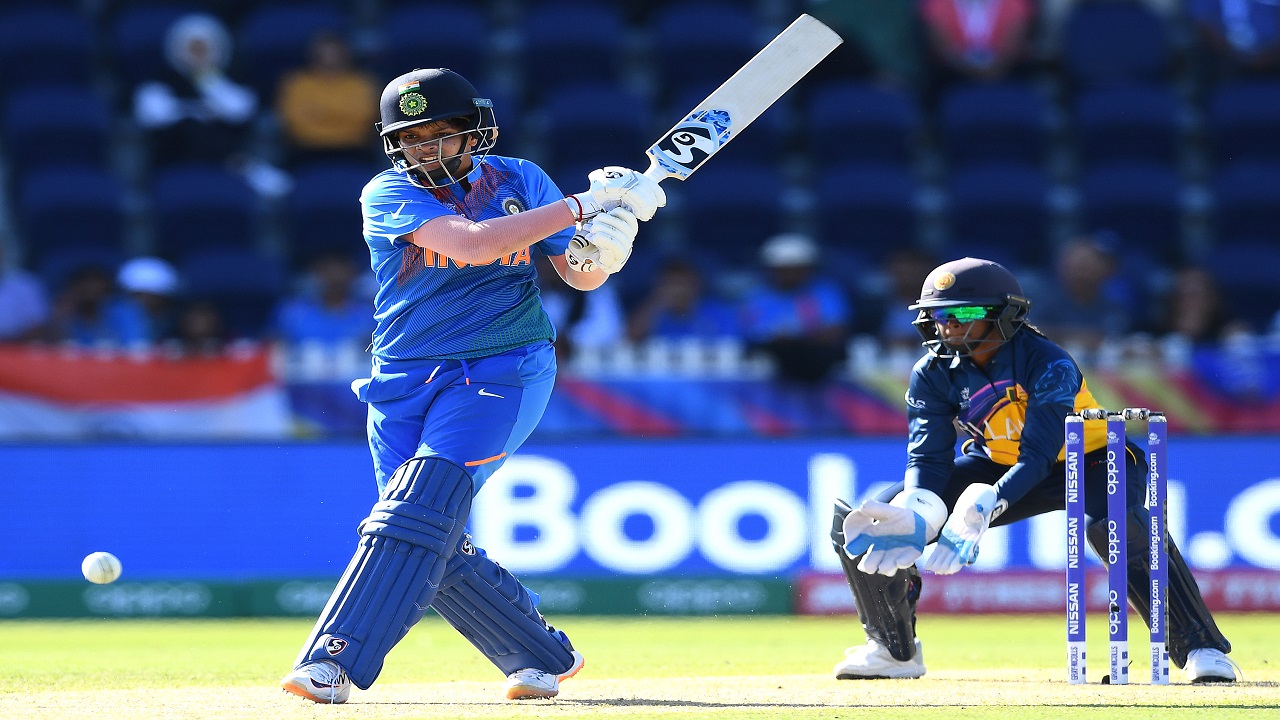 Gayakwad got rid of Siriwardene and when Radha Yadav trapped Anushka Sanjeewani forearm before wicket for her fourth wicket, Sri Lanka looked in danger of not getting to 100. Kavisha Dilhari struck some lusty blows as Shikha Pandey and Poonam Yadav got into the wickets towards the close. Dilhari struck Pandey for a four off the last ball but Sri Lanka's total of 113/9 was not going to challenge India, especially when Shafali Verma was in fine form.

Shafali Verma got off the mark with a boundary but it was Smriti Mandhana who showed her intent with three boundaries. Sri Lanka did themselves no favours when they dropped Verma on 5 and they once again committed the cardinal sin when they dropped her again on 13. Sri Lanka had something to smile when Udeshika Prabhodani got the wicket of Mandhana for 17 but Verma killed the contest with two fours and a six off Siriwardene.

Harmanpreet Kaur promoted herself up the order in the quest for some form and she looked good with two fours and a six off Athapaththu. Verma, though, was in a hurry. Employing the exaggerated shuffle to the off side, she took full toll on Siriwardene as India coasted towards a win. Harmanpreet, though, fell to Siriwardene for 15 but Verma missed out on the chance to reach her first ICC World T20 fifty as she was run-out for 47, having almost collided with Jemimah Rodrigues mid-pitch which slowed her down.

Rodrigues and Deepti Sharma calmly guided India over the line. After the match, Harmanpreet lavished praise on Verma and urged her to continue on her aggressive ways. "Shafali is someone who loves to play big shots, and we don't want to stop her. She should continue doing the same and she should continue enjoying her game," Harmanpreet said as India look set to continue the good run heading into the semi-finals.