The Rajkot ODI Between India And Australia Saw No Centuries Being Scored But It Created A New Record Of Most Runs Being Scored Without A Single Three-figure Score By A Batsman.

India defeated Australia by 36 runs in the second ODI in Rajkot to level the three-match series 1-1. (Photo Credit: BCCI Twitter)

The Rajkot ODI between India and Australia on Friday witnessed a high-scoring match at the Saurashtra Cricket Association stadium. Shikhar Dhawan's brilliant 96 and a blitz from KL Rahul, backed by skipper Virat Kohli's aggressive 78 helped India register a total of 340/6. In response, Steve Smith hammered 98 but was unluckily bowled by Kuldeep Yadav as Australia fell short by 36 runs to be bowled out for 304. The 36-run win for India saw the series being level 1-1 with the final match in Bangalore a straight shoot-out for the series. However, the match in Rajkot saw a rare feat which resulted in a record. The highest individual score by a batsman in both teams was 96 and 98 by Dhawan and Smith respectively.

The total tally of runs for the match was 644 in the match and this was a new record for most runs scored in an ODI in India without an individual century. This is the fourth time that this has happened in India and it eclipsed the previous record set in 2007 of 643 runs between Asia XI and Africa XI in Chennai. In that match, Virender Sehwag, Sourav Ganguly and Mohammad Yousuf scored fifties to help Asia XI reach 337/7. In response, Boeta Dippenaar and Mark Boucher hit 67 and 73 as Africa XI fell short by 31 runs. The total of 643 runs was the highest in an ODI in India without a century and this has been broken 13 years later.

Not The First Time In Rajkot

In fact, this is not the first time that Rajkot has been a venue where batsmen have not scored a century in a high-scoring match. In the 2013 ODI between India and England, which was the first match at the new Saurashtra Cricket Association stadium, Alastair Cook and Ian Bell hit 75 and 88 respectively to boost England to 325/4. Gautam Gambhir, Yuvraj Singh and Suresh Raina hit fifties but India fell short by nine runs as they were all out for 316. The combined tally in the match was 641.

England and India were once again in the middle of a high-scoring contest, this time in 2017 at the Eden Gardens in Kolkata but the match saw no centuries. Jason Roy, Jonny Bairstow and Ben Stokes all hit fifties and the highest score from India was Kedar Jadhav who hit 90. Jadhav was backed by fifties from Virat Kohli and Hardik Pandya but India lost the match by five runs. 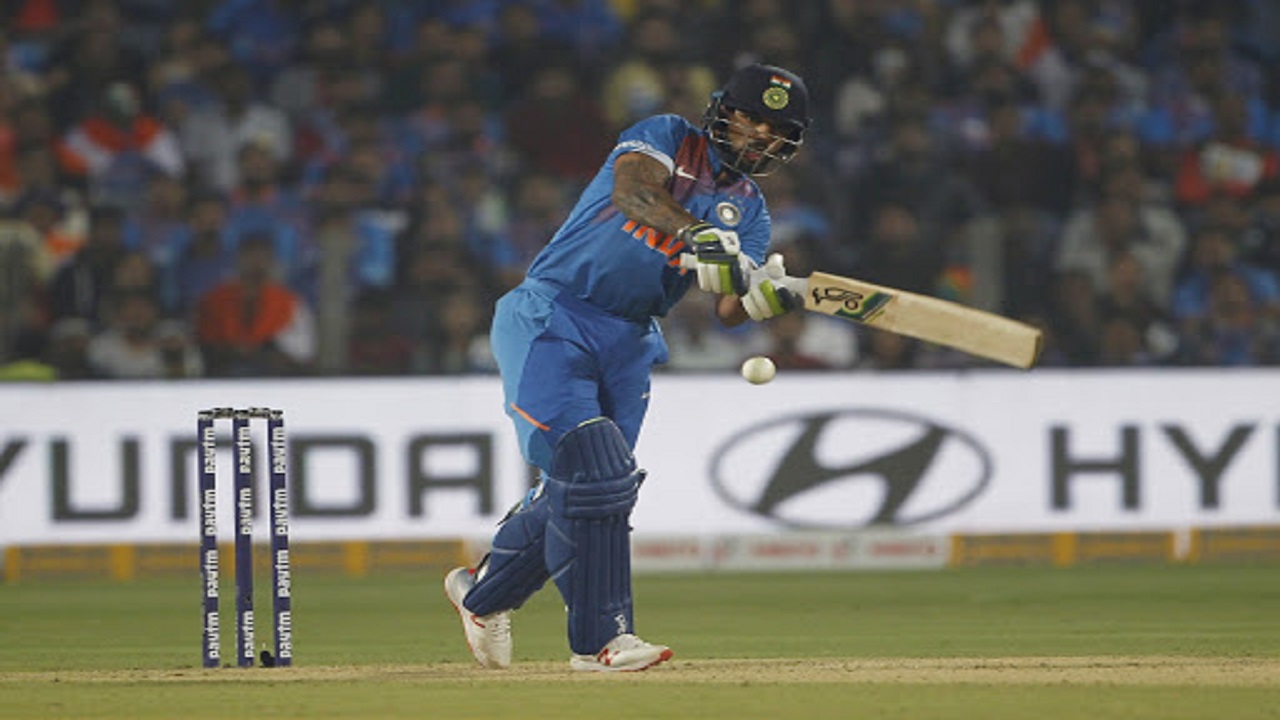 The highest-ever score in an ODI which featured no individual centuries was 656 and it came in the clash between South Africa and Australia in Port Elizabeth in 2002. In that match, South Africa smashed 326/4 with Graeme Smith hitting 84 and he was backed by knocks of 80 and 71 from Jacques Kallis and Jonty Rhodes.

In response, Australia chased the total down to win by three wickets with five balls to spare. Australia were boosted by knocks of 92 from Ricky Ponting, 91 from Darren Lehmann and a 34-ball 52 from Adam Gilchrist. This was at that time, the highest successful run-chase in ODIs.