R Sridhar, The Fielding Coach Of The Indian Cricket Team, Has Admitted That The Fielding Standards In The Side Have Dropped And That They Need To Figure Out The Problem Areas.

In the last couple of series, the Indian cricket team has developed a very disturbing pattern. The frequency of dropped catches has increased starting from the series against West Indies. In the Thiruvananthapuram Twenty20 International, the likes of Washington Sundar, Rohit Sharma, Virat Kohli as well as Sanju Samson dropped catches at vital times. Even during the Vizag ODI, Sundar dropped a catch but it did not hurt India much. In the Twenty20s, Kohli took some catches but also dropped a catch. In the Hamilton ODI, Kuldeep Yadav dropped a big chance of Ross Taylor on 11 and the right-hander thumped a brilliant century to help New Zealand win by four wickets and take a 1-0 lead in the three-match series.

Speaking ahead of the second ODI at Eden Park in Auckland, India's fielding coach R Sridhar acknowledged that India's fielding has dipped and at best, it has been average in the last four months starting from the West Indies series.

"The West Indies series at home was somewhere we really dropped. We were average, to say the least. But definitely we have not lived to the standards as we did in the world Cup or even in the build-up to the World Cup in the last couple years. We keep reminding the players about attention to basic detail. In a T20 game, each fielder has to be his own captain. He need not wait for the captain to move him or the bowler to move him in a certain direction or to a certain position. We try and tell them to think ahead of the game, you as a fielder captain yourself, see which way the breeze is, which way the batsman's tendencies to hit are, what's the bowler's plan and position accordingly. So we empower the fielders so that they can become their own captain and they can take decisions on their own because the captain has got too much on his plate at certain times. That's what we speak about," Sridhar said.

The Indian cricket team has endured a continuous period of touring ever since the start of 2020. After the three ODIs against Australia, India set off for the tour of New Zealand five days later. Kohli admitted that they were jet-lagged but it did not reflect on their performances as they won the series 5-0. However, the continuous touring and the hectic schedule seems to have had an impact with only one full session of practice being undertaken. Sridhar, though, refused to blame the schedule for their fielding woes. 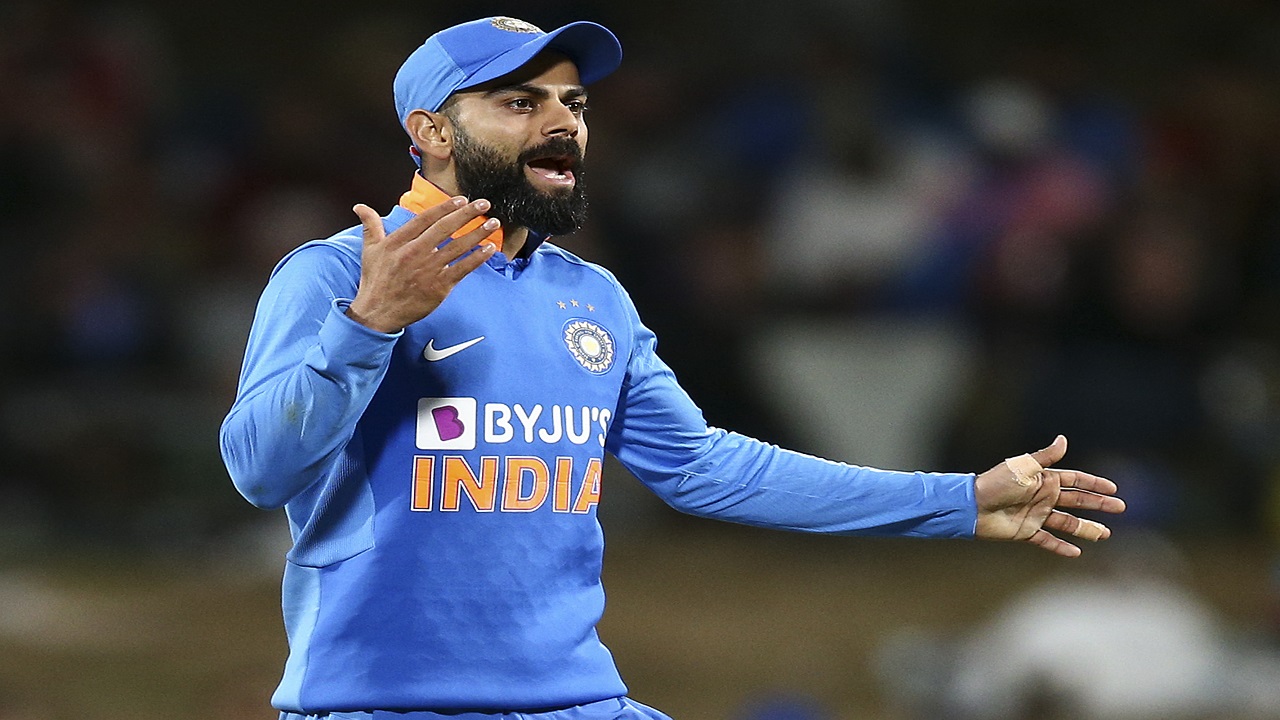 "That's the nature of the current schedule, we have to take it. We have to play around it but we hardly had a session during the entire T20 schedule. There is not much we can put in in terms of technical work on the ground. Apart from that, we do have a look at the videos and see what led to an error. It need not always be a technical error every time there is a fumble or a dropped catch. We need to know whether it could be a tactical position error or the mind not being in the right place, so many things that can lead to it. It is a tight schedule but it is not a complaint and it is not an excuse at all. We need to be better," Sridhar said.

In the first ODI, Manish Pandey had a shy at the bowler's end but that went for four overthrows but the game-changer was Kuldeep's catch which was shelled at long leg off Taylor. Sridhar had contrasting viewpoints about the fielding efforts.

"You can bargain four runs for a wicket and it was the best player who was there at that time. These things happen, you can't look too deep into that. ...that catch (Kuldeep) should have been taken. Probably it was after his first over, maybe he was thinking about his previous over, could be anything. It could not be a technical aspect at all. We are trying to get better but we were average. There is no doubt about that. We can get better," Sridhar said.

Sridhar said players will be spoken with to figure out the problem areas. "There are a lot of things we need to address. We will actually have dialogues with the player and see what is more important for a player and then go about it in that way. We do the listening more than the talking. We take the feedback from the players and if there is anything to be added, we surely add our perspective and then the best possible decision is taken to get the best out of the player each time he goes out on the park," Sridhar said.