Virat Kohli's Indian Cricket Team Will Gear Up To Face New Zealand In The Five Twenty20 International Series But They Will Look To Turnaround Their Poor Record Against The Blackcaps In The Shortest Format.

New Zealand have a great record against India in Twenty20 Internationals and this will be their first contest ever since the 2019 ICC Cricket World Cup semi-final. (Photo Credit: Getty Images)

Virat Kohli's Indian cricket team are in Twenty20 gear. In the year 2020, they are gearing up for their biggest and possibly their toughest assignment as they prepare for the World T20 in October held in Australia. India vs West Indies is considered an intriguing contest but Kohli's side have held the wood over the two-time World T20 champions in the last three years, winning seven out of eight contests. India vs Australia is considered a marquee contest but Kohli's side still hold the edge. India vs England is an even contest while South Africa have always struggled against India, barring in 2015.

If there is one team though, that India have struggled in the shortest format, it is New Zealand. For a long time, New Zealand have been labelled as the dark horses who punch above their weight in major competitions and contests. This holds true for the ICC World Cups and against India in particular. India's Twenty20 International record is simply magnificent with an even or positive win-loss ratio against every team barring New Zealand. In 11 T20Is, India have won just three and lost eight. In New Zealand, they have won just once while in the World T20, they have never won against the Blackcaps.

If one looks at the first four contests, the matches were close and could have gone either way in changing the scoreline. India's first clash against New Zealand took place in Johannesburg in the 2007 World T20. Virender Sehwag and Gautam Gambhir started brilliantly in their chase of 190 but Daniel Vettori's 4/20 gave New Zealand a narrow 10-run win. It was India's loss to New Zealand that opened the whole group up and it needed an epic choke from South Africa to help both India and New Zealand reach the semi-final.

In their first encounter in New Zealand, Brendon McCullum's blitz blew them away but in the second match, Rohit Sharma failed to grab on to a tough catch last ball as India lost by five wickets to be whitewashed 2-0. In 2012, after the first game was abandoned, New Zealand, particularly James Franklin held his nerve against Suresh Raina, Yuvraj Singh and MS Dhoni as the Blackcaps won by one run in Chennai. New Zealand made it 5-0 during the 2016 World T20 as Kane Williamson's tactical masterclass to rest his two best pacers in Tim Southee and Trent Boult on a slow Nagpur wickt yielded rich results as Mitchell Santner's 4/11, Ish Sodhi's 3/18 and Nathan McCullum's 2/15 helped New Zealand defend 126 by bowling India out for 79. 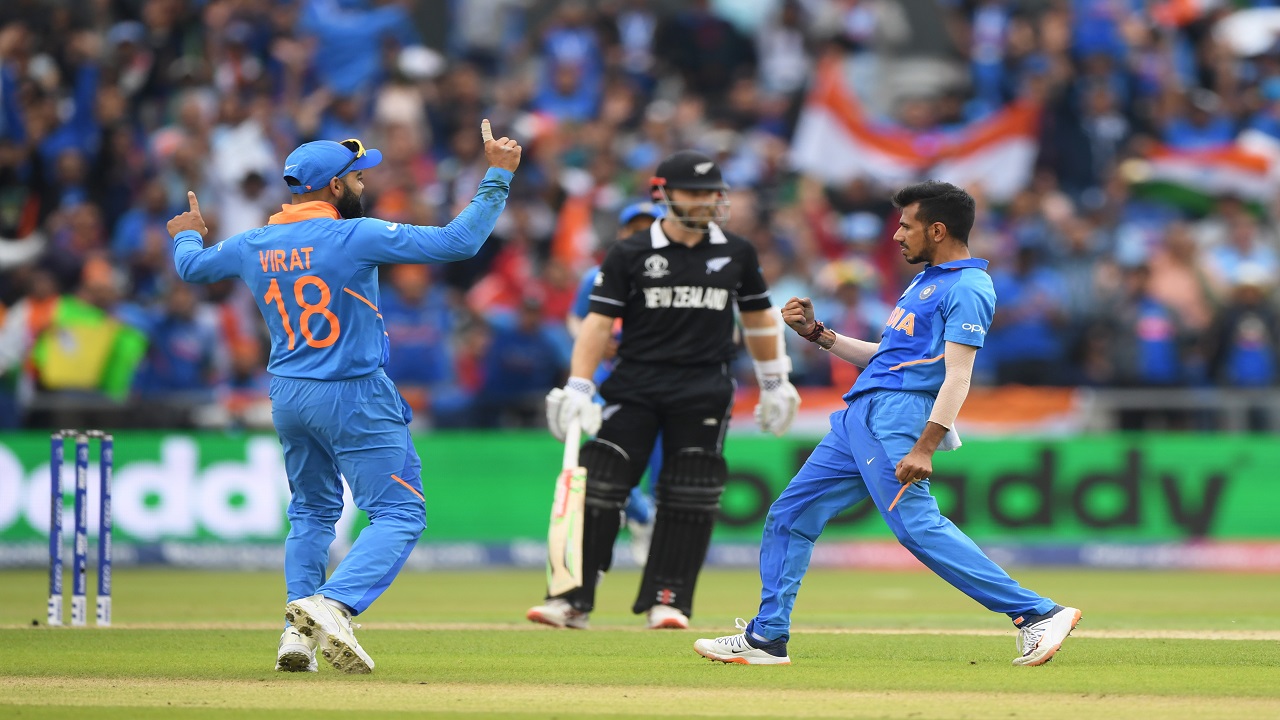 India have won only one out of five Twenty20 International contests in New Zealand. (Image credit: Getty Images)

India finally broke the jinx when they gave Ashish Nehra a fitting farewell from cricket with their first win against New Zealand in the clash in Delhi in 2017. However, New Zealand came back on level terms with a 40-run win in Rajkot while India held their nerve in a rain-affected game in Thiruvanathapuram to win by six runs. When India came to New Zealand in 2019, they were hammered by 80 runs in Wellington but India ended their nightmare in the 'Land of the White Cloud' with a seven-wicket win in Auckland. However, New Zealand were helped by a misjudgment from Dinesh Karthik as they won the final game in Hamilton by four runs to win the series 2-1.

Big Chance For India This Time

Heading into the five-match series though, India hold all the aces. In their bowling, they have the likes of Jasprit Bumrah and Mohammed Shami, along with the guile of either Kuldeep Yadav and Yuzvendra Chahal to turn the course of the match. In the batting, the top order of Rohit Sharma, KL Rahul and Virat Kohli are enough to flatten any bowling attacks. With the pitches in New Zealand flattening out and with boundaries small, India are covered on all bases.

For New Zealand, the absence of Boult and Lockie Ferguson depletes their bowling massively. With Kane Williamson also not in form, it will be very hard for New Zealand to maintain their superior head-to-head record against India in this format. However, New Zealand believe in punching above their weight and play inspired cricket. The need to play inspired cricket with depleted resources is now against an Indian side that has all bases covered. In a World T20 year, this series will go a long way in determining the momentum for both sides.