India And New Zealand Are Scheduled To Play Two Test Matches Beginning February 21 And The Second One On February 29.

Team India will look to continue their good form when they take on New Zealand in the upcoming test matches. Though, the preceding 3-0 win in the ODI series vs India will give the Kiwis a lot of confidence. Following the whitewash in Australia, the Kiwis are aiming all the 120 points in the bag. The two teams are scheduled to play two test matches beginning February 21 and the second one on February 29. Under Virat Kohli, India have risen to the top of ICC rankings for almost four years now. India have been unbeaten in the ICC World Test Championship so far.

The Kiwis have already announced their 13-man squad for the series. New Zealand pace spearhead Trent Boult has recovered from a broken hand and is set to face India. "It's terrific to have Trent back with us and we're looking forward to the energy and experience he adds to the group alongside his obvious class with the ball in hand," New Zealand coach Gary Stead said in a team release on Monday. 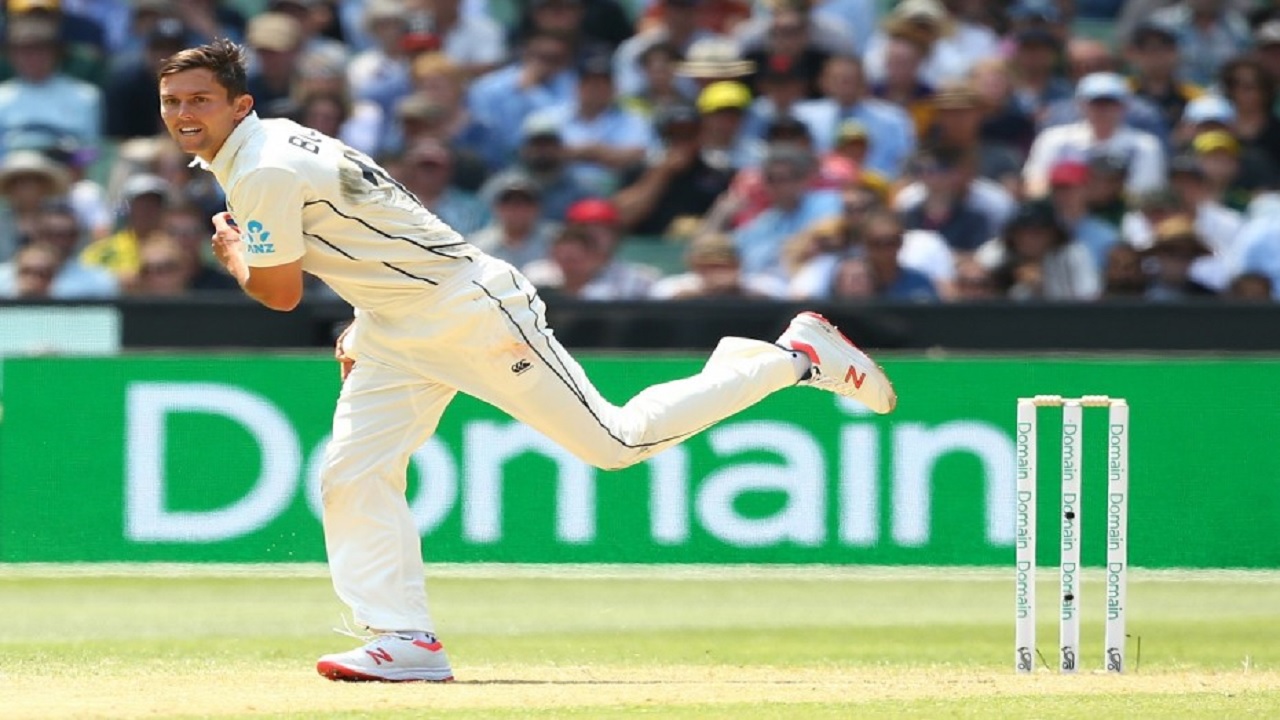 Trent Boult was hit on the arm by a bouncer from Mitchell Starc in Melbourne and he was forced to miss five T20Is and three ODIs vs India. (Photo Credit: Getty Images)

Following his impressive debut in the ODI series, Jamieson has been picked in the Test squad for the first time. He had been called to replace the injured Lockie Ferguson.

Mumbai-born Ajaz Patel was chosen over leg-spinner Ish Sodhi because of his consistency. "We're excited to welcome back Ajaz (Patel) who has done a great job for us overseas and has a proven domestic record in New Zealand conditions," the coach said.

Daryl Mitchell of Northern Districts is also in the squad as a batting all-rounder. "Daryl showed his batting prowess in his Test debut against England in Hamilton and he naturally offers us great versatility with the different roles he can play," Stead said.

Tom Blundell will continue to open the batting along side Tom Latham following his breakthrough century in Melbourne.

The Wellington Test will also be Ross Taylor's 100th Test, joining ranks with his former teammates Brendon McCullum, Daniel Vettori and Stephen Fleming. Taylor will become the first cricketer in the world to complete 100 games across three international formats. "To play 100 Tests for your country is an incredible achievement and a testament to his work ethic and complete professionalism," Stead said of Taylor. The coach, however, acknowledged that they had to make some tough decisions while selecting the squad.

For India, Ishant Sharma could be a boost. He was not expected to play any role in this tour having suffered an ankle injury last month but he has managed to recover sooner to join the squad.

Team India would want to coop up after a poor showing in the ODI series. But the New Zealand side will not be easy to take on, the team hasn't lost a series at home for more than 30 months. This match will likely be decided by the pacers, with analysts saying the Kiwis can edge the first test match.