Harmanpreet Kaur's India Will Take On Australia In The Grand Final Of The ICC Women's World T20 In Front Of A World Record Crowd Of Over 90,000 And Both Teams Will Be Aiming To Create History.

India will be gunning for their third straight win against Australia in the ICC Women's World T20 and create history. (Photo Credit: Getty Images)

March 8 is International women's day. It is a day to celebrate women's achievements throughout history and across nations. March 8 will also see a record and fittingly, it is being led by women. The ICC Women's World T20 final at the Melbourne Cricket Ground will see a crowd of over 90,000 witnessing an epic clash between India and Australia. This has been the most talked about clash in the tournament. It is no wonder that the grand occasion is seeing stars like Katy Perry, Billie Jean King and other prominent personalities at the MCG on Sunday. For Harmanpreet Kaur and the Indian cricket team, the journey to the MCG is a fulfillment of a promise whose seeds were sown in 2017 when they reached the final of the ICC Women's World Cup against England in Lord's.

Ever since that performance, India have been a force to reckon with in the women's cricketing circuit. In 2018, they dominated the league stages only to lose out to England in the semi-final due to a dodgy team selection call on Mithali Raj. In 2020, India have operated like a well-oiled machine in both the batting and bowling and this time, they may not want to make any drastic changes. However, there are multiple challenges for the Indian team.

First, they will have to get their A-game on Sunday after eight days of not playing. Their last game against Sri Lanka was on February 29 but their semi-final was abandoned. Harmanpreet Kaur has admitted that the team is feeling 'restless'. Second, they will have to ensure that they do not fall prey to the deadly collapse. In the final at Lord's in 2017, India suffered a sensational collapse to Anya Shrubsole's 6/46. In the 2020 tri-series final, India lost seven wickets for 29 runs as Australia clinched the final by 11 runs.

Third, they will have to overcome the excess baggage of knock-out losses in past ICC events. Be it 2014, 2016, 2017 and 2019 for the men or 2017 and 2018 for the women, India have always stumbled at the last hurdle and they will have to do something out of the blue to reverse this. Fourth, they will have to ensure they do not get overwhelmed with the crowd of 90,000 that will predominantly cheering Australia on.

This is one good thing that the fans all over the world will be happy about. Unlike Sydney, there is very mininal chances of rain at the Melbourne Cricket Ground. A high of 22 degrees and a humidity of 57 percent with dry conditions makes it ideal for the final.

This is the first game that will be played at the Melbourne Cricket Ground. With the slightly long boundaries, a total in excess of 140 could be match-winning. The pitch at the MCG, which is a drop-in, has tended to become slower and assisting spin bowling in past couple of games. This final could see yet another low-scoring thriller.

Both India and Australia have a superb bowling and batting order. Meg Lanning's side might not be able to fill up the hige void left in Ellyse Perry's absence due to injury but they are four-time champions for a reason. 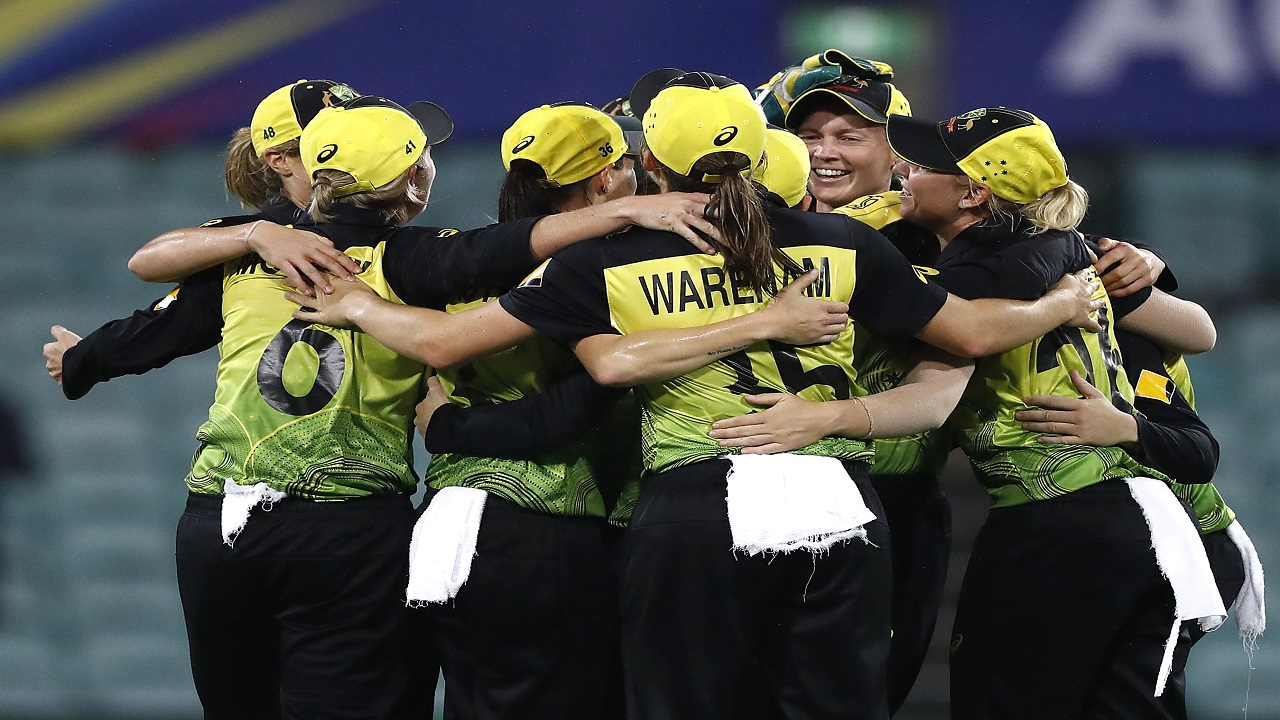 Australia will be gunning for their fifth title in the ICC Women's World T20. (Image credit: Getty Images)

The team that wins the toss will want to bat first and put the opposition under pressure. The scoreboard pressure in the final could play on both teams and with India employing an array of spinners, scoring in the second innings could become difficult for Australia.

This is too close to call. India have won two straight matches against Australia in the World T20 from Providence 2018 to Sydney 2020. On current form, India are too good but Australia will be determined to avenge their losses and end their international summer on a high. If one has to pick an outright winner, then one will have to go with India as they would be more inspired to create history.