The Indian Under-19 Cricket Team Will Be Eyeing History As They Aim To Win The Under-19 World Cup For A Record Fifth Time While Bangladesh Will Be Aiming To Put Up A Grand Performance In Their First-ever Final.

India will be aiming to lift the Under-19 World Cup trophy for the fifth time while Bangladesh will be hoping to create history. (Photo Credit: Getty Images)

After a month of action across South Africa, the big day is finally arriving. India, who comprehensively defeated arch-rivals Pakistan by 10 wickets in the first semi-final, will take on Bangladesh who continued their brilliant run in the competition by getting the better of New Zealand in the second semi-final. Bangladesh's bowling and batting has come to the fore in this tournament and they will be determined to topple India and create history on February 9. The Indian cricket team, though, has been on a roll. The batting, led by the exploits of Yashasvi Jaiswal has been sublime in propelling India. The bowling, led by Kartik Tyagi, Ravi Bishnoi and Sushant Mishra have been marvellous and have chipped in at regular intervals.

Bangladesh have some stars, with Rakibul Hasan shining during the clash against South Africa and Mahmudul Hasan smashing a century to knock New Zealand out in the semi-final.Towhid Hridoy and Shahadat Hossain have also been consistent and Bangladesh will be hoping that they are not overwhelmed by the big occasion of the final.

The pitch in Potcehfstroom has not seen many big scores. A fresh wicket assists the pacers at the beginning but later on, the spinners come into play. Both pacers and spinners have enjoyed bowling in Potchefstroom and a score in excess of 250 could be match-winning. 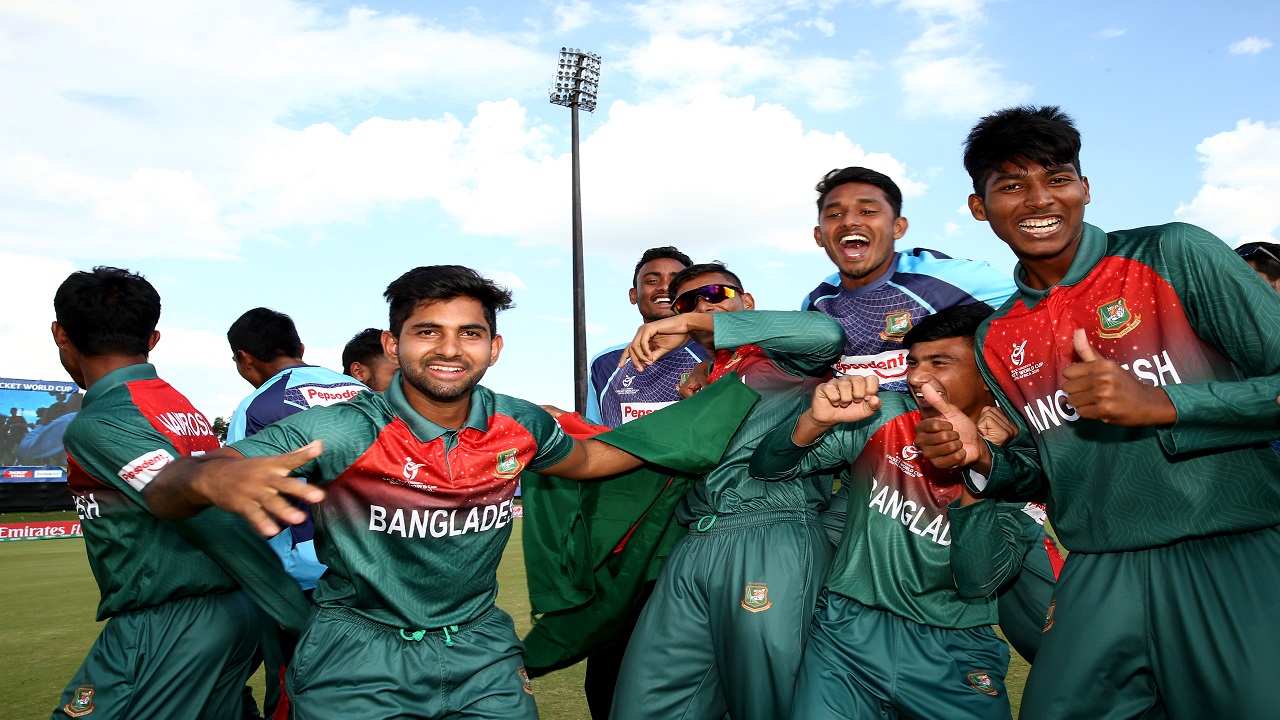 Bangladesh have entered the final of the Under-19 World Cup for the first time in their history. (Image credit: Getty Images)

Heading into the big final, the weather will be a major factor. 50 percent chances of rain is predicted in Potchefstroom and even if the match is being taken into the reserve day, the chances of rain are 80 percent. The chances of sharing the trophy look more realistic and both teams, as well as fans, will be praying the rain stays away.

India have been simply dominant in the Under-19 World Cup while Bangladesh have shown they are capable of competing against the top teams. However, India have the experience of playing the big tournament final while Bangladesh are in a big tournament final stage for the first time. On paper, looking at the batting and bowling, India are better in all facets and they should win the title for the fifth time.

One can watch India vs Bangladesh Under-19 World Cup live streaming on Hotstar in India. The TV broadcast of the match will take place on Star Sports Network which includes Star Sports 1 and Star Spots 3 Hindi