India Will Take On New Zealand In The First Of Three ODIs Beginning On Wednesday At Seddon Park In Hamilton And Virat Kohli's Side Are High On Confidence After The 5-0 Whitewash.

India head into the first ODI at Hamilton against New Zealand high on confidence after the 5-0 drubbing. (Photo Credit: Getty Images)

Virat Kohli's Indian cricket team are on the ultimate high after an unprecedented 5-0 whitewash against New Zealand in the recently concluded Twenty20 Internationals. The batting and the bowling of the Indian side have clicked and they capitalised on all the small chances, something New Zealand failed to do in the entire series. New Zealand, who are missing the services of key players, will be haunted by the inability of the team to score nine runs in the final over in Hamilton and seven runs in the Wellington Twenty20 games. New Zealand's batting choked at vital times and their bowlers, in particular Tim Southee, were guilty of conceding too many runs in the death overs. New Zealand are also suffering from a lack of confidence.

Their last win came against England in a Test at the Bay Oval in November and since then, in the series against Australia and against India so far, they have not won a single competitive game. India, on the other hand, head into the ODI series in top form having won their third consecutive Twenty20 International series and winning seven games on the trot, equalling their previous best of seven. India have been a dominant force in the ODIs and this will be a grudge rematch in more ways than one.

This is the first ODI since New Zealand eliminated India in the semi-final of the ICC Cricket World Cup 2019. Virat Kohli has admitted that the thought of revenge never crossed their mind as New Zealand's mentality as one of the nicest teams in the world forced a more friendly atmosphere. However, India took their revenge in grand style by notching a whitewash in T20Is and also getting their head-to-head record against New Zealand on even terms. Heading into the ODI series, India start as overwhelming favorites.

Tuesday witnessed some spells of rain in Hamilton but the weather is expected to be clear on Wednesday. The humidity of less than 50 percent will not result in much dew but it is windy season in New Zealand and thus, the wind will play a major factor. A 10 percent chances of rain might not dampen the match too much.

The wicket in Seddon Park has always assisted the pacers, with Trent Boult and Tim Southee getting wickets. However, in the third Twenty20 International, the wicket assisted the spinners. However, India will be wary of the dangers New Zealand pose and they will not want to be complacent. 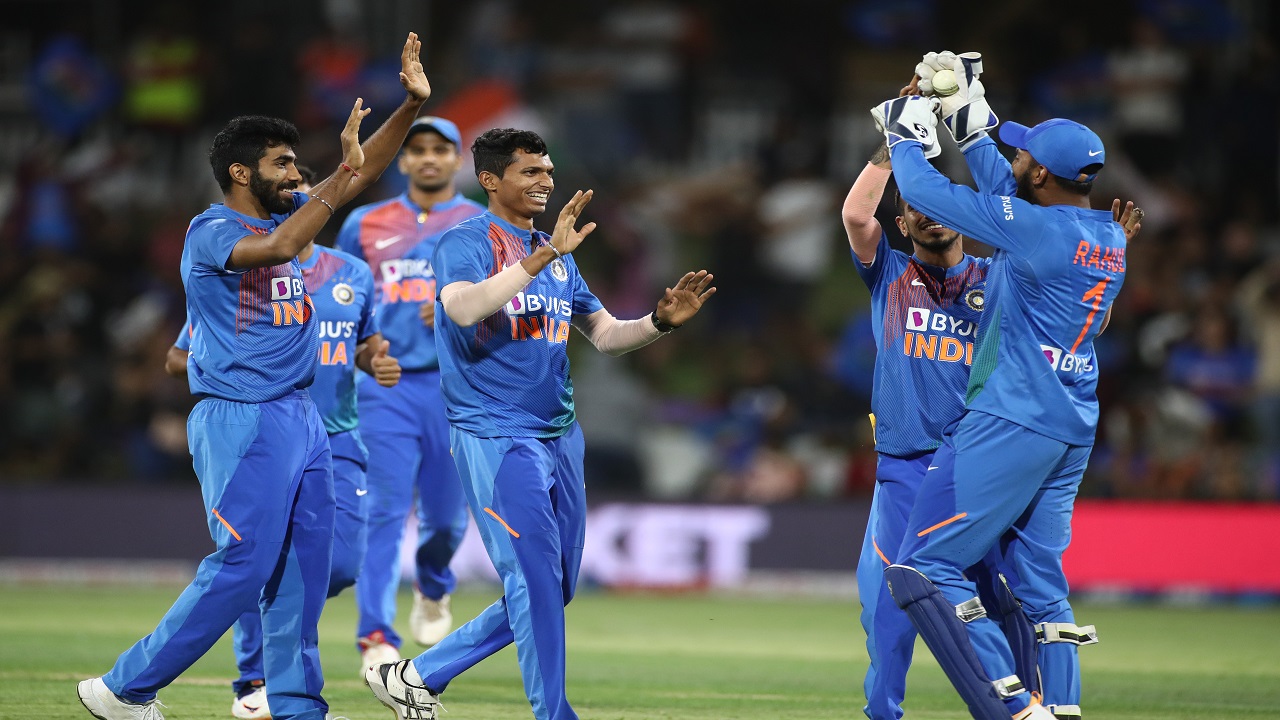 India will be determined to continue their good run in the ongoing tour of New Zealand. (Image credit: Getty Images)

With Rohit Sharma ruled out of the entire tour, Prithvi Shaw is all set to make a debut in ODIs. KL Rahul, who has been brilliant as an opener, might open the batting or he might bat down the order at No.5, something which he did in the ODIs against Australia. Mayank Agarwal has also been drafted into the side and he will be aiming to open the batting and make a mark. All hopes will be pinned on Kohli but one might see Navdeep Saini partner Jasprit Bumrah and Mohammed Shami while Ravindra Jadeja and Kuldeep Yadav could be the two spinners.

New Zealand, on the other hand, are absolutely low on confidence. They do not have Trent Boult, Lockie Ferguson and Matt Henry. Boult took 5/21 against India in the previous ODI between these two sides as India were shot out for 92 and India will heave a sigh of relief that Boult is not in the side. With Kane Williamson also not in the side for the two ODIs, Tom Latham will captain the side.

Teams that win the toss have predominantly opted to chase at Seddon Park. In the last 10 encounters, teams that have won the toss have chased seven times and won while teams batting first have won three times. On Wednesday, the team that wins the toss will want to bowl first.

Past Record at Seddon Park

With New Zealand not having won a single competitive game since November, India head into the contest at Seddon Park, Hamilton absolutely high on confidence. India are all set to go 1-0 up against a New Zealand side that is not only lacking confidence but it is also missing some key personnel that will be missing the series.