Virat Kohli's Indian Cricket Team Will Be Gunning For Glory In The Two-Test Series Against New Zealand But They Will Be Wanting To Break Their Jinx At The Basin Reserve.

India have won only once at the Basin Reserve against New Zealand and it was 52 years ago. (Photo Credit: Getty Images)

A 5-0 whitewash by India in the Twenty20 International series promised a lengthy honeymoon period for Virat Kohli's team in New Zealand. However, like the practical nature of marriage which is up and down in real life, the Indian cricket team came crashing down to earth when they were whitewashed 3-0 in the ODIs by a determined New Zealand side missing some key stars. This was India's first whitewash in 31 years in ODIs and they have their guard up heading into the two-Test series. This, along with the away series in Australia and the home series against England, are the last three assignments for India heading into the ICC World Test Championships. India have won only twice in New Zealand in the last 52 years in 1968 and 2009.

The ultimate symbol of India's Test struggles in New Zealand is encapsulated in the Basin Reserve, the venue for the first Test. India won at The Basin in their first in 1968 but since then, they have remained winless. New Zealand won the next four games and their games in 2009 and 2014 ended in draws. The last match, in particular, was heartbreaking for India. After getting a lead of 246 runs, India had reduced New Zealand to 94/5 and looked set to square the series after the 40-run loss in Auckland.

However, Virat Kohli dropped Brendon McCullum on 9 and the New Zealand skipper proceeded to create history as he became the first Kiwi to smash a triple century in Tests. New Zealand drew the game and they won a series against India for the first time in 12 years. The nature of the Basin Reserve is well-dcoumented. The continuous gale-force winds make bowling a challenge. The pitch on the first two days assists bowlers immensely but batting in the third and fourth innings as the game progresses becomes even easier. Virat Kohli and the Indian cricket team will be aiming to start well, something that past teams, barring 2009 have done in New Zealand.

Prithvi Shaw and Shubman Gill will be battling it out for the opener's slot along with Mayank Agarwal. Virat Kohli's Indian cricket team will be debating on the team composition for the side, either they will go with four pacers and one spinner or will they try out both spinners. Ishant Sharma is looking fit and he will most likely slot back in the side. 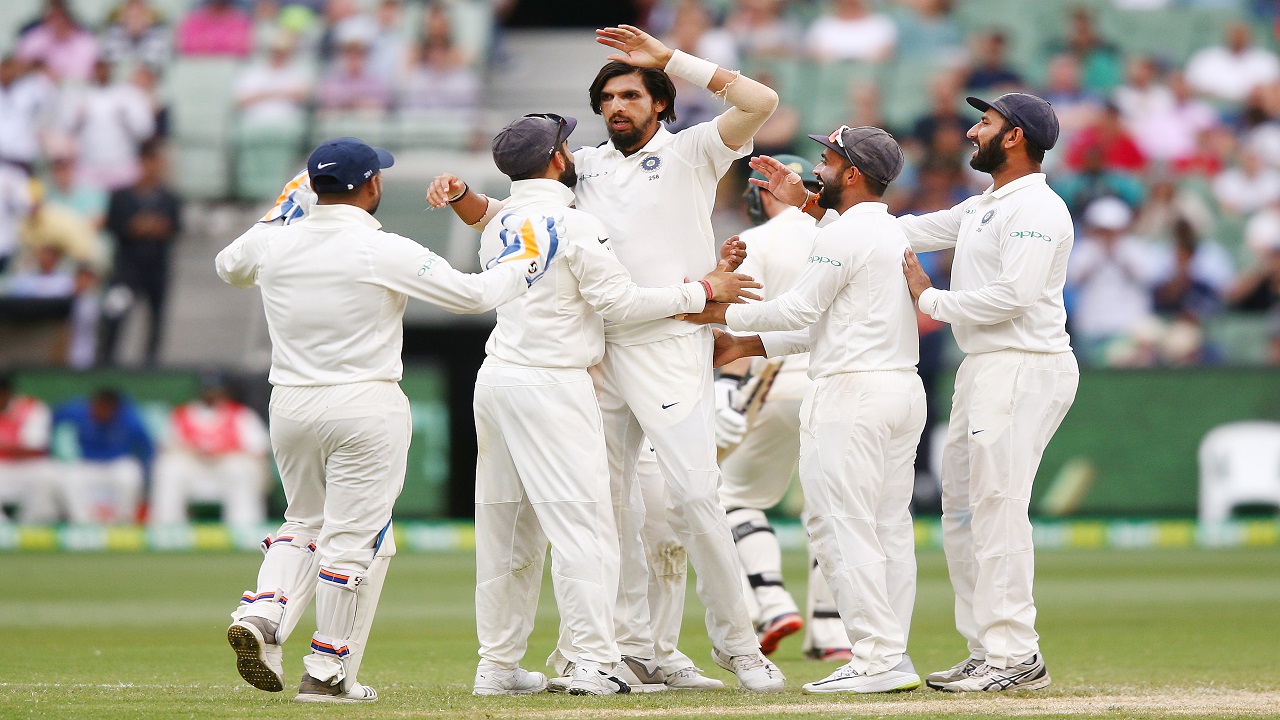 Ishant Sharma is looking fit to join the Indian team after getting injured in the Ranji Trophy. (Image credit: Getty Images)

The other interesting conundrum is whether they will include Rishabh Pant in place of Wriddhiman Saha. Pant had a good warm-up outing and he could be the favorite to be picked at the Basin. For New Zealand, they welcome back Trent Boult but Matt Henry has been called up as cover for Neil Wagner, who is expecting the birth of his child. Ajaz Patel could play as the lone spinner.

The weather in Wellington for the Test match is expected to be fairly clear. On the opening day, the weather is cloudy and there are 20 percent chances of rain.

"If we had to share the number one spot with any other team, it would be New Zealand," Virat Kohli on his camaraderie with New Zealand.

"It's an interesting one. I guess there's an element to it that isn't fair. But I guess there is an effort in bringing context to Test cricket which wasn't there. So I mean the World Test Championship is a step in the right direction. It's not perfect but I guess after the first year or two of it, there'll always be efforts to continue to make it a better product," Kane Williamson takes a dig at the ICC World Test Championship points system.