Christchurch's Hagley Oval Was Born Out Of An Earthquake And It Survived Terrorism As It Finally Played Host To A Marquee Test Against Virat Kohli's Indian Cricket Team.

Hagley Oval will host India for the first time, having already hosted Sri Lanka and Pakistan with the Bangladesh Test cancelled due to a terror attack. (Photo Credit: Getty Images)

Christchurch's Hagley Oval and Welington's Basin Reserve have a common connection. Earthquakes. The Basin Reserve was created when an earthquake of magnitude 8.5 resulted in a lagoon transforming itself into a swamp and eventually a cricket ground. Hagley Oval became Christchurch's cricket centre due to an earthquake, but it was in tragic circumstances. The 2011 Christchurch earthquake devastated the Lancaster Park cricket stadium which had earlier hosted Tests, ODIs, Twenty20 Internationals and a 'Super Max' match against India. The Hagley Oval has seen plenty of travails in it's journey, including a lengthy battle with the environment court of the country to allow the venue to host international matches. During construction, it survived two major floodings in 2013.

The venue has seen some great moments, including the opening game of the 2015 World Cup and Brendon McCullum signing off from Test cricket with the fastest century in this format against Australia in 2016. However, just last year, Christchurch was hit by one of the worst terror attacks ever in New Zealand. 51 people were killed in two consecutive terrorist shooting attacks at mosques. The Bangladesh cricket team, who were scheduled to offer prayers at one of the mosques, narrowly escaped the attack. In the aftermath of the attack, the Test scheduled at the Hagley Oval was cancelled.

However, within one year, Christchurch has shown it's resilience and is back to hosting international matches. This time, the Hagley Oval will see Virat Kohli's Indian cricket team for the first time. After 30 years, the Indian cricket team is in Christchurch for a Test match. The last time India played a match in this city was back in 2009, when they lost the Twenty20 International but won the ODI in dramatic circumstances.

Long History For India In Christchurch

The history of the Indian cricket team in Christchurch stretches back 52 years to 1968. After winning the first Test in Dunedin by five wickets, India lost the second Test in Lancaster Park thanks to Graham Dowling's 239. Bishan Singh Bedi took 6/127 but it could not help India avoid a six-wicket loss. The defeat, though, was a minor blip as India went on to win the series 3-1. In 1976, Gundappa Viswanath's twin fifties was overshadowed by Glenn Turner's 17 as the match ended in a draw. In the 1981 Test, Chetan Chauhan hit a fifty but Richard Hadlee took 5/47 and John Reid hit 123* as the match petered out to a draw. In 1989, John Wright hit 185 and Danny Morrison took 5/75 as New Zealand won the Test by 10 wickets in what would be the last Test India would play in Lancaster Park. 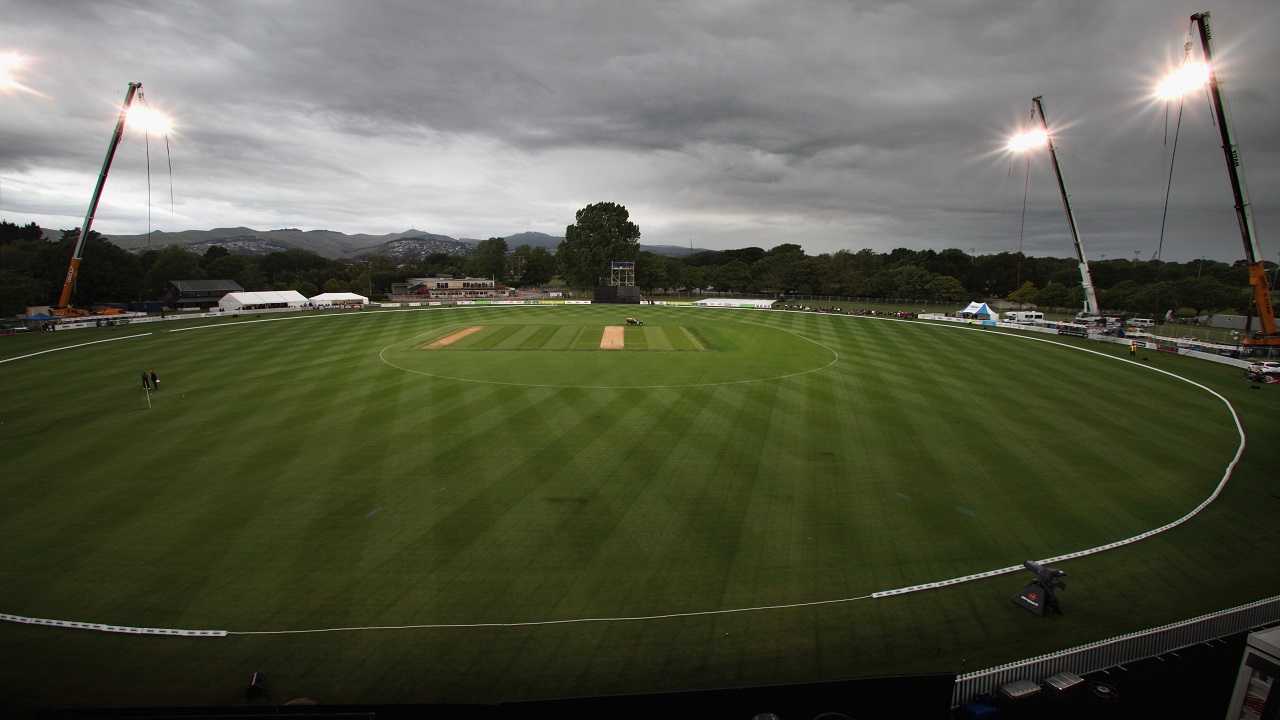 Even in ODIs, India have a mixed record in Christchurch. In 1976, they lost their first ODI by nine wickets while in 1994, they lost the match by six wickets. In 1999, Mohammad Azharuddin's fifty went in vain as Chris Cairns' 115 and Chris Harris' 4/40 resulted in a 70-run win for New Zealand. In 2002, Lancaster Park witnessed a new invention called the 'Super Max' in which both India and New Zealand would play two innings of 10 overs each. Sachin Tendulkar blasted 72 off 27 balls but New Zealand won the contest by 21 runs. In the ODI, India were bowled out for 108 and New Zealand won by five wickets.

In 2009, Tendulkar would again shine at Lancaster Park when he blasted 163 battling a stomach injury. Yuvraj Singh hit 87 and MS Dhoni hit 68 as India notched up 392/4 but New Zealand fought hard but lost the game by 58 runs. The travails for the Hagley Oval have been many, but with the Indian cricket team arriving to a packed capacity of over 15000 at the venue, one can truly say that Christchurch has healed magnificently.