The Indian Cricket Team Fans In Wellington For The Basin Reserve Test Against New Zealand Gave A Tribute To Players Mohammed Shami, Jasprit Bumrah And Hanuma Vihari By Singing The Popular Song From The 1977 Film Amar Akbar Anthony.

In cricket, fans make any game appealing. From the Barmy Army in England to the 'Fanatics' in Australia to the Beige Brigade in New Zealand, a group of fans always make cricket viewing for the spectators on TV and at the ground enthralling. India have the Bharat Army who accompany the Indian team on tours outside of India. Recently, a video was shared where a group of Indian cricket fans are paying their tribute to the players Mohammed Shami, Jasprit Bumrah and Hanuma Vihari in their own Bollywood style. In the video, the fans are singing a popular song song from the 1977 blockbuster film Amar Akbar Anthony and it goes, "Ek jagah par jama ho teenon, Shami, Bumrah aur Vihari (In one place when three people come together, they are Mohammed Shami, Jasprit Bumrah and Hanuma Vihari). In the original song, it goes, "Ek jagah jam jama ho teenon Amar, Akbar, Anthony

Amar Akbar Anthony is a 1977 Indian action comedy film, directed and produced by Manmohan Desai. The film stars Vinod Khanna, Amitabh Bachchan and Rishi Kapoor opposite Shabana Azmi, Parveen Babi and Neetu Singh in the lead roles. The plot focuses on three brothers who are separated in childhood and adopted by three families of different faiths which are Hinduism, Islam and Christianity. The film about religious tolerance became a landmark for Bollywood masala films and it It won several awards at 25th Filmfare Awards including Best Actor for Amitabh Bachchan, Best Music Director and Best Editing.

India had a great start on day 3 when Jasprit Bumrah broke his wicketless rut by getting the wicket of BJ Watling in the first ball of the day. Colin de Grandhomme managed to get a decision overturned as he was trapped in front by Bumrah. India wasted their review again as they appealed for a catch and there was no edge. With India desperate to restrict New Zealand's lead to under 100, they were going for the kill but Kyle Jamieson, like he did in Auckland, hurt India with the bat this time. Jamieson pulled a short ball from Mohammed Shami to the deep midwicket grassbanks for his first six and he countered the short ball well with a pull off Ishant to the leg side boundary. 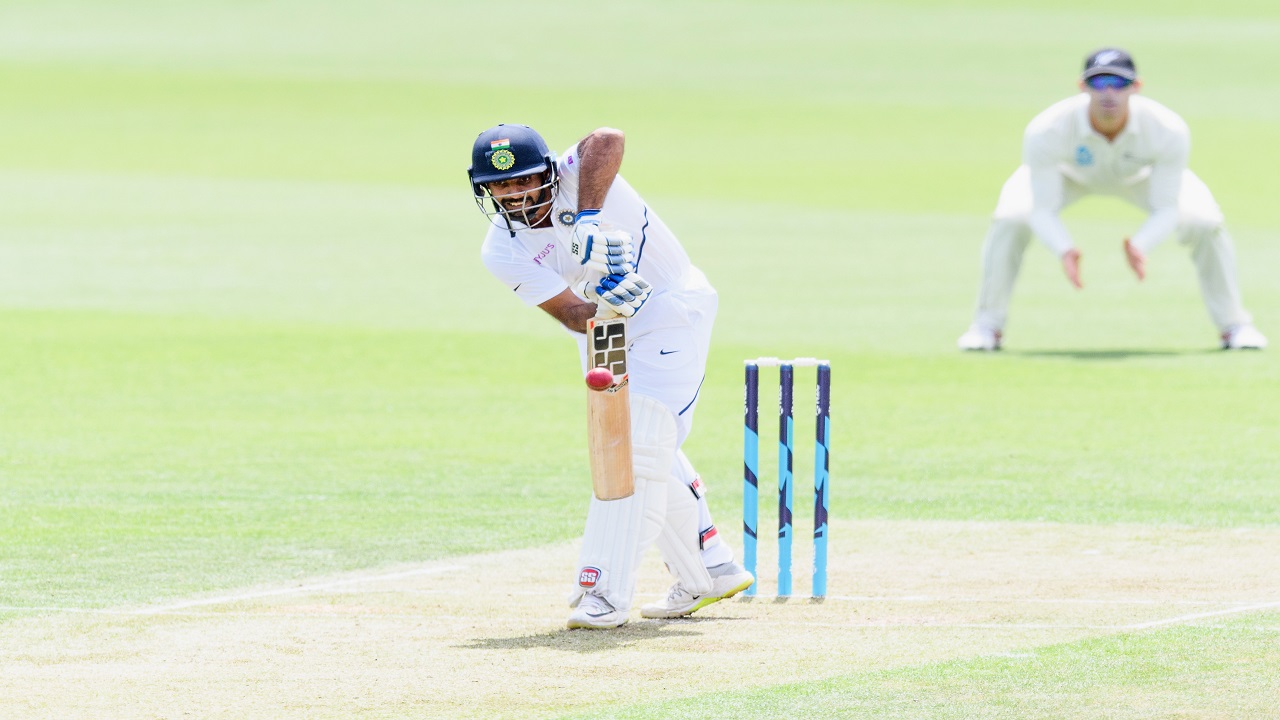 De Grandhomme joined in the fun by hitting Bumrah for two fours once the second new ball was taken and India did themselves no favours when Shami dropped Jamieson on 15. The six foot eight inch pacer continued to hurt Shami as he top-edged the pull shot but it sailed over fine leg for a six. In Ravichandran Ashwin's 23rd over, Jamieson was unleashed as he smoked two sixes in one over. However, Ashwin had his revenge when Jamieson top-edged a flighted delivery and Hanuma Vihari took the catch at widish mid on.

De Grandhomme looked good for a fifty but Ashwin struck again when he gloved a loopy ball that kicked up from the deck and Rishabh Pant took a good catch. India's misery though was far from over. Trent Boult decided to have fun as he smashed boundaries at will. Boult smashed two boundaries off Ishant and he slogged a lofted shot to long on for a six off Ashwin. Boult hit another four off Shami but in trying to be too aggressive, he top-edged a short ball by Ishant and was caught by the keeper.