Pakistan's Victory In The Under-19 World Cup Clash Against Afghanistan Has Set Up A Brilliant Semi-final Showdown With Arch-rivals India On February 4 At Senwes Park, Potchefstroom

India will be determined to dump Pakistan out of the 2020 Under-19 World Cup as they meet in the semi-final in Potchefstroom. (Photo Credit: Getty Images)

The 2020 Under-19 World Cup has reached the business end of the tournament. India's brilliant win against Australia boosted them to the semi-final while Pakistan registered a tense win against Afghanistan to reach the semi-final. New Zealand got the better of West Indies in a thriller by two wickets while Bangladesh created a massive upset by defeating hosts South Africa to enter the semi-final. New Zealand will take on Bangladesh but all eyes will be on the tense clash between arch-rivals India and Pakistan on February 4. This will be the 10th encounter between Pakistan and India in the ICC Under-19 World Cup.

Unlike the senior team that has never won a World Cup clash against India, the Under-19 boys have given the country plenty of joy. They have a superior head-to-head record in Under-19 World Cups winning five out of their nine encounters. However, India have won their last three encounters and thus, Pakistan has a narrow 5-4 advantage in head-to-head clashes. In knock-outs, it is an even 2-2. From their first encounter to 1988 to their previous clash in 2018, there have been plenty of twists and turns in India vs Pakistan contests. Here is a lookback to previous contests which featured plenty of stars who would make it big in the national stage years later.

In their first encounter in 1988 at the Wentworth Oval in Victoria, Inzamam-ul-Haq was the top-scorer with 39 and India could not match up to the skill of medium pacer Zahoor Elahi as he took 4/15 to give Pakistan a big 68-run victory. In 1998, Pakistan had some stars in Abdul Razzaq and Imran Tahir but they were undone by some disciplined bowling from Amit Bhandari who took 4/49 and restricted them to 188 all out in Durban. Virender Sehwag was bowled for 0 but Amit Pagnis and Mohammad Kaif hit fifties to help India to a five-wicket win. At the start of the 21st century, Pakistan dominated. 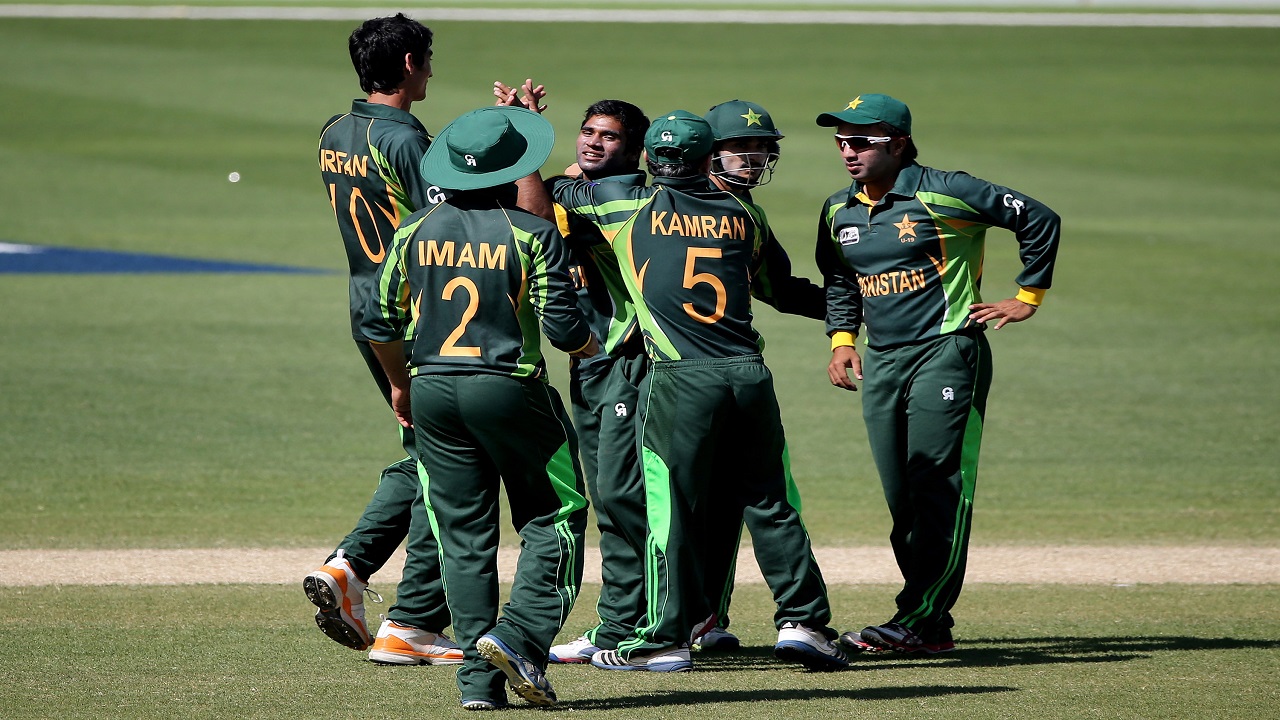 Pakistan won five out of their first six encounters in the ICC Under-19 World Cup. (Image credit: Getty Images)

In the 2002 edition in Lincoln, India managed just 181 and a brilliant knock from skipper Salman Butt helped Pakistan coast to a five-wicket win. In the 2004 Under-19 World Cup semi-final in Dhaka, the likes of Shikhar Dhawan, Dinesh Karthik and Suresh Raina failed to boost India as they were all out for 169. Pakistan once again came out on top with a five-wicket win but in 2006, India suffered the ultimate heartbreak in Colombo. Piyush Chawla took 4/8 and Ravindra Jadeja chipped in with 3/16 as Pakistan were bowled out for 109. The Indian batting, consisting of Rohit Sharma and Cheteshwar Pujara, were blown away by the pace of Anwar Ali who took 5/35 as Pakistan bundled India out for 71 to win by 38 runs.

In 2010, again at Lincoln, there was yet another thriller. India were restricted to 114/9 in a quarterfinal match reduced to 23-overs-per-side. KL Rahul fell for 0 and it needed Mandeep Singh's 40 to give the side something to bowl at. Jaydev Unadkat and Sandeep Sharma gave India some hope but Pakistan held their nerve to win by two wickets. That Pakistan team had future stars like Babar Azam and Ahmed Shehzad.

India Turn It Around

If the first decade belonged to Pakistan, then the second decade belonged to India and they turned the tables brilliantly. In the 2012 last-eight clash at Townsville, Sandeep Sharma and Ravikant Passi took three wickets apiece and it needed a gritty fifty from Babar Azam and a knock of 35 from Ehsan Adil to help Pakistan reach 136. In a match which featured plenty of twists, Azizullah and Zia-ul-Haq took three wickets but Baba Aparajith's 51 and Harmeet Singh's crucial 13 gave India a one-wicket win. 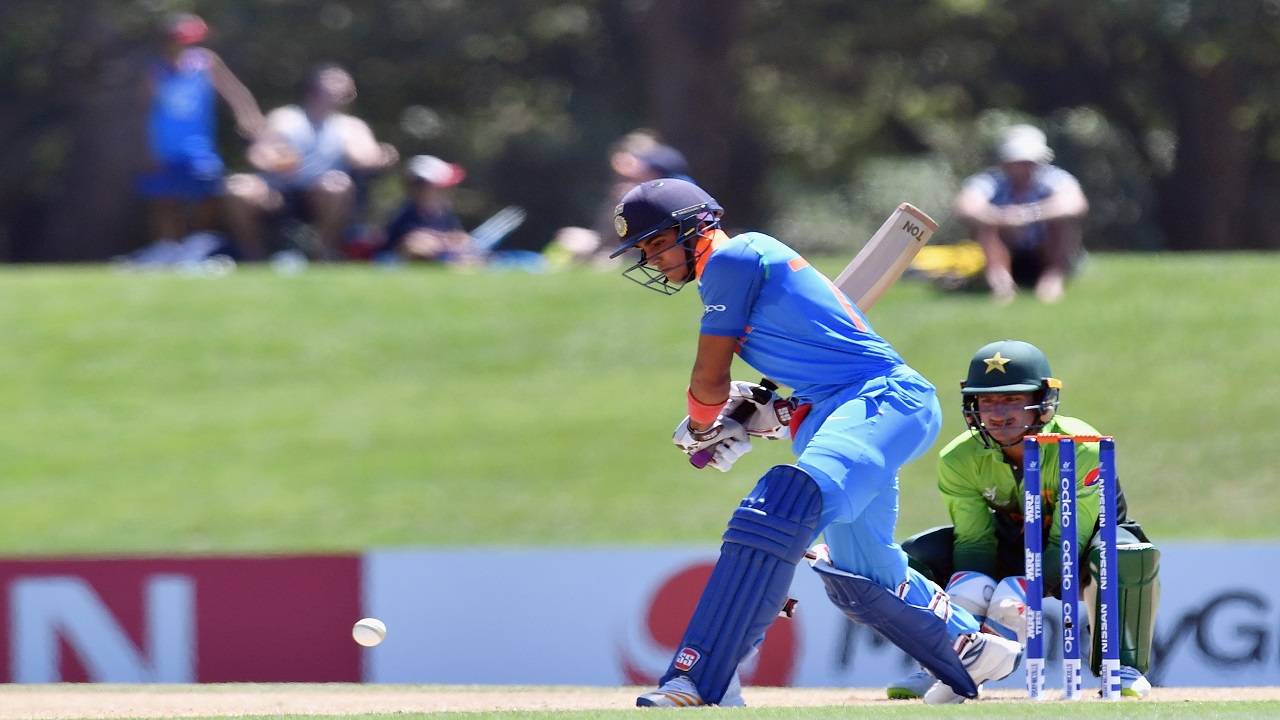 In the 2014 Under-19 clash in Dubai, Sanju Samson smashed 67 and Sarfaraz Khan blasted 74 as India reached 262/7. In response, Sami Aslam and Imam-ul-Haq stitched a 100-run opening partnership but Deepak Hooda's 5/41 resulted in a collapse and Pakistan were all out for 222. In the 2018 semi-final at Christchurch, India put up one of their most comprehensive shows against Pakistan. Shubman Gill blasted a century and aided by gritty knocks from Prithvi Shaw and Manjot Kalra, India reached 272/9. In a brilliant display of bowling, Ishan Porel took 4/17 and Pakistan were decimated for 69, giving India a brilliant 203-run win.

One hopes that the India vs Pakistan clash on February 4 at Senwes Park in Potchefstroom lives up to the expectations of an India vs Pakistan thriller. A win for India will go a long way in sealing their fifth World Cup title while for Pakistan, it is a chance to extend their advantage against India.