Ish Sodhi, The New Zealand Legspinner Who Took The Wickets Of KL Rahul And Shivam Dube, Admitted That Bowling To The Powerpacked Indian Cricket Team Batting On The Small Eden Park Ground Was A Massive Challenge.

Ish Sodhi was the best bowler in Auckland as he was the only bowler to take two wickets in the high-scoring Twenty20 International in Auckland. (Photo Credit: Getty Images)

The first Twenty20 International between New Zealand and India at Eden Park, Auckland, witnessed the bowlers being taken to the cleaners. KL Rahul, Shreyas Iyer, Kane Williamson, Ross Taylor and Colin Munro smashed fifties and the best bowler on the day was Ish Sodhi, who took 2/36 in four overs. On the day when bowlers from both sides, barring Jasprit Bumrah who had an economy rate of 7.75, Sodhi was the standout when he took the wickets of KL Rahul for 56 and Shivam Dube for 13. However, there was no support from the rest of the bowlers as India chased down a target of 200 for the fourth time to win the match by six wickets and take a 1-0 lead in the five-match series.

With the small size of the Eden Park ground, in addition to dew and a flat pitch, the batsmen enjoyed with both teams hitting 10 sixes in their innings. However, the likes of Rahul, Rohit Sharma, Virat Kohli and Shreyas Iyer are in terrific form and Sodhi has admitted that bowling to a power-packed Indian cricket team batting line-up was a big challenge.

"We put 200 on the board again. If we can look to be more aggressive with the ball that attitude will be a great learning from the first game. If we are going to go for runs or miss out on a couple opportunities for wickets, you only learn after you try it out. I bowled 2-3 overs' spell, and one of them was a defensive spell; the other was an attacking spell. So we have to bowl with the same attacking attitude throughout. They have five or six world class batsmen in their side and it will always be difficult to contain them at the best of times. Eden Park with its boundary size is a challenge as well," Sodhi said.

Unlike other series that takes place in New Zealand, the contests against India are starting late. The Auckland matches start at 7:50 PM local time while the games in Hamitlon, Wellington and The Bay Oval will start at 8 PM. Sodhi believes that the late starts for the series against India will play a factor in the outcome of the series results. 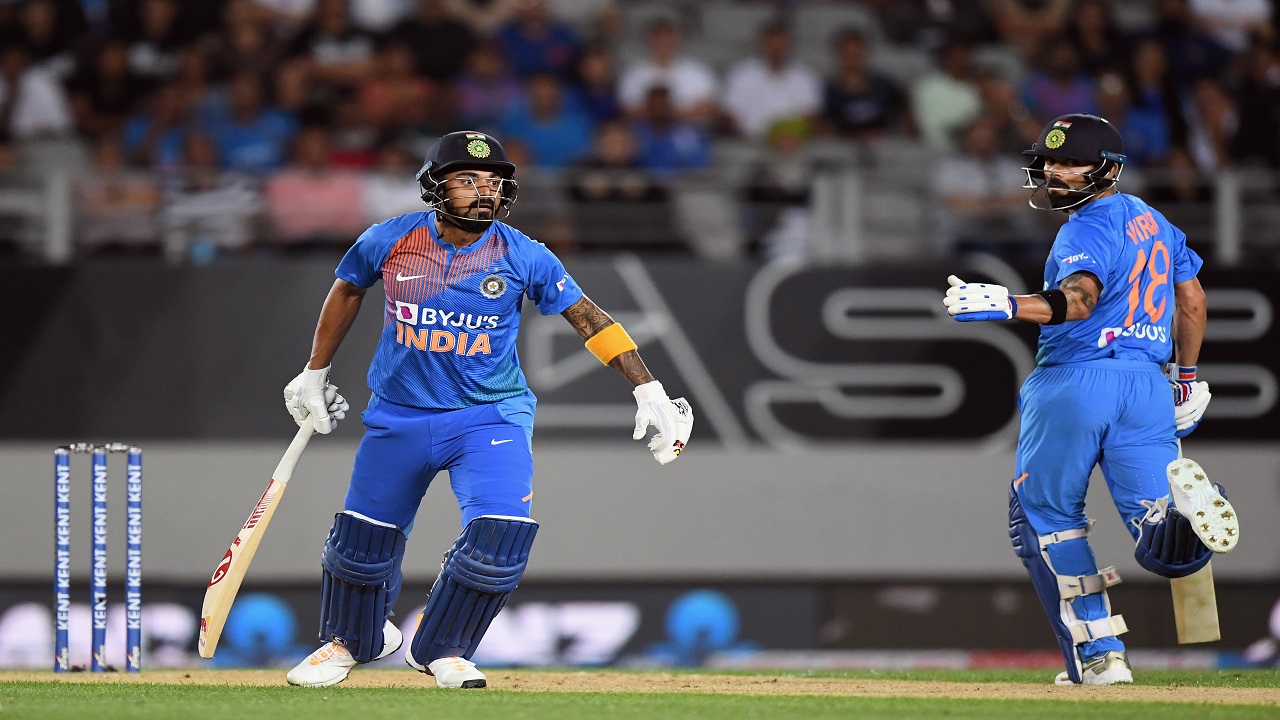 "I haven't had much time to process it but last night we thought we played a decent game. The first half was nicely set up, a huge positive with the bat. The Indians came out pretty hard in the first six overs. They had momentum from end of our innings and we couldn't really go hard at them. Maybe we need to train a bit more under lights otherwise we are all used to playing at 8pm starting time. It is not too bad and we have played in the IPL at night time," Sodhi said.

Sodhi, who had dropped a sitter off Virat Kohli, said the floodlights sometimes make it difficult to hold on to catches. "The lights here are a bit different as most stadiums have five-six towers. Here they are low and in a line, so it can be tough catching. It hits you harder when the ball comes down, but no excuses. When that catch went down (off Virat Kohli), I was thinking what if he scores big now. But that is the nature of professional cricket and you have to take your chances," Sodhi said.