James Anderson Suffers Yet Another Injury, Ruled Out Of Entire South Africa Tour

James Anderson, Who Took His 28th Five-wicket Haul During The Newlands Test Against South Africa, Has Been Ruled Out Of The Tour Due To A Rib Injury And It Continues England's Ill-fated Tour.

James Anderson's rib injury is his second major incident after a calf strain ruled him out of the Ashes 2019 contest against Australia. (Photo Credit: Getty Images)

James Anderson's woeful luck with injuries continued. After a calf injury saw him getting ruled out of the Ashes series in 2019 after bowling just four overs, the leading pacer in Test cricket has now been ruled out of the ongoing series against South Africa due to a rib injury which he sustained on the final day of the thrilling Cape Town Test which England won by 189 runs to level the four-match series 1-1. Anderson underwent an MRI scan which revealed the bone injury and it has definitely ruled him out of action for the South Africa tour, with a recovery of close to two months.

A statement from the England And Wales Cricket Board said, "James Anderson has been ruled out of the remainder of the Test series against South Africa after sustaining a left rib injury in England's second Test victory at Newlands. Anderson felt tightness and discomfort at the end of the morning session on day five and was only able to bowl eight overs during the day. He will return to the UK in the next few days."

Anderson enjoyed a splendid Test in Cape Town. In the first innings, he took his 28th five-wicket haul and gave England a vital 46-run lead. In the second innings, he took two wickets and conceded just 23 runs in 19 overs as England overcame a spirited South Africa as they won the match with just 50 balls to go. Anderson tweeted his frustration, "Frustrating to be missing the rest of this series with a broken rib but hopefully will be healed in a few weeks! Will be supporting the boys from home."

Anderson is the leading pacer in Test cricket with 584 wickets and he is only the ninth player in history to play 150 Tests or more. His run with injuries is something that the England cricket management will have to take into account as this is his second major injury in the space of six months. After sustaining the injury in Edgbaston, Anderson had tried to get fit for the fourth Test at his Old Trafford home ground but after bowling during a second XI match against Durham, he was declared unfit for the final two Tests of the series. 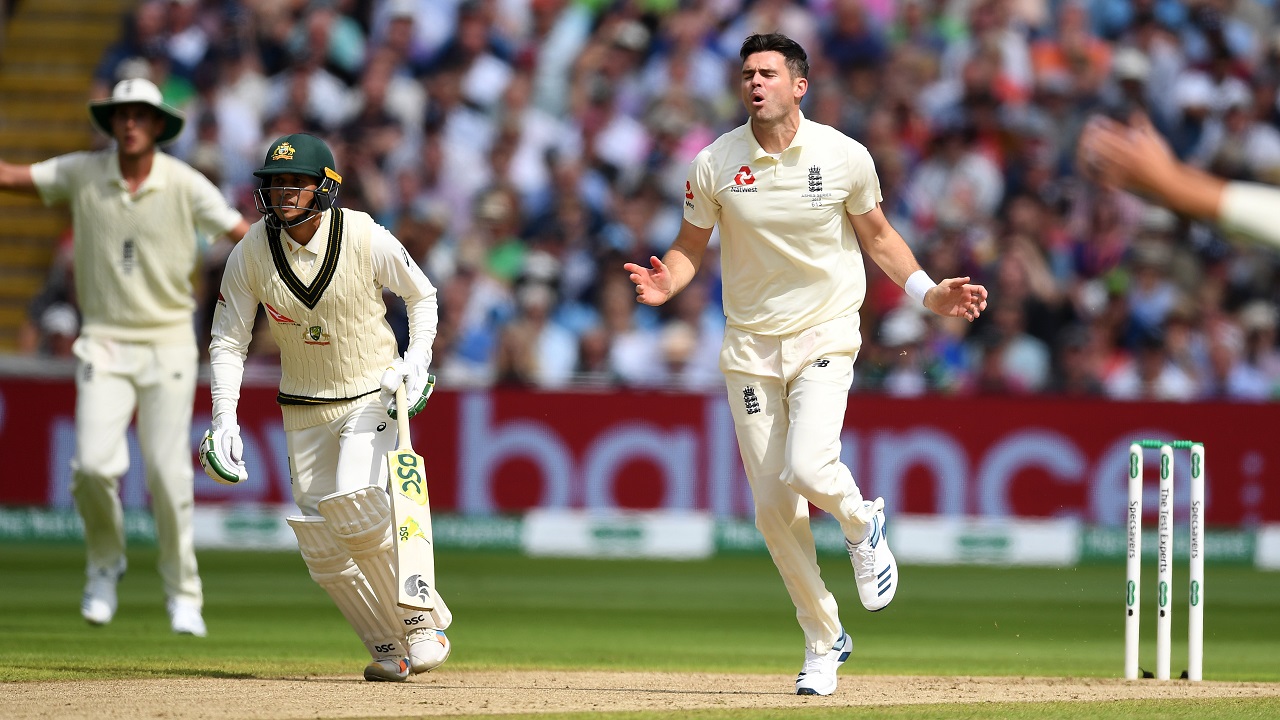 At that time, the ECB issued a statement stating, "Whilst bowling in the ninth over on Thursday in Lancashire's second XI four-day friendly against Durham at Chester Boughton Hall Cricket Club, Anderson became aware of right calf pain following on from 20 overs he had bowled on Tuesday. He immediately sought a medical assessment from Lancashire and was withdrawn from the remainder of the game. Further review with the ECB medical team has confirmed that he will be unavailable for the remaining two Specsavers Ashes Tests."

England were already giving consideration to sparing Anderson a thankless job on the spin-friendly pitches during their forthcoming tour of Sri Lanka. With that in mind, Anderson may now focus on getting ready for the English season, with a view to becoming just the fourth man in history to take 600 Test wickets after Muttiah Muralitharan, Shane Warne and Anil Kumble.

The injury to Anderson continues England's injury and illness-ridden tour of South Africa. Ollie Pope, Joe Root, Ben Stokes, Jos Buttler, Chrs Woakes, Jofra Archer and Mark Wood have all been laid low at some point in time due to illness or injury. Anderson's injury might see Archer slot back in at Port Elizabeth while Wood, who has been plagued by injury and illness, could also make a comeback. Somerset seamer Craig Overton will remain with the group having originally arrived as illness cover.

South Africa won the first Test in Centurion by 107 runs but England staged a magnificent comeback by winning the Newlands Test for the first time in 63 years, having last won under the captaincy of Peter May in 1956. Dominic Sibley scored a century and a blitz from Ben Stokes, combined with five catches and three wickets towards the end , earned him the Man of the Match and showed that he is the man for the big stages.