Jaydev Unadkat Took 10 Wickets In The Ranji Trophy Semi-final Clash Against Gujarat And That Set A New Record For The Most Number Of Wickets Taken By A Pacer In A Single Season Of The Tournament.

Jaydev Unadkat is only four wickets away from breaking the all-time record for most wickets taken in a single season of the Ranji Trophy. (Photo Credit: Twitter)

Jaydev Unadkat has been in fine form for Saurashtra and has led from the front in all the games during the 2019/20 Ranji Trophy season. Unadkat took a 10-wicket haul in the semi-final against Gujarat in Rajkot and that helped Saurashtra enter the final where they will meet Bengal at the same venue on March 9. Unadkat took 7/56 in the second innings and that resulted in a new record after 21 years. Unadkat's tally in the semi-final took him to 65 wickets in the ongoing Ranji Trophy season and it is the most by a pacer since 1999 when Karnataka's Dodda Ganesh took 62 wickets in the tournament.

After the match in Rajkot, Unadkat now stands on the cusp of history as he needs four wickets to break the overall record of most wickets by a bowler in a single season which is 68 by Bihar's Ashutosh Aman during the 2018/19 season. Unadkat has been in sensational form, taking 65 wickets at an average of 12 and a strike-rate of 25.6.

The left-arm pacer has taken seven five-wicket hauls and three 10-wicket hauls. In Saurashtra's first game of the season, Unadkat took 6/51 against Himachal Pradesh in Dharamsala as Saurashtra won by five wickets. Unadkat's first 10-wicket haul was in the clash against Railways in Vizag in which his haul of 6/23 gave them an innings and 90-run win. Unadkat did not perform well in the clash against Uttar Pradesh as Saurashtra lost their only game in the league stages by an innings and 72 runs. Unadkat picked up five wickets in Saurashtra's draw against Karnataka while his haul of 6/34 and 6/72 against Baroda proved to be the best in the whole season. The Saurashtra pacer took 6/73 against Tamil Nadu and he entered the semis against Gujarat high on confidence.

Gujarat Blown Away By Unadkat

The clash between Gujarat and Saurashtra witnessed a match of contrasting fortunes. Sheldon Jackson smashed 103 but Arzan Nagwaswalla took 5/81 as Saurashtra were restricted to 304. In response, Rujul Bhatt and Chintan Gaja hit fifties but a disciplined all-round show from Saurashtra, led by Unadkat's 3/86 gave Saurashtra a vital 52-run lead. Saurashtra were reduced to 15/5 but Arpit Vasavada's century, along with his stand of 90 with Chetan Sakariya and 109 with Chirag Jani helped Saurashtra recover to 274, setting Gujarat a target of 327. 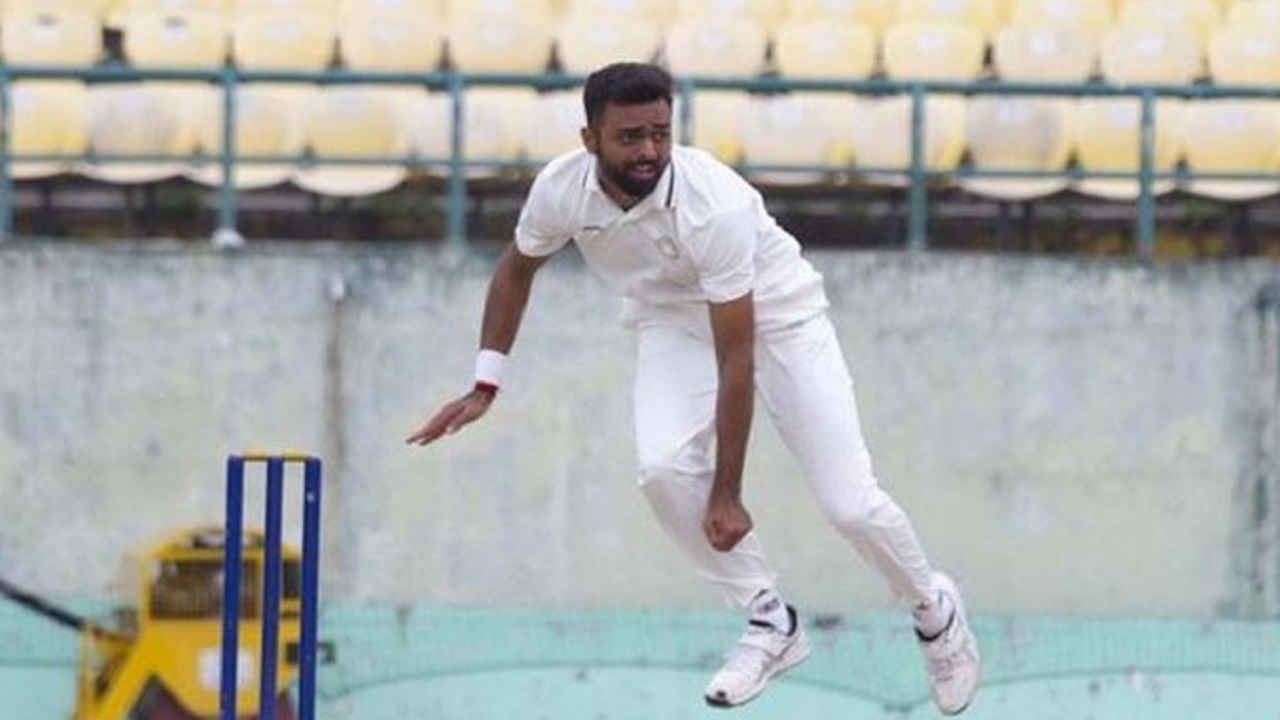 Jaydev Unakat's 7/56 was his best haul in the 2019/20 Ranji Trophy season as Saurashtra entered the final. (Image credit: Twitter)

Gaja was the star with 7/71, having hurt them with the bat as well. Gujarat also stuttered in the chase as they were reduced to 63/5 but Parthiv Patel and Chirag Gandhi stitched a match-changing partnership of 158. With just 106 runs needed and both batsmen nearing centuries, the game was in Gujarat's favour. However, Unadkat came back and dismissed both Parthiv and Gandhi and in a blitz of superb bowling, he razed the Gujarat lower order as Saurashtra won by 92 runs to enter the final. Saurashtra will now take on Bengal in the final which will be played on March 9.

Bengal ended Karnataka's quest for an unprecedented quadruple as they defeated them by 174 runs at the Eden Gardens. Anustup Majumdar's 149 was the difference as Bengal recovered from 67/6 to finish on 312. Ishan Porel then bowled with pace and hostility to finish with 5/39 to give Bengal a lead of 190. Bengal folded up for 161 in the second innings but Mukesh Kumar took 6/61 and Porel got the big wicket of KL Rahul for 0 as Bengal entered the final for the first time since 2006/07.