Jemimah Rodrigues and the Indian cricket team are having a magnificent time in the ICC Women's World T20 held in Australia. Harmanpreet Kaur's side are the first team to qualify for the semi-finals and they have won all three encounters, beating defending champions Australia by 17 runs, Bangladesh by 18 runs and overcoming a spirited performance from New Zealand to win by four runs. However, after the tense win against New Zealand, Jemimah Rodrigues has taken the internet by storm. In a video uploaded by the official Twitter handle of the ICC, Jemimah is seen shaking a leg with a woman security officer. Her dance moves to the song 'Haan main galat' from the Kartik Aaryan and Sara Ali Khan starrer Love Aaj Kal has taken social media by storm.

In fact, it even got the attention of Aaryan who tweeted that Jemimah Rodrigues was his favorite player. The actor tweeted, "My favourite cricketer aces #HaanMainGalat !! Bring the cup home Jemi Trophy Cricket bat and ball. And by popular demand also bring Security Ji to bollywood," Aaryan tweeted.

Busting moves with an off-duty security guard at the #T20WorldCup pic.twitter.com/ehUdGQc3QV

Love Aaj Kal is a 2020 Indian Hindi-language romantic drama film directed by Imtiaz Ali and starring Kartik Aaryan and Sara Ali Khan. It is a story of two different individuals on a journey of love, loss and life through the phases of Reincarnation. This is a remake of the 2012 film of the same name which starred Sara's dad Saif Ali Khan.

Indian cricket team on a roll

The Indian women's cricket team has been on a roll in the ICC Women's World T20. In the first game against Australia, Jemimah hit 26 but India were rescued by a fighting knock of 49 from Deepti Sharma and a mesmerizing spell from Poonam Yadav who took 4/19 as India defeated the defending champions by 17 runs. In their next game against Bangladesh at the WACA in Perth, Jemimah hit 34 which included two fours and a six as she shared a partnership of 37 with Shafali Verma. India won against Bangladesh by 18 runs but in the clash against New Zealand, things got tense. 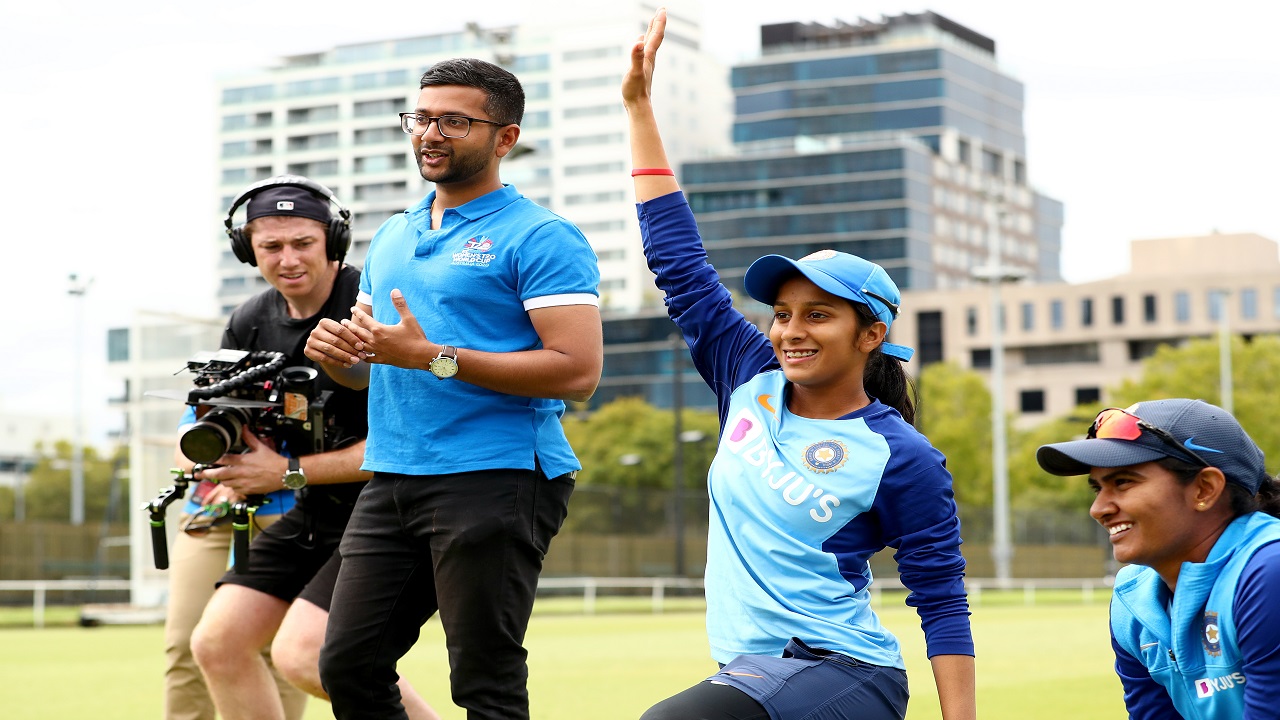 The Indian batting, barring Shafali Verma's aggressive 44, posted 133/8 but in response, the spin quartet of Rajeshwari Gayakwad, Deepti Sharma, Poonam Yadav and Radha Yadav bowled brilliantly. However, Amelia Kerr, the young New Zealand legspinner, smashed four boundaries in the 19th over bowled by Poonam Yadav and New Zealand came to within striking distance of the win but Shikha Pandey held her nerve as India won by three runs. India will be aiming to sustain their winning momentum against Sri Lanka as they reached the semi-final for the third time in the ICC Women's World T20.

If India manage to win the tournament for the first time, it will not only create a revolution in women's cricket in India but it could pave the way for Jemimah to make a big mark in Bollywood as witnessed by this lovely dancing.