From World T20 Hero To Real-Life Hero: Joginder Sharma Is Making A Big Difference In Fight Against Coronavirus

Joginder Sharma, Who Bowled The Final Over Of The 2007 World T20 Clash Against Pakistan Which Helped India Win The Title, Is Now Deputy Superintendent Of Police In Haryana And Is Helping In The Fight Against Coronavirus.

Joginder Sharma is currently the Deputy Superintendent of Police in Haryana but is best remembered for his exploits in the 2007 World T20 clash against Pakistan in the final. (Photo Credit: ICC Twitter )

India is currently facing a battle to contain the coronavirus pandemic after close to 1000 positive cases have emerged in the country with 25 people feared dead. The police, state governments and central government is working in tandem to ensure that the coronavirus does not spread rapidly in the country. Film personalities and individuals in the field of sports have all contributed in their private capacities to the Relief Funds to combat the coronavirus. However, one former India cricketer is leading from the front and tackling the coronavirus on the ground. Joginder Sharma, who is best remembered for bowling the final over in the 2007 World T20 clash against Pakistan in Johannesburg, is currently the Deputy Superintendent of Police in Haryana.

Joginder Sharma is helping India in its fight against coronavirus pandemic and recently, a photo emerged where the former India pacer, in his police uniform and wearing a mask, is apparently helping in patrolling. The ICC took to Twitter to appreciate the hard work of the former India all-rounder. "2007: #T20WorldCup hero 2020: Real world hero. In his post-cricket career as a policeman, India's Joginder Sharma is among those doing their bit amid a global health crisis," the ICC tweeted on Saturday.

In his post-cricket career as a policeman, India's Joginder Sharma is among those doing their bit amid a global health crisis.

Hero Joginder made his T20I debut in the 2007 World T20 clash against England in Durban in a match that was remembered for Yuvraj Singh's record-breaking six sixes in one over. Joginder was hit for 57 runs in four overs and did not take a wicket. In his next match against South Africa, he bowled economically for 24 runs in four overs but did not take a wicket. In the semi-final against Australia, Joginder got the wickets of Michael Hussey and Brett Lee as India won by 15 runs to enter the final. In the final against Pakistan in Johannesburg, Gautam Gambhir made 75 and Rohit Sharma made an unbeaten 30 as India ended on 157/5 after 20 overs. In response, Pakistan were kept in the game by some big hits from Imran Nazir and Misbah-ul-Haq. 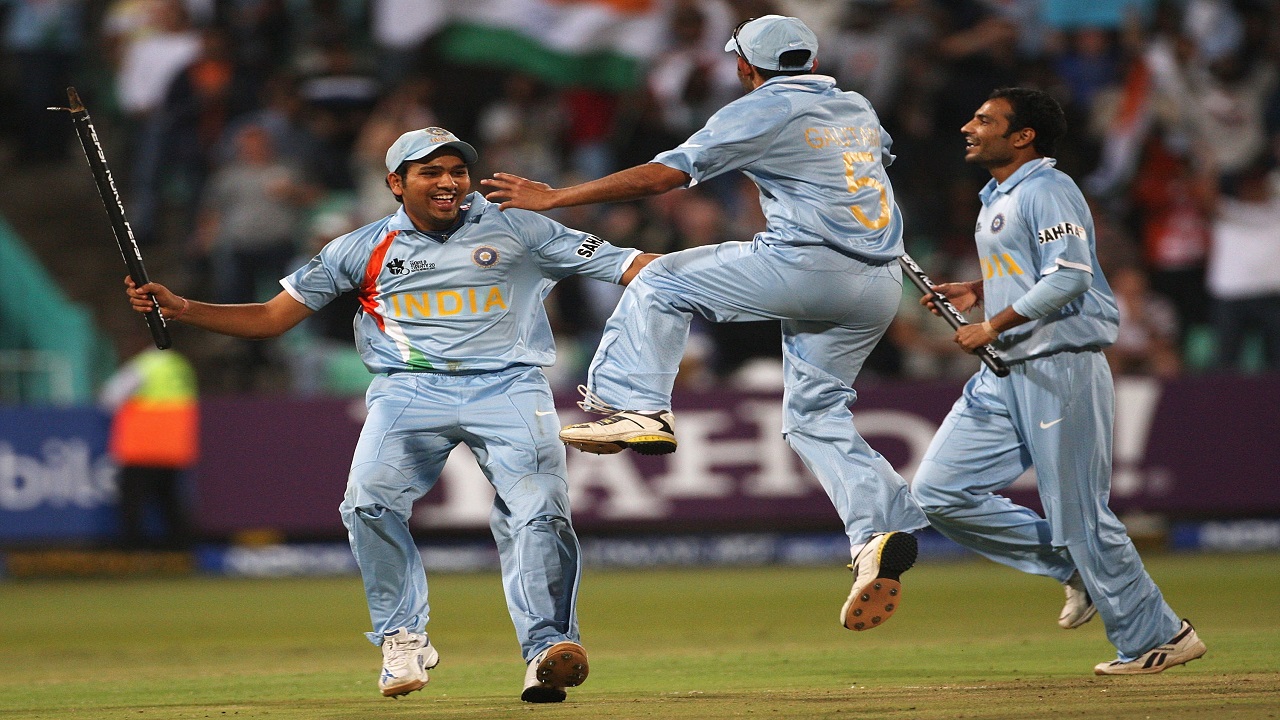 Joginder Sharma got the wicket in the final over which helped India beat Pakistan in the 2007 World T20 final. (Image credit: Getty Images)

Joginder got the wicket of Younis Khan and Irfan Pathan took three wickets as Pakistan needed 12 runs in the final over. Rather than giving the final over to the experienced Harbhajan Singh, MS Dhoni went with Joginder. After bowling a wide first ball, Joginder bowled a dot ball but in the second ball, he bowled a full toss and Misbah hit a big six. With the pressure on Joginder and Pakistan needing just one more big hit, the game was evenly poised. Misbah pre-empted the scoop but Joginder bowled a full and slow ball slightly wide outside off, Misbah mistimed the scoop and was caught by Sreesanth at short fine leg to give India a tense five-run win and win the World T20 for the first time ever.

Joginder was then picked for Chennai Super Kings in the Indian Premier League and he had moderate success but a car crash in 2011 in Dwarka, South West Delhi, seriously injured him and he missed plenty of cricket action. However, he found a job as a DSP and he has been in service for the last couple of years. With his act in 2020, Joginder has shown that he is indeed a hero in real life.