Kagiso Rabada Has Been Handed A One-Test Ban For His Aggressive Celebration Following His Dismissal Of Joe Root And This Was His Fourth Demerit In The Last One Year.

South Africa's premier fast bowler Kagiso Rabada has been handed a one-Test ban for his aggressive celebrations following the wicket of England skipper Joe Root during the first day of the third Test between South Africa and England at Port Elizabeth. This means Rabada will miss the final Test in Johannesburg, which could potentially be series deciding after England drew the series following the Cape Town Test win. The incident occurred when Rabada ran through and celebrated by pumping his fists and screaming close to Root after bowling him.

Rabada was found guilty of using language, actions or gestures" which could provoke an aggressive response from the batsman. The 24-year-old Rabada was given one demerit point for the offense but it's his fourth demerit in the last two years, which results in a one-match ban. Rabada is the No. 4-ranked bowler in the world and South Africa's spearhead. Rabada was charged with the offense in the third Test by match referee Andy Pycroft. He pleaded guilty and accepted the punishment.

Not The First Time

This is not the first time that Rabada has been fined for his aggression. The ICC handed over a two-match suspension to South African fast bowler Kagiso Rabada on grounds of offence of ICC’s Code of Conduct. The bowler’s triumphant ‘Man of the Match’ performance in the victory over Australia in the second test in Port Elizabeth was overshadowed by the ICC officials when they suspended him for the rest of the series. 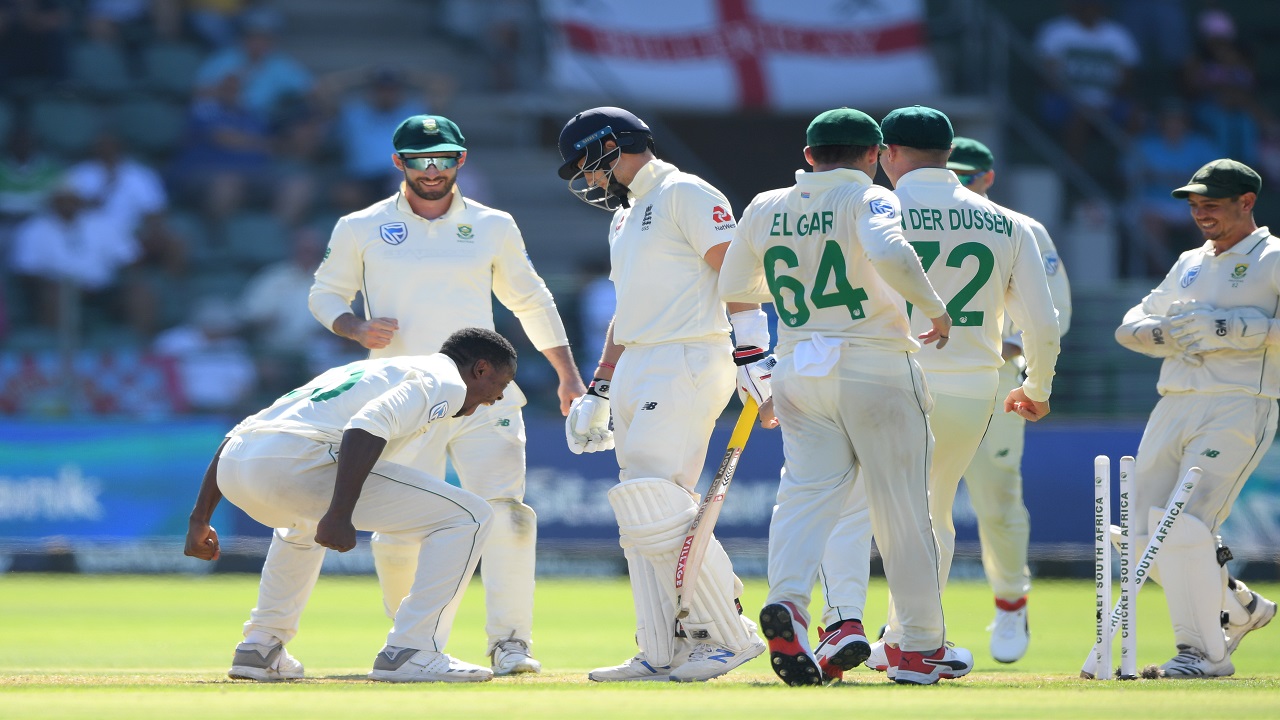 Kagiso Rabada will miss the Johannesburg Test which is the fourth of the series against England. (Image credit: Getty Images)

Rabada was found guilty of a Level 2 ICC Code of Conduct offence of 'inappropriate and deliberate physical contact with a player' and suspended on the grounds of the same. He has also received a fine of 50 per cent of his match fee and three demerit points after a disciplinary hearing, following his denial of the incident and charges.

ðŸ—žï¸ Kagiso #Rabada has received one demerit point and a fine worth 15% of his match fee for his celebration after taking the wicket of Joe Root.

The incident happened in the 52nd over of Australia’s first innings in the second Test match, when Rabada, while moving towards the slips, made contact with Steve Smith with his shoulder. Rabada, who later accepted a second charge under 2.1.7 of the code which implies using language, actions, or gestures which could provoke the batsman to an aggressive reaction, was fined another 15 per cent of his match fee, along with one more demerit point. This made his total fine of 75 per cent and four demerit points. Although this, Rabada has accumulated a total of nine demerit points within a span of 24 months, which automatically lead to the two-match suspension.