Kane Williamson Will Not Play The Fourth Twenty20 International Against India In Wellington And Tim Southee Will Captain The Team.

Kane Williamson hammered 95 in Hamilton but will not play the match in Wellington due to a shoulder injury. (Photo Credit: Getty Images)

Kane Williamson, who blasted 95 in the Hamilton Twenty20 International which resulted in a heart-breaking Super Over loss against India, has been ruled out of the fourth Twenty20 International against India at the Westpac Stadium in Wellington due to a left shoulder injury. Tim Southee will captain the side for the match as New Zealand look to arrest their ongoing slump, having lost a T20I series at home against India for the first time ever. New Zealand were outplayed in the first two matches in Auckland before they slumped to a heartbreaking loss in Seddon Park to go 0-3 down in the five-match series. New Zealand, though, have a superb record in Wellington having won six consecutive T20Is since 2014.

When Williamson came to bat on a pitch that proved to be a conundrum, the hosts were stuttering to make progress. Williamson got going with a couple of fours off Yuzvendra Chahal but he ticked into high gear when he smashed sixes off Chahal and Shami to get to his fifty. After getting to the landmark, Williamson became a boundary-hitting machine as he launched Ravindra Jadeja for two sixes and he thwarted Bumrah with three boundaries. Williamson showed he was in the zone with the assault meted out to Bumrah, who conceded over 10 runs per over for the first time since the West Indies humdinger in Lauderdale in August 2016.

When he fell to Mohammed Shami for 95, New Zealand still needed 2 out of 3. Comfortable in the circumstances. Try telling it to New Zealand. Tim Seifert missed a short ball, took a bye of the next and Ross Taylor, who had hit a six at the start of the over, was bowled by a full ball. In the super over, Williamson once again got the better of Jasprit Bumrah. After two good balls, Williamson hit a six and a four and Martin Guptill ended the innings with a four as New Zealand set India a target of 18. 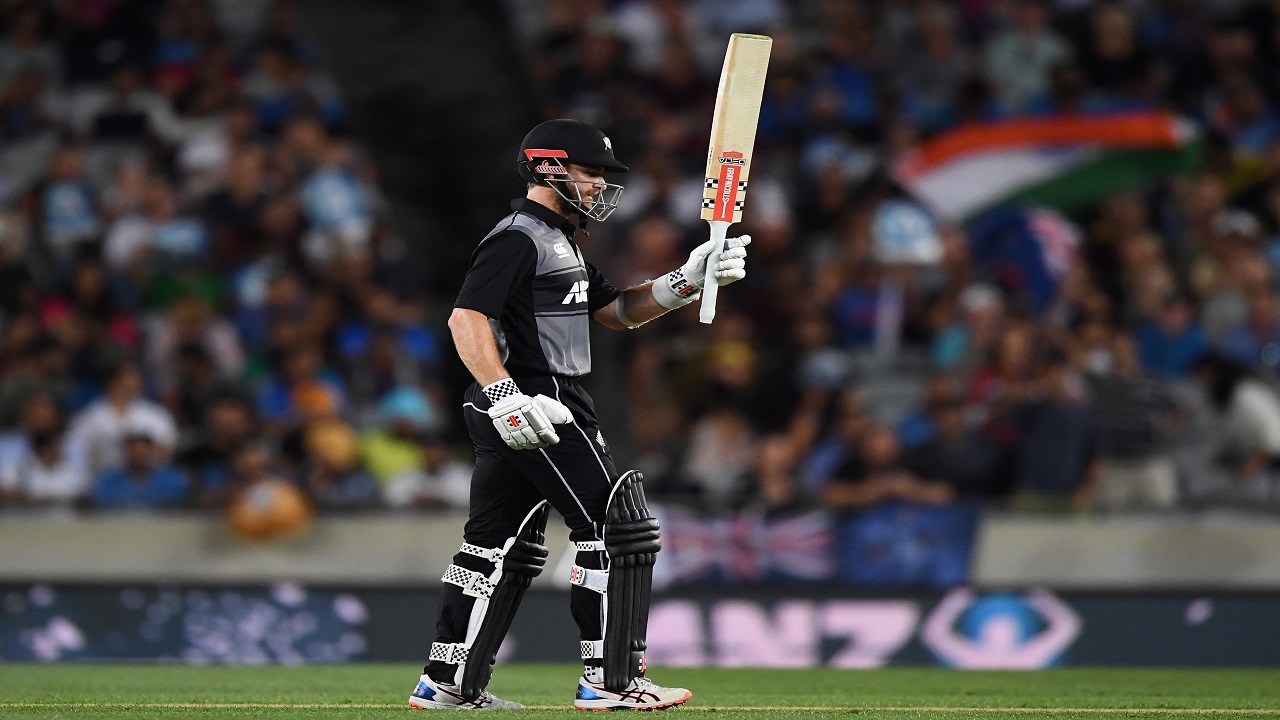 Kane Williamson has slammed two fifties in the series but his loss will be huge for New Zealand as they play for pride. (Image credit: Getty Images)

KL Rahul hit a boundary but the equation boiled down to 10 off 2 balls. However, Rohit Sharma was on strike. The most prolific six-hitter in the world, faced with the small boundaries at Seddon Park and with a wind aiding lofted hitting towards deep midwicket, capitalised on the moment.

The fifth ball was launched over deep midwicket and with four needed off the last ball, Rohit blasted a six to long off and in the most spectacular way, India saved a match which they were destined to lose as they won the super over and took an unassailable 3-0 lead in the five-match series.