India A Were Dealt A Big Blow In The Ongoing Series Against New Zealand As Khaleel Ahmed, The Left-arm Pacer Was Ruled Out Of The Tour Due To A Wrist Injury.

Khaleel Ahmed is out of the New Zealand tour due to a fracture on his left wrist. (Photo Credit: Getty Images)

Khaleel Ahmed, the left-arm Indian cricket team pacer, had played a vital part in the ongoing series against New Zealand A. Khaleel picked up 4/43 in India's win against a New Zealand XI while in the first match against New Zealand A in Lincoln, he took 2/46 as India A were boosted by knocks from Prithvi Shaw and Suryakumar Yadav. However, India A have been dealt a big blow with Khaleel being ruled out of the tour due to a wrist injury. In a statement released by the BCCI, it said, "Khaleel Ahmed fractured the scaphoid bone in his left wrist during India A's first one-day match against New Zealand A at Lincoln on January 22. His hand has been placed in a plaster cast and the left-arm fast bowler has been ruled out of the remainder of the tour. NCA will manage his rehabilitation."

George Worker's fantastic century and a blitz at the end from Cole McConchie and James Neesham helped New Zealand A come back on level terms in the series. India A chose to bowl and they struck immediately when Mohammed Siraj cleaned up Rachin Ravindra in the third over. Glenn Phillips and Tom Bruce looked to get going but Worker was batting confidently at the other end.

However, Axar Patel and Ishan Porel struck at regular intervals and at 109/5, New Zealand A were in trouble but Worker stitched a superd 149-run stand first with Neesham and then with McConchie. Neesham retired hurt but McConchie gave Worker superb support. Worker blasted a six over deep midwicket and he entered the 90s with another six off Rahul Chahar. McConchie was in superb touch by hitting two fours off Krunal Pandya. 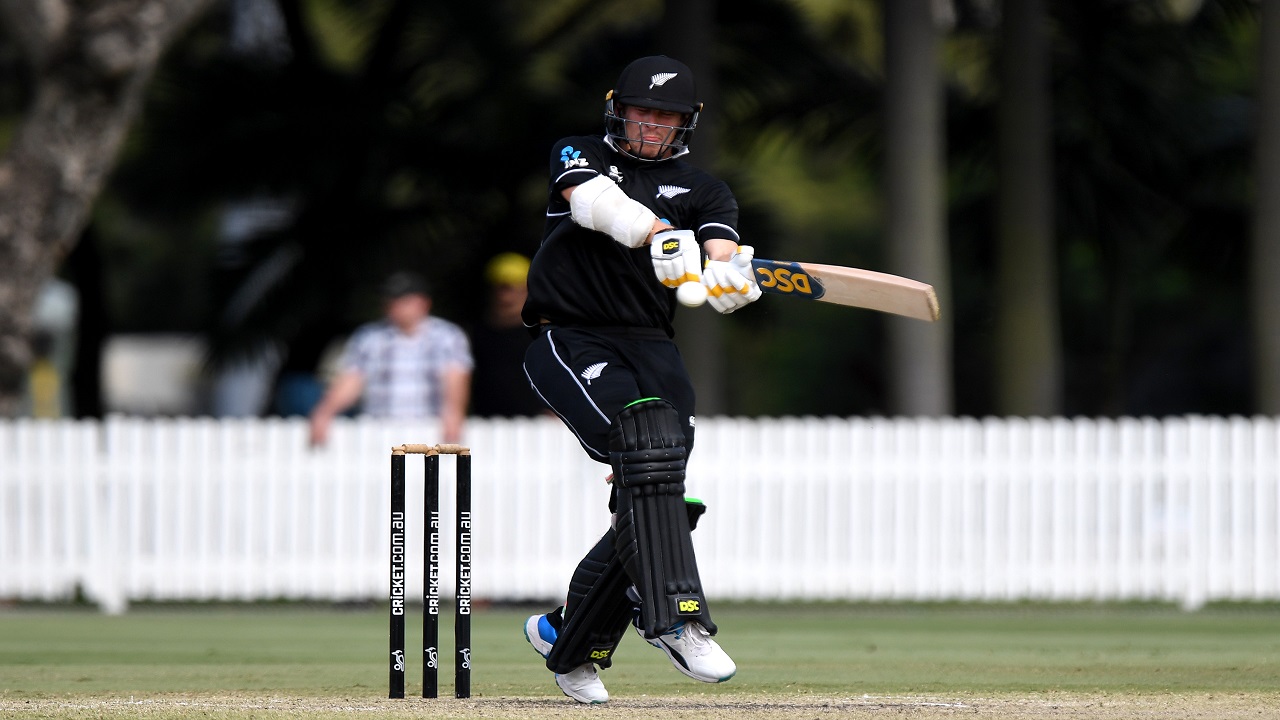 George Worker smashed a century as New Zealand A won by 29 runs against India A in Christchurch. (Image credit: Getty Images)

Worker notched up his century and he smashed Porel for two boundaries. He followed it up with two sixes off Siraj but he fell for 135. McConchie also hit his fifty but New Zealand A reached 295/7.

In response, India A suffered a big blow when Prithvi Shaw was sent back cheaply by Kyle Jamieson. Mayank Agarwal, Rituraj Gaekwad and Suryakumar Yadav all failed to convert their starts but India A were kept in the game with an aggressive partnership between Ishan Kishan and Vijay Shankar.

Both batsmen neared fifties but Kishan was run-out and Neesham got the wicket of Shankar as India A sunk further. Krunal Pandya struck some big blows and he reached his fifty but India A could not muster up enough fight and they lost by 29 runs.