KL Rahul Notched Up His Second Consecutive Fifty And Aided By A Strong Partnership With Shreyas Iyer, India Notched Up A Seven-wicket Win In The Second Twenty20 International In Auckland To Take A 2-0 Lead In The Five-match Series.

Kane Williamson, the New Zealand skipper, won the toss but surprisingly, he chose to bat. This was the same pitch on which both teams had registered 200 on Friday and it looked like it would continue in the same vein when Martin Guptill got going with two sixes off Shardul Thakur in the first over. Guptill was the primary aggressor as he cracked Mohammed Shami to deep point and to deep midwicket for a couple of boundaries. At the other end, Colin Munro struggled for timing as he repeatedly missed the slog across the line. Guptill smashed two fours off Thakur but the bowler had his revenge as the batsman mistimed a lofted shot to be caught by Virat Kohli at long on. Guptill's dismissal just at the stroke of the powerplay dented New Zealand's momentum.

Ravindra Jadeja and Yuzvendra Chahal spun a web and New Zealand struggled to cope. Munro, who had top-edged a paddle scoop over fine leg off Shivam Dube for a six, fell to the bowler as Kohli took a brilliant catch diving forward at extra cover. Jadeja removed Colin de Grandhomme for the second time in his first over while he sent back Williamson for 14 when the skipper slog swept straight to deep backward square leg.

Tim Seifert and Ross Taylor struggled and it was Seifert who broke the shackles by clobbering a four to wide long off of Chahal and then lofting him straight down the ground. Bumrah nailed the yorkers but he was unlucky to not take a wicket as Kohli dropped an easy catch off Taylor at long on. Bumrah finally had his man in the final over when Taylor fell for 18 but a six from Seifert helped New Zealand reach 132/5.

Rohit Sharma started with two boundaries but Tim Southee had his revenge in the first over when Rohit drove at an outswinger only to be caught at first slip by Taylor. KL Rahul, though, was in fine form when he glanced Hamish Bennett to long leg for a boundary and he upper-cut Blair Tickner over third man for a six. Kohli also signalled his intentions with a boundary to long off but on 11, he flicked at a full ball down the leg side off Southee and it took a good catch from Seifert to send the Indian skipper back. Realising that the pitch was offering turn and stroke-making not an easy task, both batsmen took their time and got their eye in. Mitchell Santner and Ish Sodhi were bowling well but Rahul eased the pressure by guiding a quick ball to the third man fence. Iyer joined in the fun by smashing Sodhi over long on for a big six. 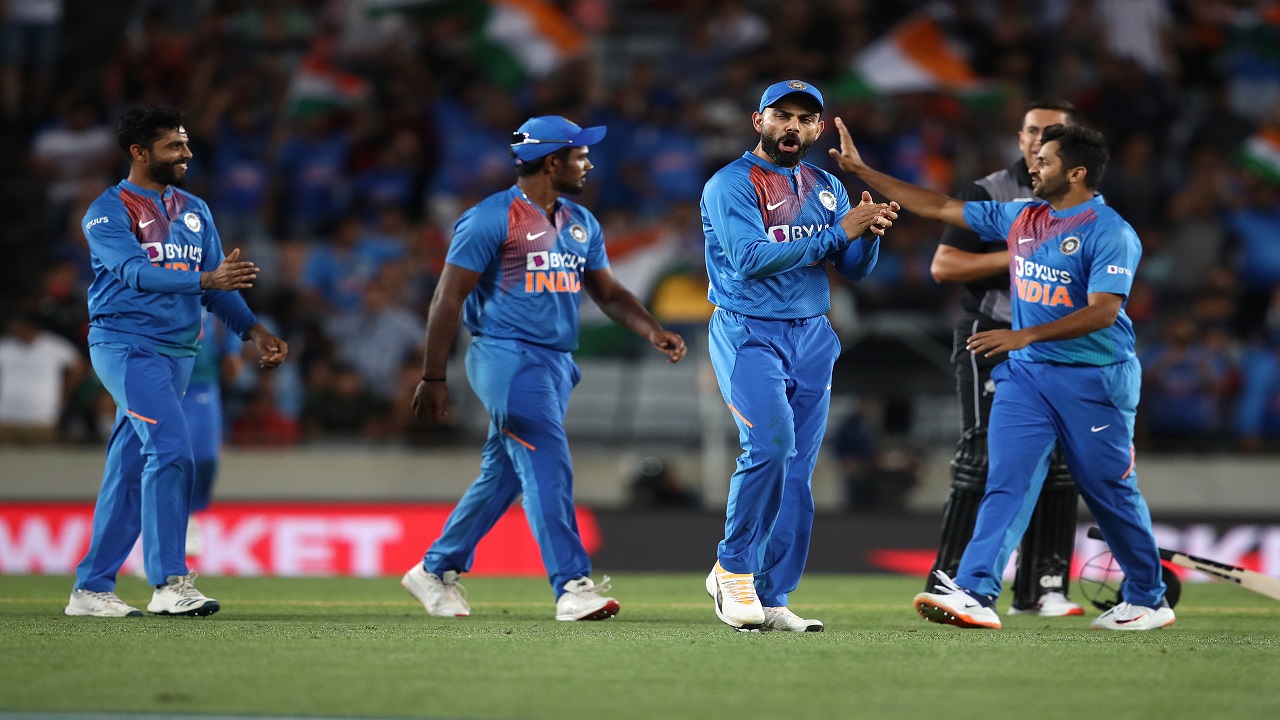 With 46 needed off 36 balls, India were in control but New Zealand needed wickets. The 15th over bowled by Bennett put the game firmly in India's favour. Rahul top-edged the upper-cut over the keeper for a six and notched up his 11th fifty with an inside-out four over wide long off. Bennett bowled five wides and the 16-run over sealed the deal for India. Iyer smashed Tickner for a six and a four and targeted Sodhi with a six over long on but on 44, he mistimed the lofted shot and was caught by Southee. Shivam Dube finished the match with a six as India won two T20Is in New Zealand for the first time.

Speaking after yet another Man of the Match performance, Rahul acknowledged that the situation demanded something different. "I knew what I had to do, I couldn't play the same way. I had a different responsibility. We lost Rohit and Kohli early, so I had to stay in there. I don't really know what to say about that (the consistent run of scores). The understanding of my game and reading my game has helped me to be more consistent. I always need to keep the team ahead and what the team requires. I have come up with the right shots and the right answers," Rahul said.

The next match will be played on January 29 at Seddon Park in Hamilton and a win for India will help them create history and make a record no other team has done in the short history of the format.