KL Rahul Notched Up His Fourth Century And He Became The First Player After Suresh Raina To Score A Ton At The Number Five Position In New Zealand And The First After MS Dhoni Since 2017.

KL Rahul became the first Indian player after MS Dhoni since 2017 to hit a century in the number five position during the Bay Oval ODI against New Zealand. (Photo Credit: Getty Images)

KL Rahul came to the crease when India were struggling at 62/3 in the third and final ODI against New Zealand at the Bay Oval stadium in Mount Maunganui. KL Rahul shared a partnership of 100 for the fourth wicket with Shreyas Iyer and then notched up a crucial partnership of 107 with Manish Pandey as India managed to reach 296/7 after the end of 50 overs. During the course of the innings, Rahul notched up his fourth century and he continued his purple patch on the tour. When Rahul notched up a century, he joined a very illustrious list for achieving a feat that has not taken place often. KL Rahul's century came while batting at the No.5 position and he became the second player after Suresh Raina to have hit a century in an ODI in New Zealand while batting in that position. Raina had blasted 110* during the Zimbabwe game in Auckland at the 2015 ICC Cricket World Cup.

However, Rahul also matched MS Dhoni who last made a century at the No.5 position. The former India captain blasted 134 in the Cuttack ODI against England in 2017. In that match, Yuvraj Singh and Dhoni came when India were struggling at 25/3. Yuvraj blasted 150 and Dhoni shared a partnership of 256 runs for the fourth wicket as India staged a magnificent recovery and both Yuvraj and Dhoni made a grand comeback. India reached 381/6 and England put up a spirited response to fall short by 15 runs. 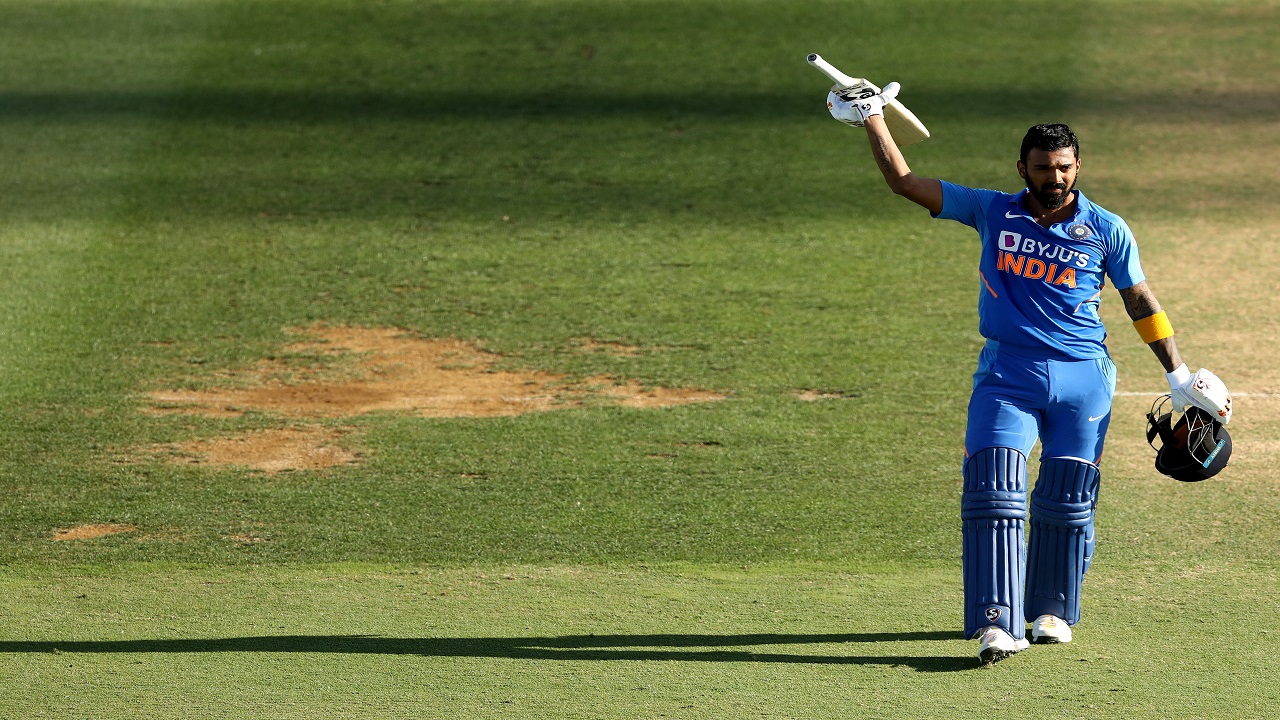 During the 2015 World Cup, Raina and Dhoni came together when India were 92/4 in their chase of 289 in the clash in Auckland. Raina blasted nine fours and four sixes and Dhoni gave him great company when he hit 85 off 76 balls as he hit nine fours and two sixes.

KL Rahul has been in sublime form in the last couple of months ever since he became the wicketkeeper batsman during the series against Australia. Rahul's knock in Rajkot helped India level the series and they won a closely fought ODI series 2-1. Speaking after the end of the series, Rahul revealed that in order to prepare for the challenges of constant change, he picked the brains of modern-day great Virat Kohli apart from watching videos of Steve Smith and Kane Williamson as well as of AB de Villiers.

"I don't think technically I have practiced anything different. I just spoke a lot more to middle-order batsmen and watched a lot of videos. I spoke a lot to Virat (Kohli) and watched a lot of videos of AB (De Villiers) and Steve Smith for that matter and how they build their innings. Kane Williamson is somebody I've tried to go back and watch some of his videos and see how he build his innings and how they play in certain situations. The only thing I'm trying to learn is how I can use my game and be better at a certain situation," Rahul said in the post-match press conference.