KL Rahul's Great Form In The Recent Series Against Sri Lanka Has Helped Him Remain The Top-ranked Indian In Twenty20 Internationals While Virat Kohli Has Moved To Ninth In The Latest ICC Rankings.

KL Rahul's form in Twenty20 Internationals has been sensational in the last one year. In the series against Australia which was before the ICC Cricket World Cup 2019, he smashed 50 and 47 but in the last three series against Bangladesh, West Indies and Sri Lanka, the Karnataka right-hander has been in great form. In the deciding game against Bangladesh in Nagpur, Rahul smashed 52 and helped India win the series 2-1. Against West Indies, Rahul smashed 62 and 91 in Vizag and Mumbai as India won against the West Indies. Recently, in the series against Sri Lanka, Rahul's 45 and 54 helped India win the three-match series 2-0.

The exploits of Rahul in the series has seen him gaining 26 points and is now on 760 rating points, just six behind Australia's Glenn Maxwell after scores of 45 and 54 in his two innings against Sri Lanka. The ICC T20 rankings were updated after the conclusion of the three-match series between India and Sri Lanka. On the other hand, Kohli had a modest series, managing 34* and 26 in the two matches but in both the games, he was either chasing a low score or batting lower down the order after the openers strung a good partnership.

Kohli, top-ranked in Tests and ODIs, is in ninth position while left-handed opener Shikhar Dhawan, too, has climbed a rung to be placed 15th. Dhawan smashed an attacking 52 and this was his first fifty in 15 innings after finishing 2018 as the leading run-getter in the Twenty20 Internationals. In the ICC Team Rankings, India have gained two points but remained static in fifth position with 260 points, while Sri Lanka have lost two points and now have 236, the same as Afghanistan.

The Indian fast bowlers have made notable gains in the first T20I update of the year and would be encouraged as they prepare for the ICC men's T20 World Cup, to be held in Australia later this year. Navdeep Saini, who was named as the player of the series for taking five wickets against Sri Lanka, has rocketed 146 places to 98th while Shardul Thakur has re-entered in 92nd position after both finished with five wickets apiece in the series. 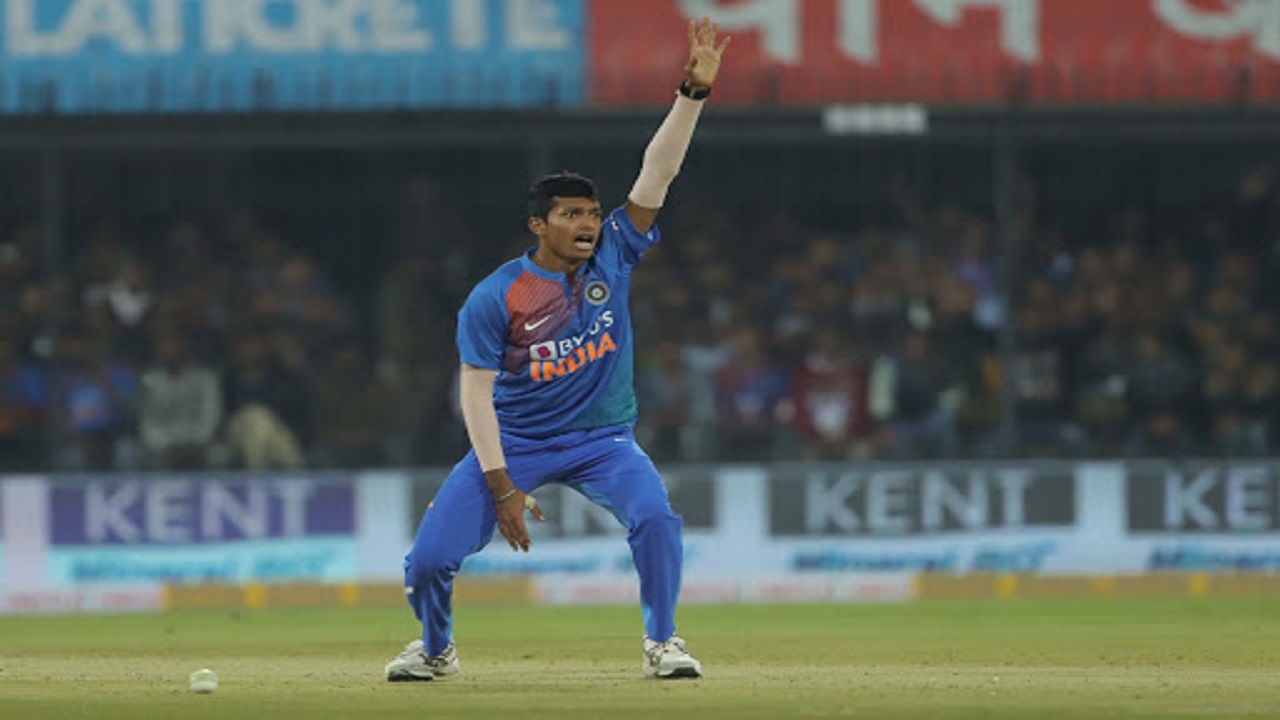 Navdeep Saini has been impressive in the series against West Indies and Sri Lanka. (Image credit: IANS)

After the end of the series against New Zealand, the IPL will be played mostly from March to May. After the end of the IPL, the Indian team will play the Asia Cup tournament which will mostly be in the form of Twenty20 Internationals while they will also play an away series against Sri Lanka. Thus, potentially, India can play close to 15 Twenty20 Internationals before the start of the World T20.