Kuldeep Yadav, Who Had An Inconsistent Run In International Cricket In 2019 And Was In And Out Of The Side, Has Promised To Bounce Back In 2020 As The Indian Cricket Team Gears Up For The World T20 In October.

Kuldeep Yadav took a hat-trick to end a difficult 2019 in style as he was in and out of the Indian cricket team. (Photo Credit: Getty Images)

Kuldeep Yadav had endured a torrid time in 2019. In 23 ODIs, he took 32 wickets but it was at a slightly expensive economy rate of 5.33. In Twenty20 Internationals, he played just two games and took four wickets and his economy rate was close to nine. In Tests, barring the Sydney game in which he took 5/99, he did not play in any Test in the year. Even in the 2019 Indian Premier League, the chinaman bowler endured a miserable time taking just four wickets in nine games at an economy rate of 9 and an average of 71.50. Speaking ahead of the third and final Twenty20 International against Sri Lanka at the MCA stadium in Pune, Kuldeep promised to bounce back after a tough year.

"It (2019) was a tough one. I learned a lot of things and the biggest positive was getting to know that I could have planned things better. If I thought more and gave more time to myself, I could have performed better. In 2020, I will try to plan every game better and give myself more time, so I get more time to reflect on my game. You play a lot of matches but at the same time, you have to give yourself more time to plan for the next game. I want to be more mentally prepared this year. I will definitely take the help of video analysts and speak to the bowling coach (Bharat Arun) in the nets, where we can figure out the strengths and weaknesses of various batsmen. Now everyone knows how Kuldeep bowls, he is a chinaman, who has wrong-uns, flippers. So, I have to bring changes in my bowling, which the batsmen cannot figure out," Kuldeep said.

History Towards The End

Despite a tough year, Kuldeep had reasons to smile towards the end when he created history in the Vizag ODI against West Indies. Kuldeep took his second hat-trick in ODIs to help India win by 107 runs against the West Indies. Kuldeep had taken a hat-trick earlier against Australia in 2017 at the Eden Gardens and his feat puts him in a special group of players who have taken a hat-trick in ODIs twice. 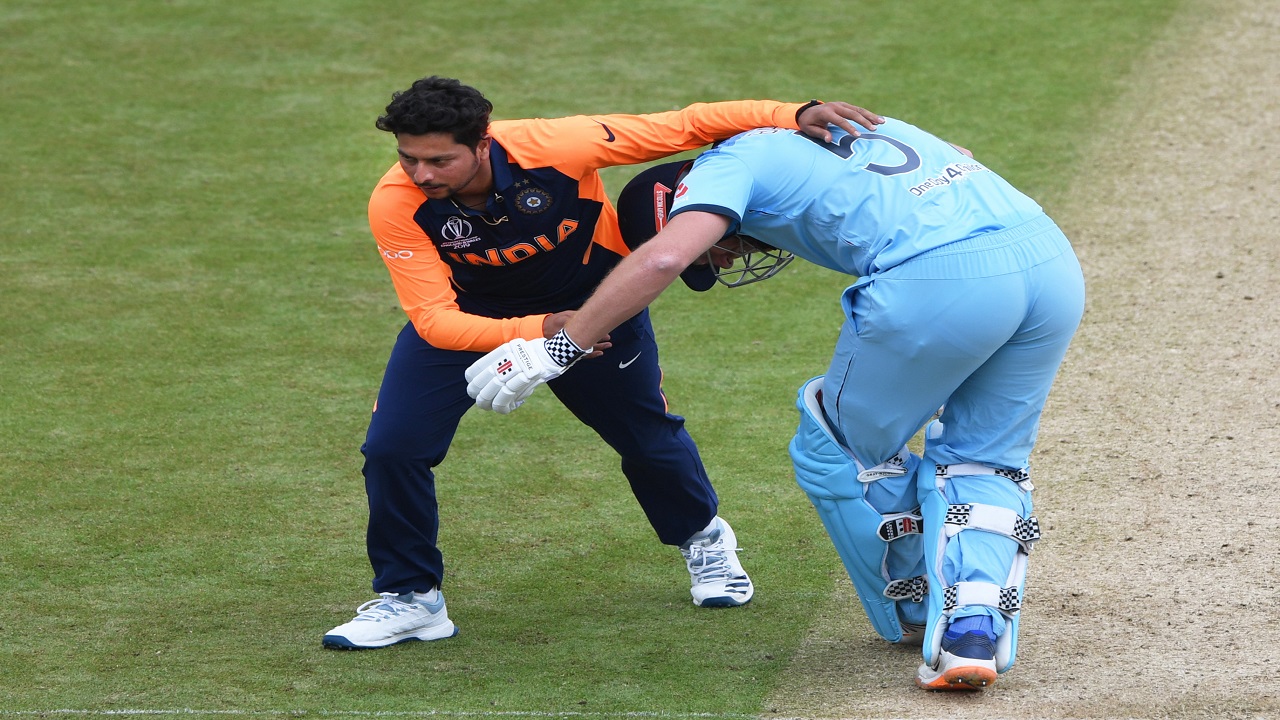 Kuldeep's feat build on the earlier double strike by Mohammed Shami and centuries by KL Rahul, Rohit Sharma as India dominated the West Indies in style. Kuldeep joined a select list of bowlers who have taken two or more hat-tricks in ODIs. Wasim Akram of Pakistan was the first to take two hat-tricks. Saqlain Mushtaq and Chaminda Vaas were the others to follow suit. However, Lasith Malinga of Sri Lanka holds the world record for taking three hat-tricks in ODIs while Trent Boult of New Zealand was the last person to take two hat-tricks in ODIs. Kuldeep's feat came at the Eden Gardens against Australia and it involved running through the lower-middle order.

After the first match in Guwahati was abandoned in farcical circumstances, the Indore match produced a clinical performance from Virat Kohli's side. Kusal Perera was looking in great form but Kuldeep managed to get rid of him for 34. Earlier, he had gotten rid of Bhanuka Rajapaksa with a legbreak that spun away and the batsman was stumped by Rishabh Pant. Sri Lanka were restricted to 142/7 and aggressive knocks from KL Rahul, Shreyas Iyer and Virat Kohli helped India achieve a seven-wicket win.