Kyle Jamieson Impressed On His Debut As He Took The Wickets Of Cheteshwar Pujara, Virat Kohli And Hanuma Vihari As New Zealand Had India On The Ropes Before Ajinkya Rahane And Rain Saved Them On Day 1 Of The First Test At The Basin Reserve.

Kyle Jamieson had an impressive debut against India on day 1 of the Wellington Test as he got the wickets of Virat Kohli, Cheteshwar Pujara and Hanuma Vihari. (Photo Credit: Getty Images)

Before the start of the Wellington Test, there were images of the green nature of the Basin Reserve pitch shared on social media. Many users expressed concern that the Indian team could find it very difficult in the conditions. Their fears were proven true. On a cloudy day and with the notorious Basin wind howling, Kane Williamson won the toss and inserted India in. Kyle Jamieson was handed a debut. Like his ODI debut in Auckland, his pace and movement troubled the Indian batsmen and in Wellington, he delivered a dream spell. Kyle Jamieson ripped through the Indian middle order of Cheteshwar Pujara, Virat Kohli and Hanuma Vihari and it needed a solid rearguard from Ajinkya Rahane to salvage the situation for India. Rain in the final session ensured that day 1 would be curtailed with India reeling at 122/5 at stumps.

Even before a ball was bowled, the Basin Reserve stood up for Ross Taylor, who became the first cricketer in history to play 100 or more games in all three formats. Taylor walked to the national anthem with his two kids and this seemed to galvanise New Zealand as they put in a clinical bowling performance. Prithvi Shaw looked good with a couple of boundaries but Tim Southee struck when he removed Shaw with a delivery that swung away late to be castled for 16. Mayank Agarwal, at the other end, looked solid and he tackled the conditions well. But, Kyle Jamieson had other ideas and he proceeded to shred the Indian middle order.

Using his six foot eight inch height to perfection, all Jamieson had to do was hit the right lengths and get just the right amount of swing to trouble the Indian batsmen and he obliged. With just his third over, Jamieson got a short of a length ball to rear up sharply from the deck as it cut away and Cheteshwar Pujara could only edge it to the keeper for 11. In walked Virat Kohli, India's premier player and currently undergoing a lean patch. The Indian skipper tried to be confident but in the process, he fell prey to his similar failings which plagued him in 2014 in England. 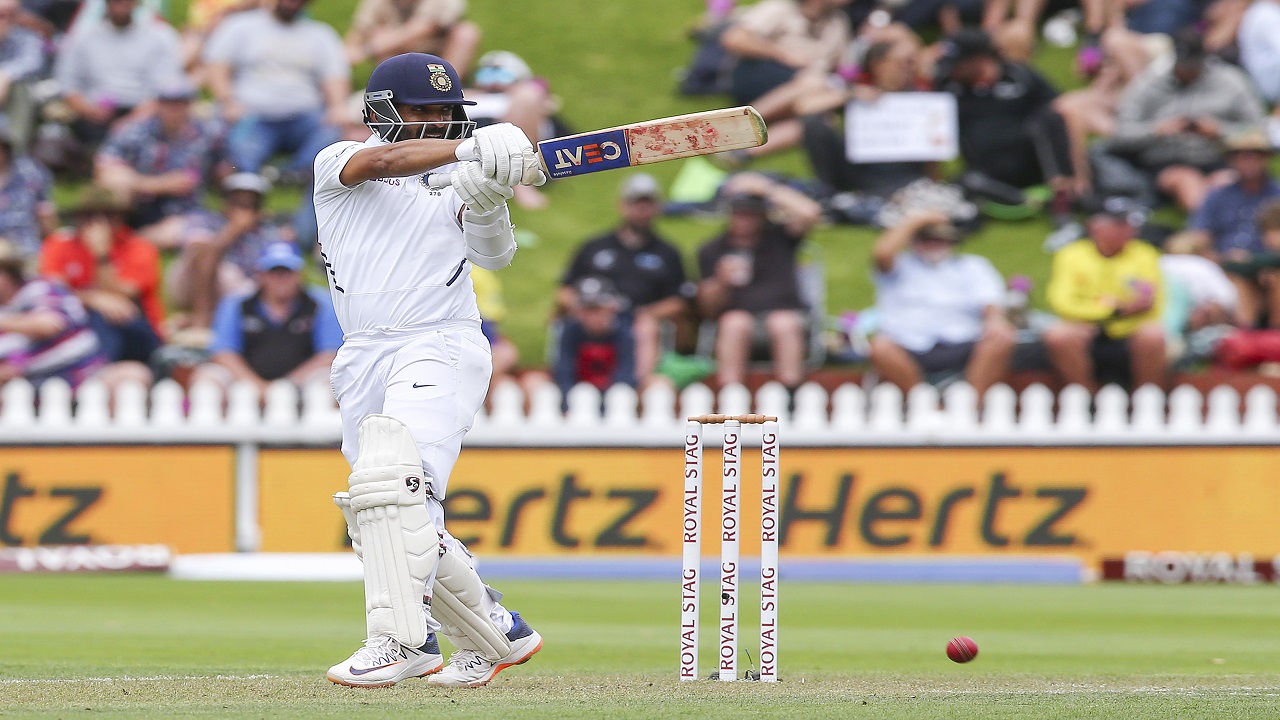 Jamieson bowled a full ball wide outside off, Kohli pushed at the delivery without any feet movement and he edged the catch to slip where Taylor took the catch. Rahane and Agarwal steadied the ship with some good shots as India entered the lunch break without any further jolts. Following the lunch break, Agarwal got a life when Trent Boult missed a sharp catch off his own bowling but he failed to capitalise as two balls later, he pulled a short ball on leg stump to long leg where Jamieson took the catch.

The tall pacer continued to be in the thick of the action as he got rid of Hanuma Vihari for 7 with a full ball that nipped away and BJ Watling took the catch. Rishabh Pant survived a short ball barrage as he and Rahane decided to dig in. Both batsmen negotiated the period well and decided that their only way to survival would be to grind the Kiwi bowlers down and consume as many deliveries as possible. The rain, though, had the final say in the final session as the entire session was washed out.

However, the day belonged to Jamieson and he showed that if he is injury-free and nurtured well, New Zealand would have found the next big talent that can do well on the grand stage.