Kyle Jamieson from Auckland had a superb outing in the final match against India A where his haul of 4/49 helped New Zealand A win the match by five runs. (Photo Credit: Getty Images)

He is six feet eight inches tall. At 25 years, the youngster made a big impression during the ongoing series between New Zealand A and India A. In three games, he took six wickets and his haul of 4/49 in the final game helped New Zealand A win by five runs to win the series 2-1. For Auckland in the Super Smash T20, he was in great form by taking eight wickets from six matches at an average of 16 but at a slightly expensive economy rate of 9.4. With injuries ravaging the New Zealand national team, Jamieson has been included in the squad for the three-match ODI series which begins on February 5.

Nicknamed Killa, the towering Jamieson has been using his height to good effect in the domestic circuit, bouncing out batsmen. While he was coming through the ranks following an impressive performance in the 2014 U-19 World Cup, the Black Caps tweeted in 2016: "Move over Two Metre Peter! Meet NZ's new tallest cricketer Kyle Jamieson 2.03 metres (6'8) in jandals". In four matches for New Zealand, he took seven wickets at an average of 23 and an economy rate of 4.5.

Jamieson will come into the ODI side that will be missing the services of Trent Boult, Lockie Ferguson and Matt Henry. Boult suffered a fractured hand after being hit on the arm by a Mitchell Starc bouncer in Melbourne while Ferguson has been sidelined with a hamstring injury since the Perth Test. Henry, on the other hand, suffered an injury in his finger during the Sydney Test as New Zealand endured a torrid time in Australia, losing 0-3.

Changes Galore In The Side

The Black Caps will rely on Tim Southee's experience, while Colin de Grandhomme returns to the squad after being left out for the last two T20Is. Jimmy Neesham and Mitchell Santner will be the all-round options. Meanwhile, spinner Ish Sodhi has been included in the squad for only the first ODI in Hamilton. He will be released for the second unofficial 'Test' between India A and New Zealand A in Christchurch on February 7. 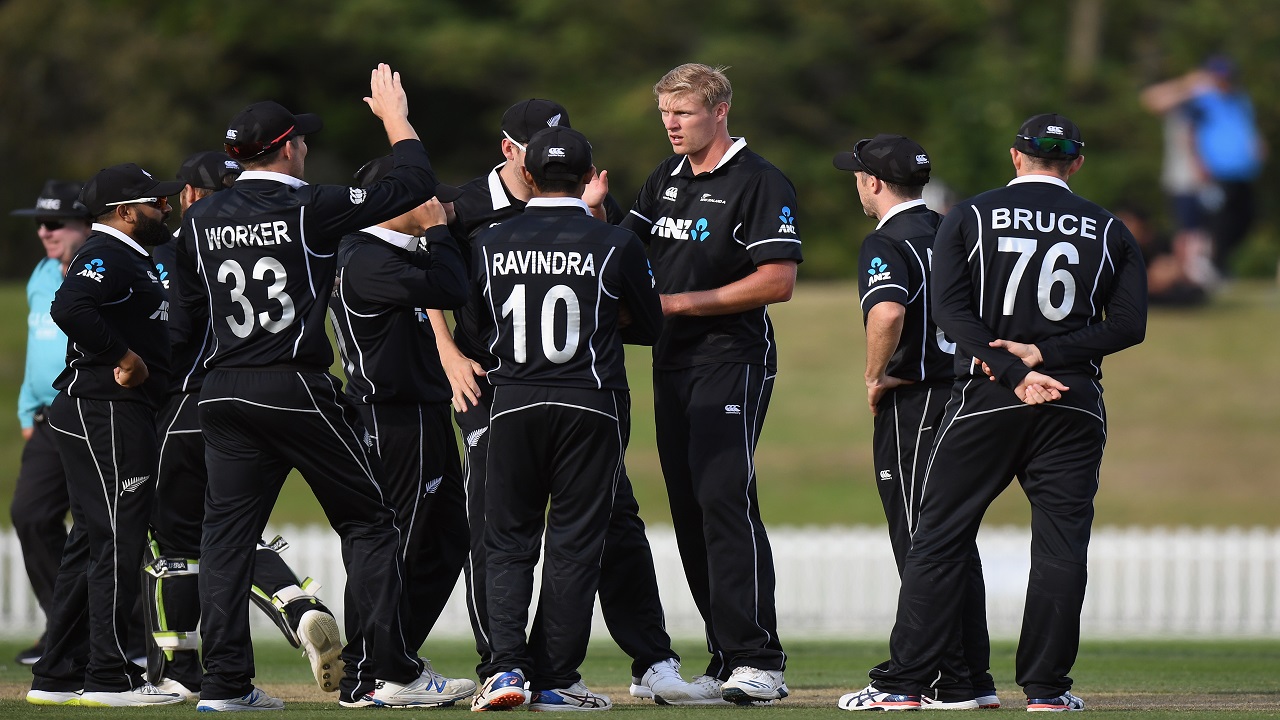 Kyle Jamieson played for Auckland in the Super Smash tournament and was part of the 2014 Under-19 World Cup. (Image credit: Getty Images)

Coach Gary Stead said his team was aware of the task at hand and looked up to his batsmen to step up. "We've seen from the Twenty20 series (India) are clearly as strong as ever," Stead said. "While the bowling line-up has a fresh look, the batting is very settled and we'll likely have the same top eight batsmen from the World Cup finals. Tim Southee has an important job leading our new look pace attack, which has a huge opportunity against some of the very best batsmen in the world."

This will be the first encounter between the two sides ever since the 2019 ICC Cricket World Cup semi-final in Old Trafford. Williamson smashed 67 and New Zealand notched up 239 before an inspired spell from Henry and Boult helped New Zealand win the match by 18 runs and qualify for the final.