On This Day - Lasith Malinga Does The Unbelievable, Takes Four Wickets In Four Balls In 2007 World Cup Clash

Lasith Malinga Achieved A Remarkable Feat On March 28, 2007 When He Became The First Bowler In The History Of International Cricket To Take Four Wickets In Four Balls As Sri Lanka Nearly Pulled Off A Miraculous Win Against South Africa In The World Cup Clash In Providence Stadium, Guyana.

Lasith Malinga created history on March 28, 2007 when he became the first player to take four wickets in four balls to nearly give Sri Lanka a miraculous win in the 2007 World Cup clash against South Africa in Guyana. (Photo Credit: Getty Images)

Sri Lanka were facing certain defeat in their Super Eight encounter against South Africa in the 2007 World Cup clash at the Providence stadium in Guyana on March 28, 2007. Sri Lanka had managed to crawl to 209 all out with Charl Langeveldt taking 5/39 despite fifties from Tillakaratne Dilshan and Russell Arnold. Jacques Kallis smashed 86 and skipper Graeme Smith hit 59 as South Africa needed four runs in six overs with five wickets in hand. South Africa were one hit away from a win and Sri Lanka needed a miracle. Not many people realised it, but a miracle was almost delivered in Providence. Lasith Malinga stepped up and proceeded to deliver the spell of ages as Sri Lanka almost upset South Africa in a dramatic twist.

The carnage started when Shaun Pollock, batting on 13, was facing Lasith Malinga in the 45th over of the game. In the fifth ball, Lasith Malinga bowled a slow leg-cutter and Pollock played down the wrong line to get bowled. The celebrations were slightly muted but Sri Lanka's spirit rose when on the next ball, Andrew Hall chipped a full and slow ball from Lasith Malinga to short extra cover to be out for 0. Sri Lanka needed three more wickets but Jacques Kallis was still there. Chaminda Vaas conceded just one run in the 46th over and South Africa needed three more runs.

However, Malinga was on a roll and he proceeded to change the course of the game. With his first ball of the 46th over, Malinga became the second Sri Lanka bowler after Chaminda Vaas as he dismissed Kallis for 86 with a ball that was full and fast outside off and the batsman went for the drive only to edge it to the keeper. Sri Lanka now had a genuine chance. In the second ball, Malinga created history as he took his fourth consecutive wicket by dismissing Makhaya Ntini for 0 with a yorker. Sri Lanka were celebrating wildly and so did the fans on the grassbanks in Providence stadium. South Africa were choking very badly again.

Malinga could very well have gotten his fifth wicket in five balls when he beat Charl Langeveldt with a yorker but the ball just missed the off stump by a whisker. Maybe an extra coat of varnish might have resulted in the ball hitting the stumps, it was that close. A misfield allowed South Africa a run but in the next over, the pressure remained with Vaas bowling a maiden over. Robin Peterson was on strike to Malinga and in his first ball, he was beaten on the outside edge as the pressure became unbearable. However, in the second ball, Peterson got an edge that went to the boundary and South Africa had won by one wicket. Such was the relief that Peterson pumped his fists and proceeded to break the wickets at the other end with his bat to which he apologised. 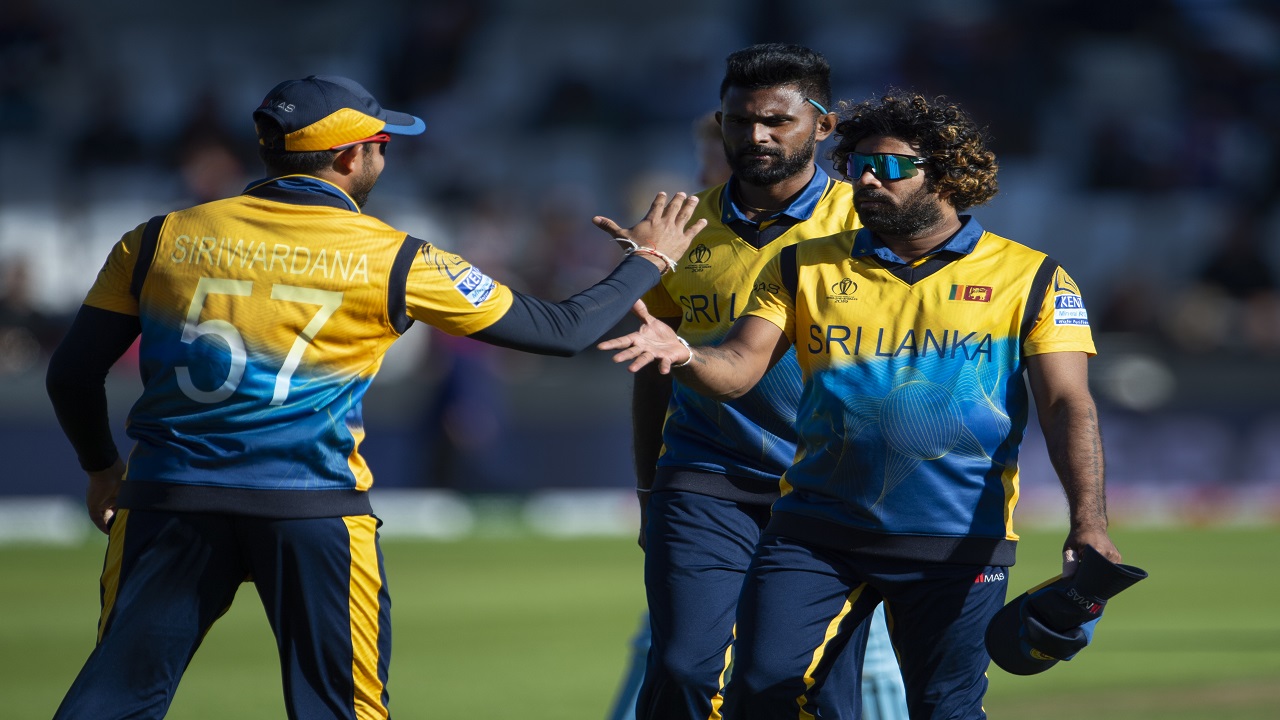 South Africa may have won the match but it was Malinga who stole the plaudits for his freakish spell. During that spell, the words of former South Africa batsman Daryl Cullinan, who was on-air for commentary duties, symbolised the rise of Malinga. When he took his fourth wicket, Cullinan remarked, "This is brilliant. Whoever would have thought that this could possibly happen? Lasith Malinga, he is seriously making a name for himself out here."

The 2007 World Cup clash on March 28 indeed made Lasith Malinga the next big thing in cricket. He went on to become one of the best death bowlers in the world and his yorker, which he honed by hitting a shoe that was pinned close to the stumps, became the blueprint for upcoming bowlers to hone their skills. Malinga went on to take two more hat-tricks in ODIs, which included one against Kenya in the 2011 World Cup as well as in the clash against Australia at home in the same year at the R Premadasa stadium.

However, history would once again be repeated 12 years later during the Twenty20 International clash against New Zealand in Pallekele. In the match, he took the wickets of Colin Munro, Hamish Rutherford, Colin de Grandhomme and Ross Taylor as he became the only bowler in the history of international cricket to take four consecutive wickets in both T20Is and ODIs.

He became the only bowler to take four hat-tricks in limited overs cricket while in T20s, he is the leading wicket-taker in the prestigious Indian Premier League while he is the only bowler to take over 100 wickets in T20Is. Indeed, Cullinan's words were true 13 years ago. Malinga made a big name for himself in Providence in 2007 and in 2020, he is still the greatest bowler in the world.