Lizelle Lee Thumped A Century And Became The Fifth Woman Player To Hit A Ton In The ICC Women's World T20 As South Africa Notched Up The Highest Score In The Tournament As They Thrashed Thailand In The Clash At The Manuka Oval In Canberra.

South Africa chose to bat but Thailand once again got the breakthrough when Ratanaporn Padunglerd got the wicket of skipper Dane van Niekerk for 2 when she mistimed a full toss to mid on. At the other end, Lizelle Lee had started off aggressively with two boundaries off Nattaya Boochatham and she continued to pulverise the Thailand bowlers with two boundaries off Soraya Lateh. Lizelle Lee got good support from Sune Luus but the right-hander scored the bulk of the runs and it continued with two fours off Suleeporn Laomi.

Lizelle Lee hit the first six of the match of Onnicha Kamchomphu but the legspinner dropped Lizelle Lee in the same over and the South African batter made them pay. The 10th over witnessed carnage as Chanida Sutthiruang lost the plot. Luus blasted a six off a no-ball and Lizelle Lee notched up her 12th fifty with a four and a six in the same over. Lizelle Lee continued the carnage on the Thailand bowlers as Nattaya Boochatham was blasted for two fours and a six in one over.

The 100-run stand came up and both players found the boundary on a regular basis. Lizelle Lee notched up her maiden century by smashing three fours in one over bowled by Suleeporn Laomi and the delight was evident on her face as she had waited for a long time to register this feat. However, the veteran departed for a brilliant 101 but Luus continued the onslaught. She smashed two fours and notched up her fifty with a six off Boochatham. Chloe Tyron came in and blasted Sornnarin Tippoch for two sixes and a four. Luus helped South Africa to the highest total in the Women's World T20 while Lizelle Lee joined Deandra Dottin, Harmanpreet Kaur, Meg Lanning and Heather Knight as the other batters to have hit a century in the World T20. 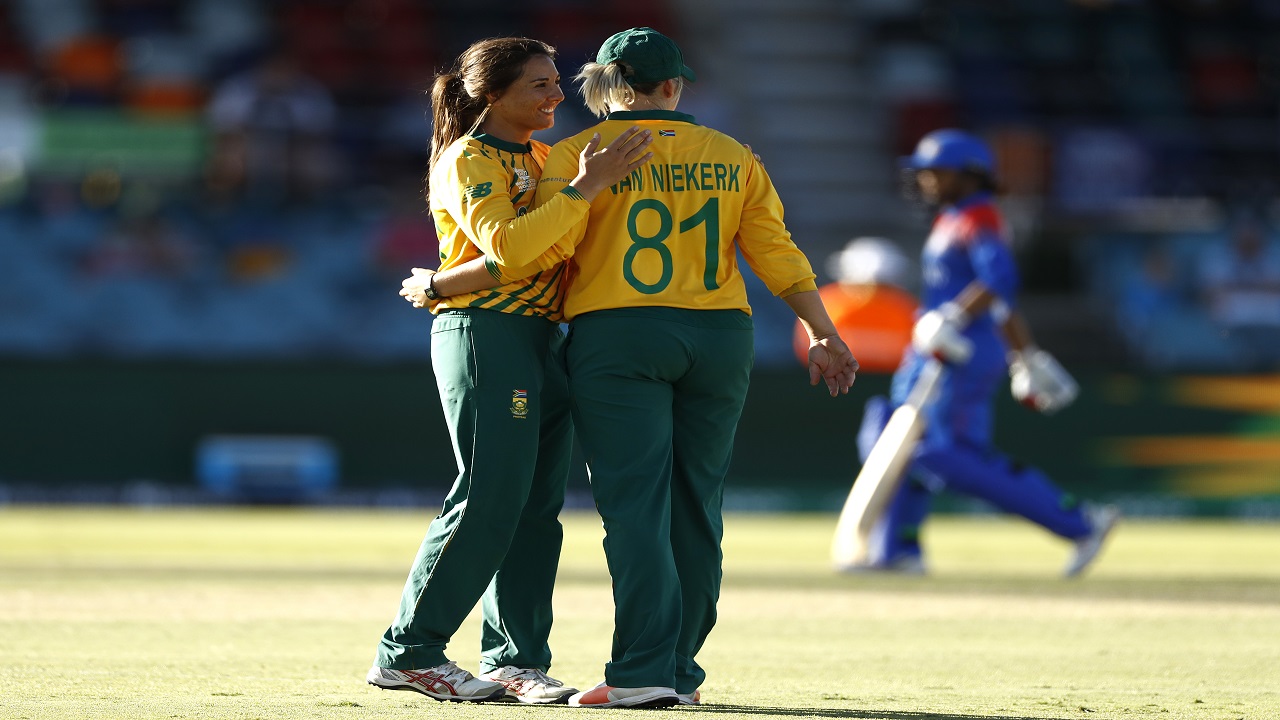 In response, Thailand simply had no answers. In the third over, Shabnim Ismail took two quick wickets and was on a hat-trick but Sornnarin Tippoch kept out the hat-trick ball. Nonkululeko Mlaba got the wicket of Tippoch but Thailand made incredibly slow progress. Onnicha Kamchomphu kept the fight going with two boundaries off Ayabhonga Khaka. Kamchomphu hit the first six for Thailand in the ICC Women's World T20 when she swept Dane van Niekerk to deep midwicket.

However, Luus sent back Kamchomphu for 26 and Boochatham's 31-ball epic struggle of 8 was also cut short when she was stumped off van Niekerk. The rest of the innings just fizzled out and Thailand were bowled out for 82 with Luus and Ismail taking three wickets apiece.

After the match, the South Africa skipper was not happy with the fielding efforts of the team, having dropped a couple of catches in the outfield. "Our fielding let us down a bit today. I don't think we were at our 100 percent. (The dropped catches) Is definitely a worry and we speak about it a lot. I don't mind one or two but when it happens consistently it becomes a worry," van Niekerk said.