Marcus Stoinis Blasted The Highest Individual Score In The History Of The Big Bash League As His Team Melbourne Stars Defeated Sydney Sixers To Stay On Top Of The Table.

Marcus Stoinis created plenty of records in the Big Bash League clash against Sydney Sixers atthe Melbourne Cricket Ground on Sunday. Stoinis, who is not part of the Australian cricket team for the upcoming three-match ODI series against India, blasted 147 off 79 balls as Melbourne Stars won by 44 runs to stay on top of the Big Bash League table. Stoinis, who was released by the Royal Challengers Bangalore franchise and was picked up by Delhi Capitals for a whopping Rs 4.80 crore, shwoed a brilliant exhibition of hitting as he took the Sydney Sixers bowlers to the cleaners.

Melbourne Stars chose to bat and he showed his intent when he got off the mark with a boundary off Jackson Bird and then backed it up with two sixes off Bird and Steve O'Keefe. The right-hander raised the tempo by smashing three fours in one over bowled by left-arm pacer Ben Dwarshuis. Hilton Cartwright gave him solid support and he too joined in the fun with a six off O'Keefe. Stoinis, though, notched up his off 36 balls with a four down the ground of Lloyd Pope.

Cartwright neared his landmark with a six and a four off Bird but Stoinis made superb progress after reaching his fifty. In the 15th over, Tom Curran bore the brunt of Stoinis' fury. The first ball was blasted for a six but it was off a no-ball. The second ball was dispatched for a four and the third ball was clobbered for a six. The fifth ball was whipped to deep midwicket for a boundary as 26 runs came in the 15th over. Stoinis reached his century off just 61 balls with a couple of O'Keefe to deep cover and the wheels came off for the Sydney Sixers. Cartwright notched up his half century off 36 balls with a push to long off.

Cartwright slammed two fours off Dwarshuis while Stoinis took apart Moises Henriques with two boundaries. In the next over bowled by Dwarshuis, Stoinis blasted three sixes and a four as 24 runs came in the 19th over. The partnership was ended by Curran but Stoinis ended the innings in style with a huge six as Melbourne Stars finished on 219/1.

Stoinis became the highest individual scorer in the history of the Big Bash League, breaking the previous record of 122 set by Alex Carey two years ago. The 207-run stand became the highest ever in the history of the tournament while Stoinis'tally of 79 balls was the most faced by a batsman in an innings in the Big Bash League.

No Chance For Sydney Sixers

Josh Phillippe was out in the first over bowled by Daniel Worrall but Daniel Hughes showed his intent with a six and a four off Glenn Maxwell. However, Haris Rauf, who has been sensational for the Melbourne Stars in the tournament, took the wicket of Hughes. James Vince and Henriques smashed two fours in the overs bowled by Worrall and Lance Morris. When Henriques smashed Sandeep Lamichhane for a six, it looked like Sydney Sixers would stay in the hunt. 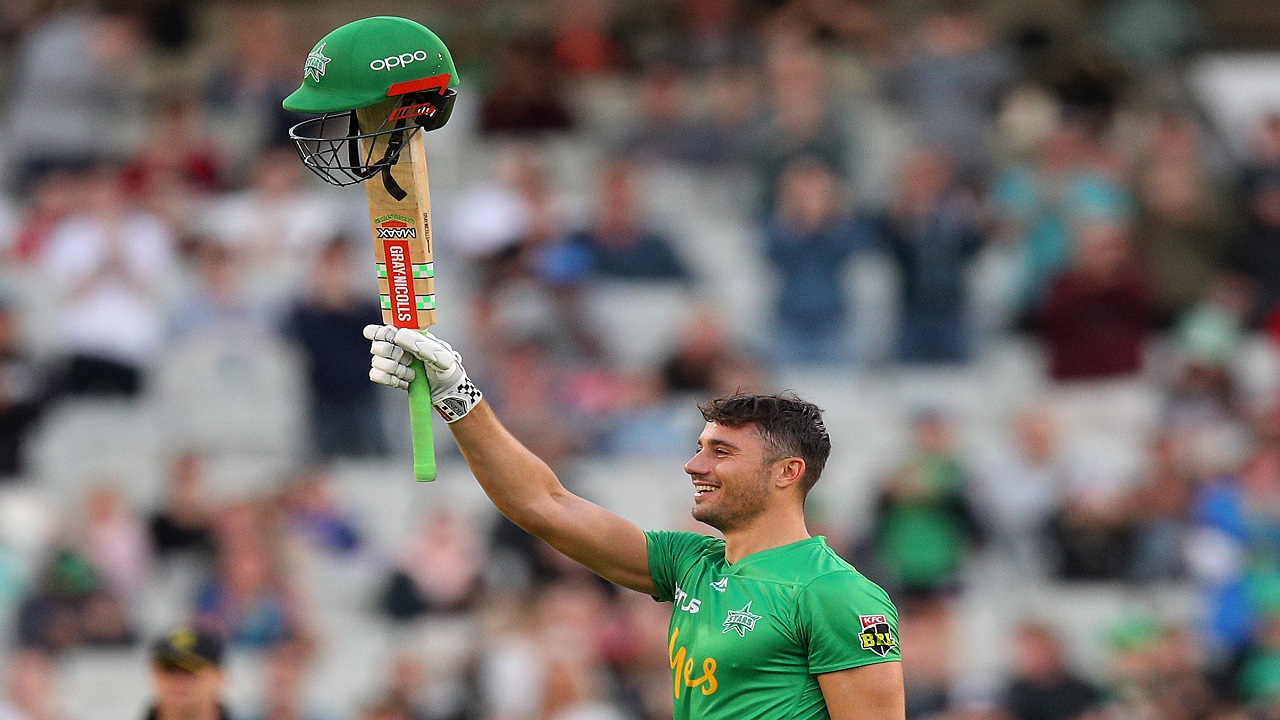 However, Clint Hinchliffe took the wicket of Vince but when the left-arm orthodox bowler got the wicket of Henriques, the game was up. Lamichhane got his first wicket and Hinchcliffe took his third wicket to end any hopes of a Sydney Sixers fightback. Jordan Silk smashed a four and a six off Rauf to ensure Sydney Sixers fought with pride while Dwarshuis slammed a four and a six off Morris. The innings ended in a whimper with Rauf getting hit 18 runs in the final over as Melbourne Stars won by 44 runs.

With this result, Melbourne Stars are on top of the table while Sydney Sixers are second but their net run-rate has taken a hit. Speaking after the match, Stoinis said, "It was a lot of fun and I am just pumped. It was nice to finish off and now it's time to chill out. It was a really important knock for him (Hilton Cartwright). I didn't know that it was the highest Individual Score."