The Australian Cricketer Turned Commentator, Michael Slater On Sunday Afternoon Was Kicked Out Of The Plane After A Heated Argument With The Two Women He Was Travelling With.

The Australian cricketer turned commentator, Michael Slater on Sunday afternoon was kicked out of the plane after a heated argument with the two women he was travelling with. The incident took place at the Sydney airport in a plane going to Wagga and the pictures have emerged of Slater talking to the officials on the tarmac. Even the witnesses have reported that he was in a dispute with two women following which he was removed from the plane.

Slater was seen having a discussion with Qantas officials outside the plane and had reportedly locked himself in the bathroom and refused to come out according to the witnesses.

Meanwhile, Michael Slater himself has admitted of being involved in a heated exchange with two women but refused that he had locked himself in the bathroom. “I did have an argument with two friends whilst boarding a flight to Wagga and I apologise for the inconvenience this caused other passengers on the flight,” he said.

When things went out of hand, Airport security was called to deal with the incident and Michael Slater was then told to disembark by the airline crew. “Prior to departure on a Sydney to Wagga Wagga flight on Sunday, a male passenger was asked to leave the aircraft for being disruptive. He complied with the crew’s request,” the Qantas spokesman told Daily Mail Australia of the incident.

The witnesses also informed that the flight was delayed by half an hour for no reason and was of the opinion that the decision to ask Slater to leave the plane was absolutely correct as he abused the woman who told him to get away from her during the exchange. “I think its important men who are abusive to women need to be called out,” one of the witnesses said.

Further, Michael Slater will be seen in the commentary box during the upcoming ICC Cricket World Cup which begins on May 30 as the host, England play South Africa at the Oval. 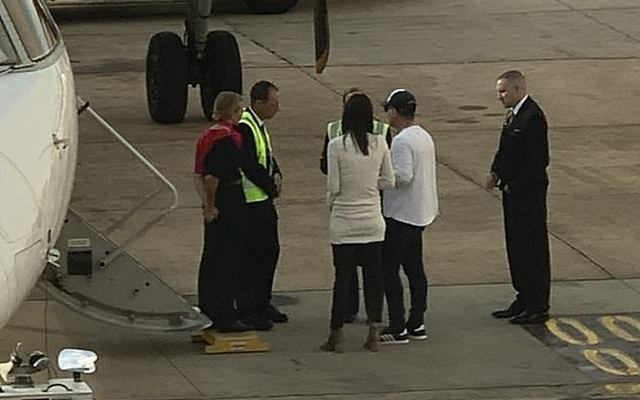