Misbah-ul-Haq, The Former Pakistan Cricket Team Captain And Current Coach, Has Voiced His Displeasure Over The ICC's Recent Proposal For Four-day Tests Which Could Be Part Of The 2023-2031 ICC Future Tours Cycle

Misbah-ul-Haq believes pace bowlers will have increased workloads and will increase their chances of injury in a four-day Test. (Photo Credit: Getty Images)

Sachin Tendulkar, Virat Kohli, Nathan Lyon, Gautam Gambhir and a whole host of cricketers have given a negative opinion on the International Cricket Council's latest proposal for four-day Tests. Joining the chorus of players who are against this proposal is former Pakistan skipper and current head coach of the team Misbah-ul-Haq. In a podcast for the Pakistan Cricket Board, Misbah outlined his reasons as to why he was not a fan of four-day Test cricket and pointed out a very valid point when it came to fast bowling.

"A fast bowler now routinely has to bowl 17 to 18 overs in an innings but if the duration is four days then his workload will increase to 20 to 25 overs. That puts him at a greater injury risk and more importantly bowling more overs means it will take the zip out of his bowling. People want to come and watch bowlers like Mitchell Starc, Naseem Shah, Cummins, Jasprit Bumrah bowl at full speed. If they have to bowl more overs to make up for increased overs it will mean they will lose pace," Misbah said.

Misbah noted that normally teams played with four specialist bowlers in a five-day Tests and four-day games will create more difficulties for the bowlers. "Will we have 90 overs or 110 overs in a day and don't forget in countries like Pakistan, India or Bangladesh the domestic season is in winter and normally even 90 overs are not possible in a day. So if overs are increased what will happen than? There is still a lot more clarity needed on how four-day tests will be managed. But in my personal opinion the duration of Tests should not be tinkered with."

Misbah insisted that five-day cricket is the beauty of Test cricket. "This week the England and South Africa Test was decided in final session of fifth day and there were lot of thrills for the spectators and viewers. Test matches are decided normally on fifth days when there is more wear and tear on the pitches," Misbah said.

The ICC Cricket Committee is planning to recommend mandatory 4-day Tests during the 2023-2031 World Test Championship cycle. Unlike 5-day Tests which see 90 overs bowled in a day, 4-day Tests will have 98 overs in a day. With more than 60 percent of Test matches since 2018 finishing inside 4 days, the ICC is reportedly considering mandatory 4-day Tests to free up schedule for other limited-overs assignments and franchise-based leagues. 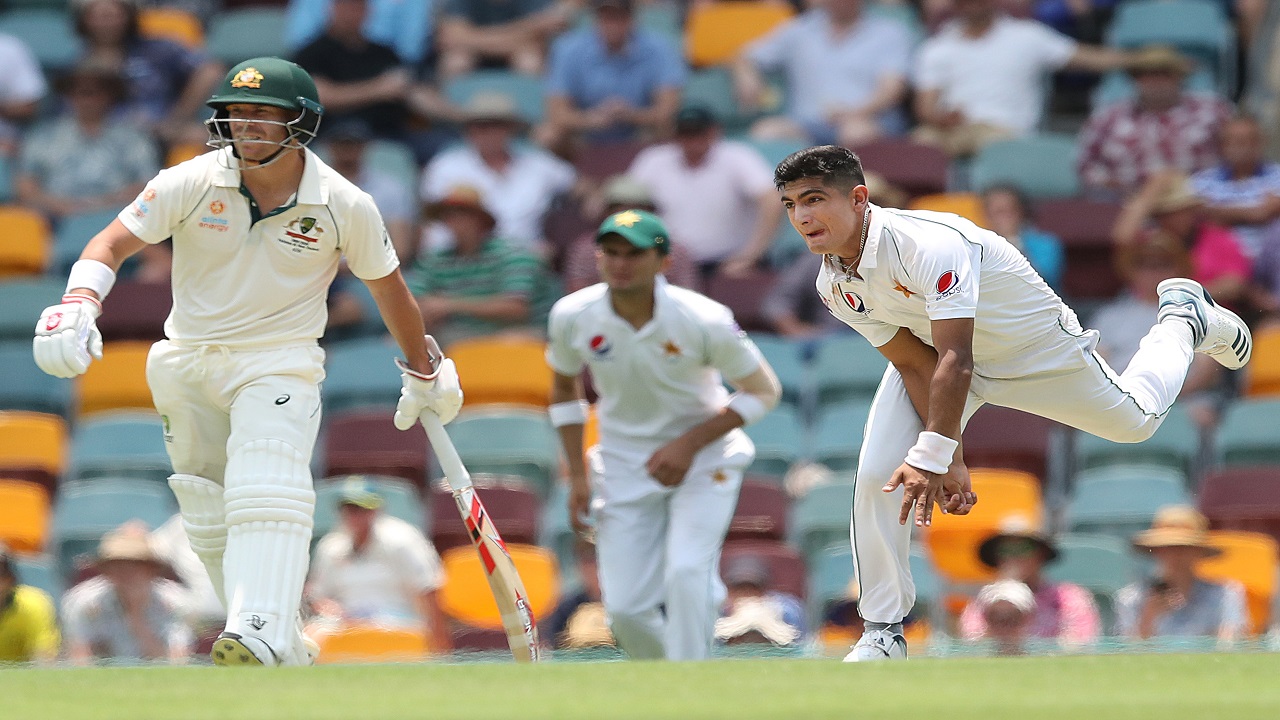 Naseem Shah has been hailed as the next big thing for Pakistan in Test bowling. (Image credit: Getty Images)

The proposal for 4-day Tests has received green signal from the likes of Michael Vaughan and Mark Taylor while the Big 3 of India, Australia and England have hinted they won't dismiss the idea. Tendulkar, the greatest cricketer ever, has dismissed the notion of four-day Tests and has urged the ICC to not tinker with the purest format of the game.

"From a purist's point of view and being an admirer of Test cricket, I don't think it should be tinkered with. The format has to be played in the way it has been played for so many years. The batsmen will start thinking that it is a longer version of limited overs match because the moment you bat till the second day lunch, you know that there's only two and half days to go. That changes the thinking and dynamics of the game," Tendulkar told in an exclusive interaction with PTI.