Mitchell Starc, Australia's Gun Left-arm Pacer, Has Withdrawn From The Third And Final ODI Against South Africa And Is Headed To Australia In Order To Support His Wife Alyssa Healy As Australia Take On India In The Final Of The ICC Women's World T20 In Melbourne.

Alyssa Healy married Mitchell Starc in April 2016 and they are only the third cricket couple in history to play Tests. (Photo Credit: Getty Images)

Mitchell Starc is considered one of the best bowlers in the international cricket circuit at this point. The left-arm pacer, who has taken 244 wickets in 57 Tests and 178 wickets in 90 ODIs, is now in contention for getting the 'Husband Of The Year' award. The reason - He is leaving the ongoing tour of South Africa and going back home to support his wife, Australia women wicketkeeper Alyssa Healy for the crunch final clash between Australia and India at the Melbourne Cricket Ground on International Women's Day. The Australia Women's Cricket Team are the four-time ICC Women's World T20 champions and they are gunning for a fifth against an Indian outfit that is on the cusp of securing a historic first title.

Alyssa Healy is one of the core players in the side and her contribution will be vital in the final. With Australia reaching the final and an expected crowd of close to 90,000 in attendance at the Melbourne Cricket Ground, it is a golden opportunity for Alyssa Healy to create glory and Starc does not want to miss out. In a report on ESPNCricinfo, Australia head coach Justin Langer said he was supportive of Starc's decision to be with Alyssa Healy after Australia lost the two matches against South Africa in Benoni and Bloemfontein.

"It's a once-in-a-lifetime chance for Mitch to watch Alyssa in a home World Cup final and so we were happy to allow him to return home to support his wife and be part of a fantastic occasion. It is something we have been talking about for a while," Langer said.

When Australia reached the final of the 2015 ICC World Cup against New Zealand at the MCG, Alyssa Healy was present to give her husband support. Starc ended up taking the massive wicket of Brendon McCullum for 0 in the first over and he went on to become the highest wicket-taker in that edition of the tournament along with New Zealand pacer Trent Boult. In an interaction with the official Cricket Australia website, Starc said the occasion on March 8 will be fantastic for Alyssa Healy. 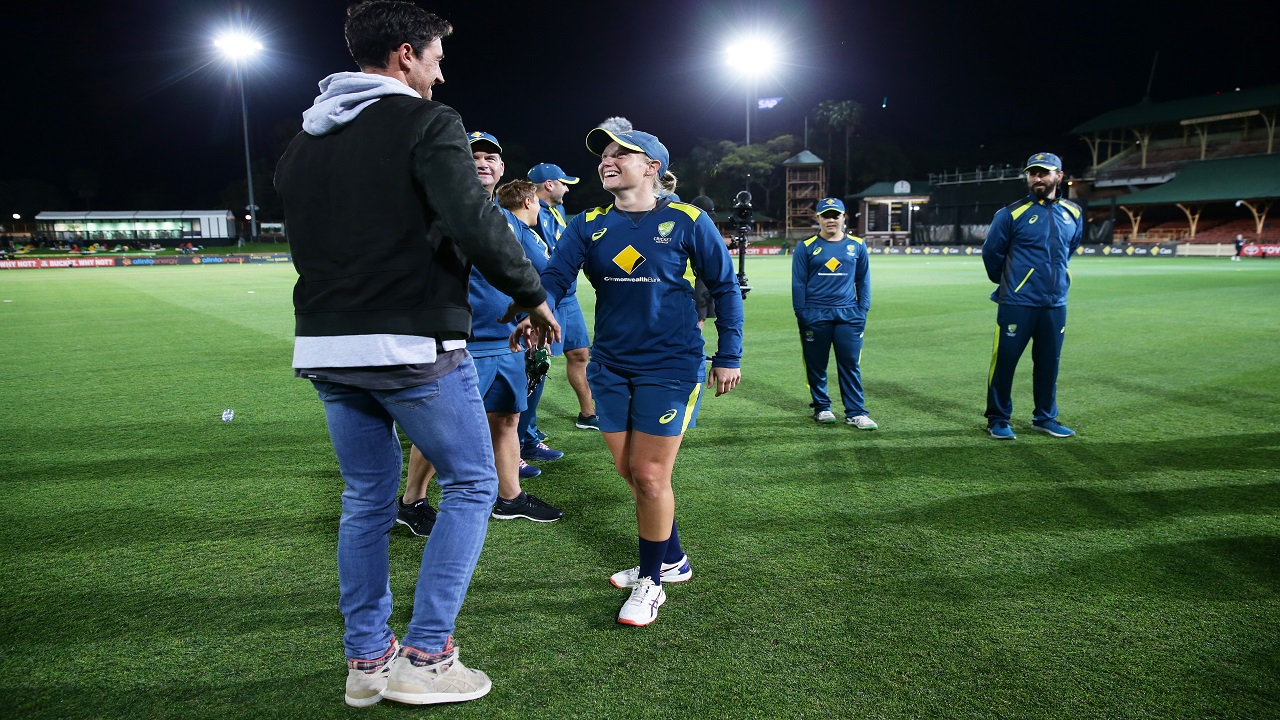 Alyssa Healy has been in decent form in the ICC Women's World T20 with two fifties. (Image credit: Getty Images)

"They were extremely supportive … so I'm very appreciative for that and very grateful that I can go back and support Alyssa, much like she was around for our 2015 World Cup win. That was very special for all the boys to have their families involved so it’s a fantastic opportunity to repay that," Starc said.

The Australia Women's Cricket Team, the current reigning and defending champions, started their campaign poorly when they lost to India by 17 runs but bounced back with wins against Bangladesh, Sri Lanka and New Zealand. In the semi-final against South Africa, they overcame the conditions and a spirited fightback from the Proteas as they held their nerve to win by five runs via the DLS method to enter the final for the sixth consecutive time. Alyssa Healy married Starc on April 2016 after getting engaged in 2015.

Australia have lost the ODI series with losses in Benoni and Bloemfontein after winning the three-match Twenty20 International series 2-1. Australia have lost 10 out of their last 11 ODIs against South Africa and they now have a negative head-to-head record in ODIs only against the Proteas.