Mithali Raj, Considered One Of The Best Players In The History Of Women's Cricket, Has Put Out A Message On Her Instagram Handle Where She Is Wishing The Indian Women's Cricket Team All The Best For The Final Of The ICC Women's World T20 Against Australia.

Mithali Raj is considered to be one of the greatest women cricketers in history. (Photo Credit: Getty Images)

Mithali Raj is considered as one of the greatest woman cricketers in the world. The Indian right-hander has had an international career spanning 21 years and is the leading run-getter in ODIs and Tests while she has a solid record in Twenty20 Internationals. In 2019, she announced her retirement from T20Is but she made it a point to wish the India women's cricket team the best wishes ahead of their crunch game against Australia in the final of the ICC Women's World T20. In a video uploaded by Mithali Raj on her official Instagram page, Mithali is seen wearing a saree and sporting a big bindi on her forehead as she prepares to take guard on the pitch.

The video starts off with Mithali Raj playing her trademark cover drives and lofted shot with the tagline Indian cricketer who made her debut on 26th June 1999 but it ends with still going strong. The video then highlights her achievements of becoming the first woman player to play 200 ODIs and score 6000 runs. It also highlighted her 2003 Arjuna Award as well as the 2015 Pama Shri award. Towards the end, a caption emerges which says, "Be a Lady, they said. Dear Mithali, thank you for living life #onyourterms and inspiring each one of us to #startsomethingpriceless." The video ends with a message from Mithali who says, "Let's show the world that we can do it too. Come on, Team India. Lets bring the trophy home."

Every saree talks more than you and I know! It never tells you to fit in, it makes you stand out. This Women's day, #StartSomethingPriceless and show the world that we can do it too. It's time you start living life #OnYourTerms. Follow @CitiIndia page for more inspiring stories of women living life on their own terms. @mastercardindia

India On Cusp Of History

The Indian cricket team are on the cusp of creating a revolution in women's cricket in the country as they reached the final of the ICC Women's World T20 following the washout against England in the semifinal at the Sydney Cricket Ground. The final, which will be held at the Melbourne Cricket Ground in what is estimated to be in front of a crowd of over 70,000 at the venue. March 8 is also International Women's Day Harmanpreet Kaur, who will turn 31 on March 8 is on the cusp of achieving something very special and if India wins the tournament, then Harmanpreet Kaur's birthday will forever be etched in golden words. 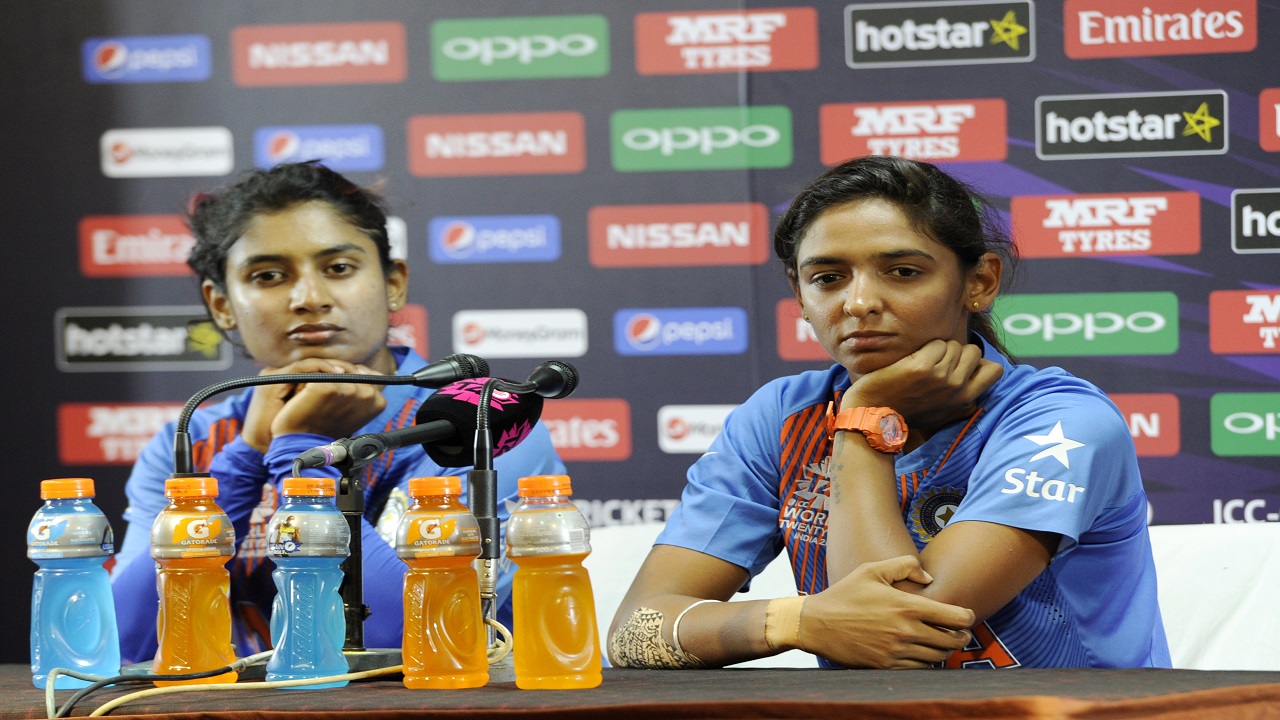 Mithali Raj and Harmanpreet Kaur were involved in a controversy in the 2018 World T20. (Image credit: Getty Images)

Harmanpreet Kaur's side entered the final of the ICC Women's World T20 for the first time after their semi-final in Sydney was washed out against England. Having finished higher in the group for winning all their games, they progressed to the final. With many labelling the first semi-final as a damp squib, it was an occasion which was memorable for Harmanpreet Kaur as her parents had come to see her play for the first time. The Indian skipper confirmed that they will be in Melbourne for the final.

"It was the first time they were going to watch me playing cricket since my dad did when I was in school, and my mother has never watched me play cricket. They wanted to see today's game, but unfortunately, they didn't get to watch. It means a lot because from day one I wanted them to watch me playing cricket and today I got this opportunity. They have come here to watch all of us playing, and I hope we get all support from all the parents and try to win this tournament," Harmanpreet Kaur said.