The Motera Cricket Stadium, Which Has Been Rebuilt To Accomodate A World Record Capacity Of 100,000, Will See The Visit Of US President Donald Trump On February 24 And Millions Are Expected To Arrive.

The Motera stadium in Ahmedabad has broken the capacity record set by the Melbourne Cricket Ground. (Photo Credit: Getty Images)

February 24 is all set to see the meeting of a global superpower and a cricketing giant. US President Donald Trump is all set to visit Motera, the new revamped cricket stadium which now has a world record sitting capacity of one lakh 10 thousand. Trump will be the first head of state to deliver a speech at a cricket ground in India and in many ways, it is fitting that Motera is the venue. The Narendra Modi-led government has always wanted grandoise tributes on Sardar Vallabhai Patel, the first Home Minister of the country. The Statue of Unity, with a height of 240 meters, is already a major tourist hub with an average of 15,000 footfalls. Before Motera, the cricket stadium which had the highest capacity was one lakh at the Eden Gardens in Kolkata. However, the redevelopment of the Motera stadium for the 2011 World Cup reduced the capacity to 66,000. Now, Motera's capacity is officially one lakh 10 thousand and it is six thousand more than the official capacity of the Melbourne Cricket Ground (MCG). Motera, thus, is the symbol of where power actually resides and it also displays the financial might of India in the cricketing world.

The decision to expand the capacity of the stadium was taken by Prime Minister Narendra Modi and under the presidency of Amit Shah at the Gujarat Cricket Association, the stadium was deomlished totally in 2015 and what the millions of viewers and the lakhs present at the venue will see is something spectacular. Recently, the Board of Control for Cricket in India (BCCI)shared a bird's eye view of the stadium on their official Twitter handle. BCCI President Sourav Ganguly could barely conceal his excitement on seeing the brand-new cricket ground and he stated, "Lovely to see such a massive, pretty stadium."

Ganguly also said that he had fond memories of the venue. Indeed, the Sardar Patel stadium in Motera has been home to some significant cricket events for India and Trump's visit will only add more value to the place.

The Sardar Patel stadium has seen plenty of significant milestones in Indian cricket's journey. In the very first Test at the venue in 1983, Kapil Dev took 9/83 against the West Indies but India suffered defeat by 138 runs. Four years later, Sunil Gavaskar of India became the first cricketer to go past 10,000 runs in Tests during the clash against Pakistan. Gavaskar hit 63 but the Test petered out to a tame draw. In 1994, 11 years after Kapil had taken 9/83 against West Indies, India's premier all-rounder created history against Sri Lanka when he dismissed Hashan Tillakaratne to go past Sir Richard Hadlee's Test wickets of 431. The last Test played at this venue was in 2012 against England when Virender Sehwag smashed a century and India won by nine wickets. 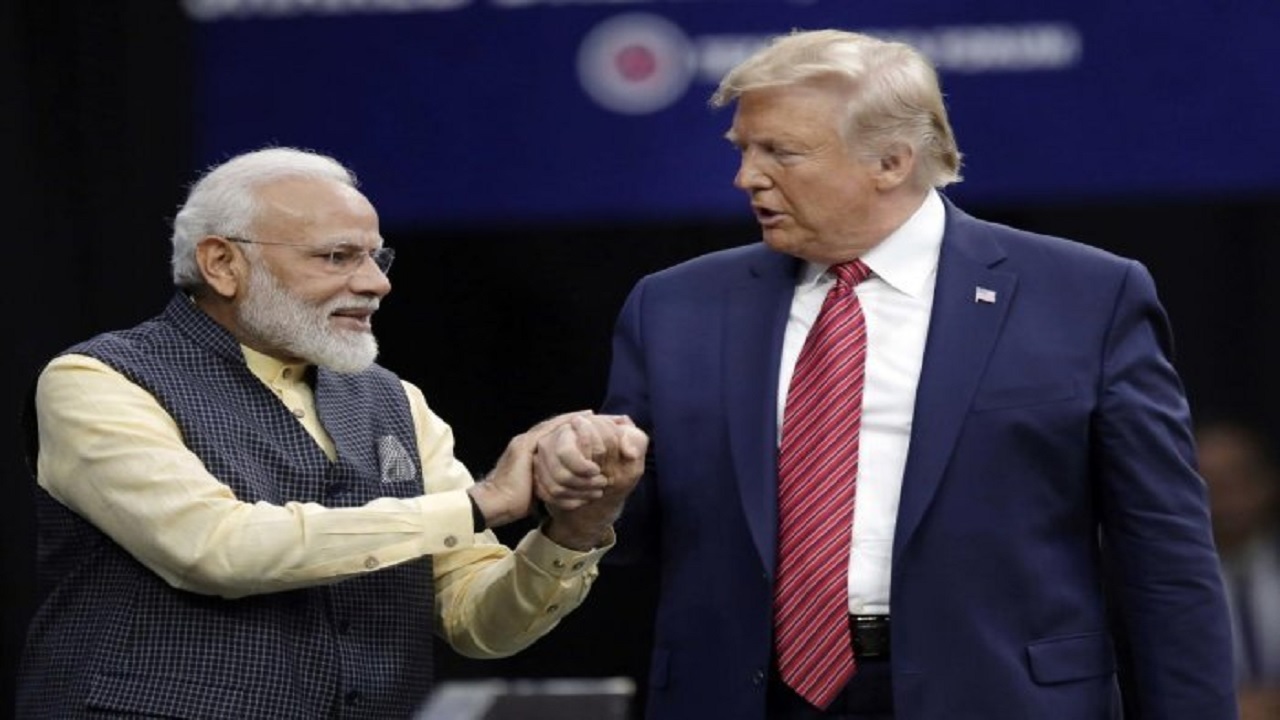 Even in ODIs, there have been significant milestones. Sachin Tendulkar became the first player to reach 18000 ODI runs during India's high-voltage quarterfinal clash against Australia in 2011. In the same venue in Tests, Tendulkar also scored his first double ton when he hit 217 against New Zealand in 1999. The venue saw India denying Australia a chance to win the World Cup for the fifth time when they registered a win against the Aussies after 24 years. Apart from th 2011 World Cup, the venue has hosted the 1996 World Cup as well as the 2006 ICC Champions Trophy.

Although it has seen significant events in Indian cricket, the venue has not been kind to India as far as results are concerned. In 12 Tests, India won just four and drew six with two losses against West Indies and South Africa. India have lost eight out of 15 ODIs at the venue. Some of those losses were heartbreaking, including one in 2005 which saw them unable to defend a total in excess of 300 against Pakistan. Rahul Dravid is the leading run-getter in Motera with 771 runs at an average of close to 60 while he dominates even the ODIs with 342 runs at an average of 114.

Dravid's brilliant moment was when he hit 109 against the West Indies to chase down 326 in 2002 while in Tests, he smashed a double century against New Zealand. In 2020, India is all set to host England in a Pink Ball Test which will be the first at this newly revamped stadium.

Apart from the record capacity, Motera will now go down in history as the venue which hosted the meeting of two superpowers. The meeting between Modi and Trump on February 24 will indeed herald a new dawn not just for Motera, but for India and US relations.