Gary Kirsten, Who Was The Head Coach Of The Indian Cricket Team That Won The 2011 World Cup, Has Credited MS Dhoni's Brilliant Captaincy And The Calm Environment That Was Provided As The Major Factors In India's Victory Over Sri Lanka In The Final.

India's win in the first all-Asian final against Sri Lanka in 2011 made them the first nation to win the World Cup as hosts. (Photo Credit: Getty Images)

On April 2, 2011, India finally broke 28 years of pain when they defeated Sri Lanka in the final of the ICC World Cup by six wickets to win the trophy for the first time since 1983. MS Dhoni blasted an unbeaten 91 while Gautam Gambhir contibuted with 97 as Mahela Jayawardene's century went in vain. The image of MS Dhoni launching Nuwan Kulasekara over wide long on for a six to seal the win will forever be etched in the minds of a billion Indian fans. Nine years later, Gary Kirsten, who was the head coach of the Indian cricket team when they won the title, attributed three major factors that led to their win.

Speaking to Sportstar, Kirsten said, "A hugely talented group of cricketers with an inspirational captain (MS Dhoni), looking for a stable, secure and safe environment. We moved away from focusing on individual success and more around what we wanted to achieve as a team. This was a fundamental shift and forced us to look at how we behaved and operated as a group of people, every day. In short, we focused on anything that could make the team environment a great place to be, with lots of fun and enjoyment to go with it."

India's win in the first all-Asian final made them the first nation to win the World Cup as hosts. The pressure heading into the World Cup was immense and the expectations were massive. However, Kirsten attributed that they could handle the pressure well by simply staying calm in every situation. "There was plenty of external pressure but the internal dynamics of the team environment were calm and secure. We never panicked, regardless of how well or badly we played. The players believed in each other and we always knew someone would deliver for the team," Kirsten said.

Asked Dhoni To Promote Himself

Kirsten's praise for Dhoni comes on the back of a sensational revelation by Sachin Tendulkar. Dhoni had a highest score of 34 in 2007 and the 2011 World Cups heading into the final against Sri Lanka. With the early departures of Tendulkar and Virender Sehwag to Lasith Malinga, India needed some steady nerves. Gambhir and Virat Kohli set about reviving India but Kohli's dismissal to Tillakaratne Dilshan put the game in the balance. In a surprise move, Dhoni promoted himself up the order and the rest is history. 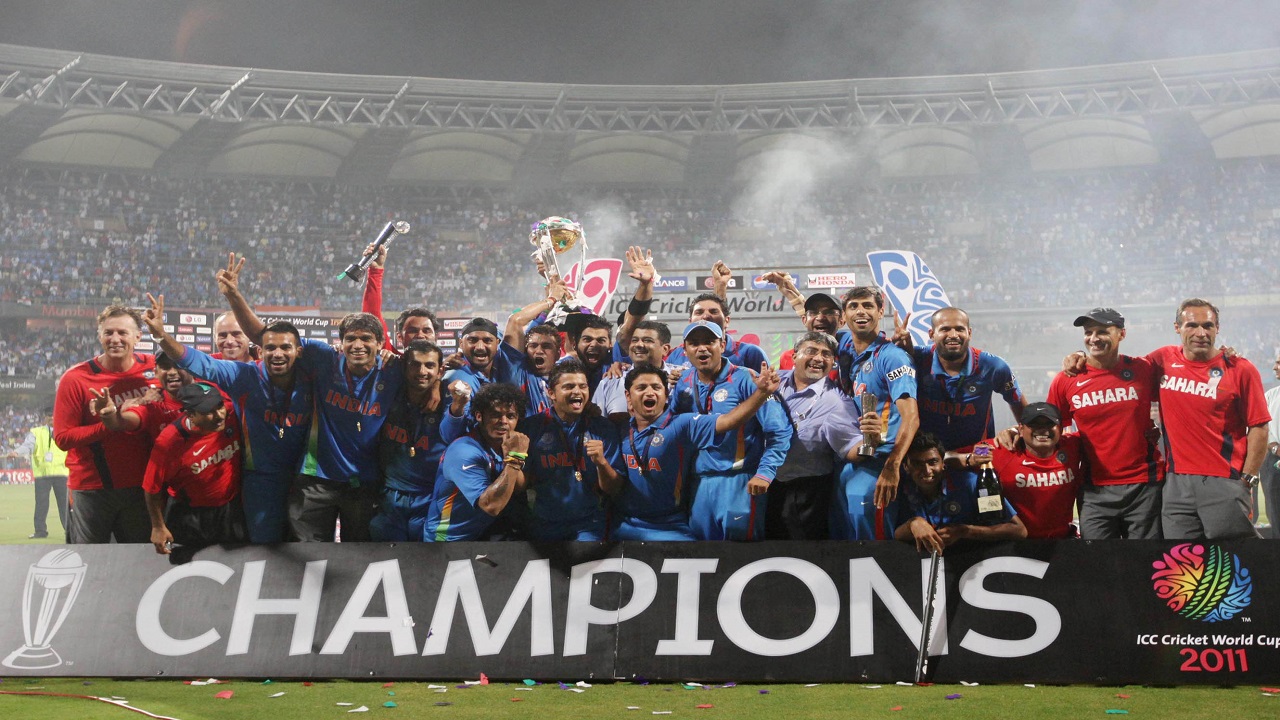 Speaking to Times of India, Tendulkar said the discussion centered around a like-for-like replacement for both the right-hander and the left-hander. "Yuvi (Yuvraj) was batting well and had enjoyed a very good quarterfinal. So, he would walk in at No.5 followed by MS at No.6 and (Suresh) Raina at No.7. Yuvi was padded up to bat at No. 5. But I just suggested to Viru,: 'if Virat gets out, Yuvi should not go in. It’s important to keep the right-hand, left-hand combination going'. Yuvi was in tremendous form but Sri Lanka had two off-spinners going, so I thought a strategy change would work. I asked MS to consider this strategy. He then went to Gary (Kirsten), who was sitting outside. Then Gary came in and all four of us got talking about it. Gary too agreed and MS promoted himself up the order," Tendulkar said.

Also Read | On This Day: When Dhoni Sealed It With A Six- India's 2011 World Cup Win

Kirsten has been one of the most sought after coaches in world cricket and he even helped South Africa scale the Test ranking summit by helping them to the No.1 rank.