'How Will You Handle MS Dhoni's Future And Virat Kohli's Stature?' Potential Selectors Asked These Questions By CAC

The Madan Lal-led Cricket Advisory Committee Reportedly Asked The Potential Selectors About How Will They Handle The Future Of Former India Skipper MS Dhoni And Also On How They Will Handle Virat Kohli's Stature.

MS Dhoni has not played international cricket ever since the 2019 ICC semi-final loss against New Zealand in Old Trafford. Virat Kohli is one of the greatest players currently in the modern-era. Both MS Dhoni and Virat Kohli are the biggest names in Indian cricket and any issue regarding their status is considered a very touchy topic. Thus, it was no surprise that these two names featured prominently in the inteview selection process of the five selectors. In a report on PTI, the Madan Lal-led Cricket Advisory Committee (CAC) had two common questions for the potential national selectors which were, "How will you handle MS Dhoni's future with the Indian team and skipper Virat Kohli's stature?"

Five candidates --Laxman Sivaramakrishnan, Venkatesh Prasad, Rajesh Chauhan, Sunil Joshi and Harvinder Singh was asked a common question. "Yes, the CAC had one common question and that was about their call with regards to Mahendra Singh Dhoni and whether they will select him for T20 World Cup. Dhoni is both a sensitive and tricky issue and that's why the question needed to be asked," a senior BCCI official told PTI.

It is understood that the new BCCI regime wants the selection committee to have a clear cut stand on Dhoni's international future. "We have this factor the most in our mind. Our captain is a high performing player. We have kept it in mind that we find somebody who can communicate with him, because in the end it is the captain, who has to run the team. Captain matters a lot to the team and so it is important on how you communicate with him. What is gone is in the past, the two selectors that we picked had the best answers on this topic," Madan Lal said.

The Board of Control for Cricket in India (BCCI) appointed former India spinner Sunil Joshi chairman of the national selection panel, replacing MSK Prasad, and picked ex-pacer Harvinder Singh for a place in the five-member group. The CAC, comprising Madan Lal, RP Singh and Sulakshana Naik, picked the two selectors with Joshi replacing South Zone representative MSK Prasad. In an unprecedented decision, the BCCI said the CAC will review the panel's performance after one year and make recommendations accordingly. 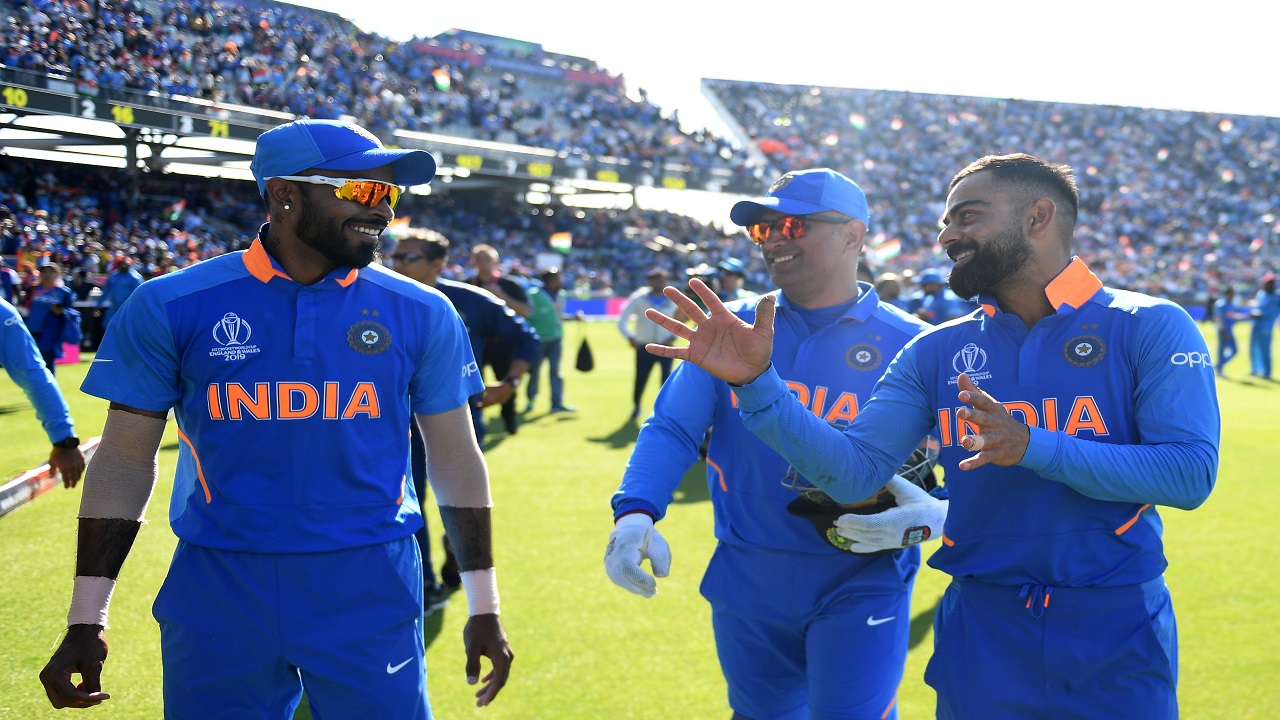 MS Dhoni has not played any form of cricket ever since India's loss to New Zealand in the semi-final of the ICC World Cup. (Image credit: Getty Images)

"The committee recommended Mr Sunil Joshi for the role of chairman of the senior men's selection committee. The CAC will review the candidates after a one-year period and make the recommendations to the BCCI," read a statement from BCCI Secretary Jay Shah.

Harvinder was chosen from central the zone and replaces Gagan Khoda in the panel. The existing members of the selection panel are Jatin Paranjpe, Devang Gandhi and Sarandeep Singh. The likes of Ajit Agarkar and Nayan Mongia did not even make the short-list but the former will be back in contention after Paranjpe's term ends in September along with Gandhi and Sarandeep.

The 49-year-old Joshi played 15 Tests and 69 ODIs between 1996 and 2001, taking 41 and 69 wickets respectively. Harvinder, who is 42, represented India in three Tests and 16 ODIs between 1998 and 2001, taking four and 24 scalps respectively. The playing credentials of the Prasad-led panel were often questioned and this time too, the CAC decided to pick Joshi and Harvinder over more experienced candidates.