MS Dhoni Has Opened Up On The Pain Of The Loss Of The 2019 ICC Cricket World Cup Semi-final And Cursed Himself As To Why He Did Not Dive To Make His Ground As Virat Kohli's Side Crashed Out Of The Tournament.

India were staring down the barrel in the ICC Cricket World Cup 2019 semi-final against New Zealand in Old Trafford. Chasing 240, India were reduced to 24/4 with Matt Henry taking the wickets of Rohit Sharma, KL Rahul and Dinesh Karthik while Trent Boult got the big wicket of Virat Kohli for 1. Rishabh Pant and Hardik Pandya tried to revive the innings but both fell to Mitchell Santner. Ravindra Jadeja and MS Dhoni kept India in the hunt, with Jadeja the more aggressive of the lot. Dhoni played according to his blueprint, taking the game deep and rotating the strike while Jadeja hit boundaries at will. Jadeja notched up his fifty but when he fell to Boult for 77, India needed 31 off 12 balls.

The 49th over was bowled by Lockie Ferguson was Dhoni gave India a chance when he upper-cut a six off Ferguson to boil the equation down to 25 off 11 balls. A dot ball followed and on the third ball, Dhoni was undone by a sharp bouncer which hit him on the glove and it rolled to square leg. Dhoni hared across for the second run but a direct hit from Martin Guptill from square leg saw him short of the crease by a couple of inches and the game was done. India lost by 18 runs to crash out of the World Cup in heartbreaking circumstances.

Dhoni has not played any active cricket ever since the heartbreak of the 2019 ICC Cricket World Cup semi-final loss against New Zealand in Old Trafford. In this period, Dhoni decided to take a sabbatical from the game. He enlisted with the territorial army and was on duty in Kashmir for two weeks before going to the United States for a holiday. 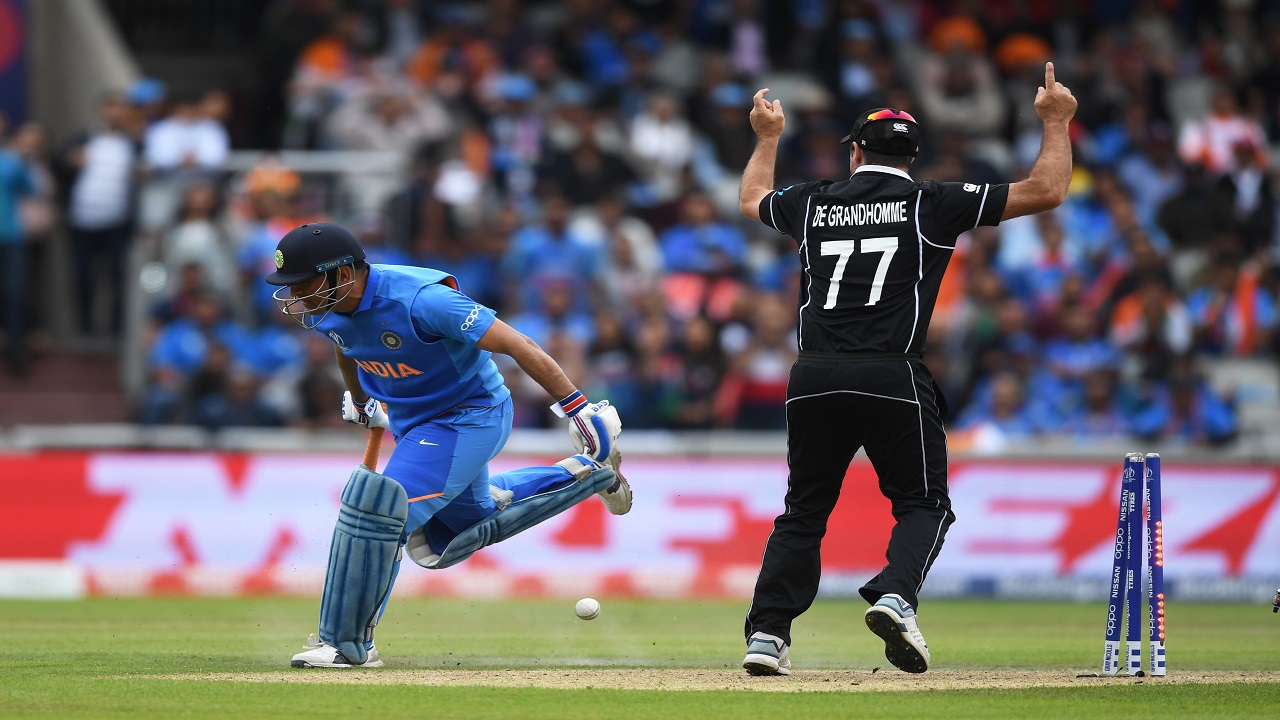 MS Dhoni has not played any competitive cricket ever since the World Cup. (Image credit: Getty Images)

Dhoni has maintained a low profile but there have been speculations about whether he will play international cricket again. However, India head coach Ravi Shastri has given his perspective on what is the next step Dhoni will do in his career. "I have had a conversation with MS and that is between us. He has finished his Test career, he may soon end his ODI career... In all probability, he will finish one-day cricket. People must respect that he's played non-stop in all formats of the game for a while. At his age, probably the only format he'll want to play is T20 cricket which means he'll have to start playing again, get back into the groove because he's going to play in the IPL and see how his body reacts. So he will be left with T20, he will definitely play the IPL. One thing I know about Dhoni is that he will not impose himself on the team. But if he has a cracking IPL, well, then..." Shastri said in a conversation with CNN News18.