Neil Wagner, Who Missed The Wellington Test Against India At The Basin Reserve As He Was Awaiting The Birth Of His Child, Has Been Blessed With A Baby Girl.

Neil Wagner missed the first Test against India at the Basin Reserve in Wellington and Kyle Jamieson was handed a debut. (Photo Credit: Neil Wagner Instagram)

Neil Wagner, the South Africa-born New Zealand left-arm pacer, has been blessed with a baby girl. Taking to his official Instagram account, Neil Wagner announced the birth of his daughter Olivia 'Faith' Wagner with the caption, "Olivia Faith Wagner born 19 February 2020! Lana and Livie were amazing and so proud of them!!!Both doing great and we are truly blessed!!" Wagner opted out of the Basin Reserve Test against India and Matt Henry was called up as cover. Wagner is part of the lethal trio of the New Zealand pace bowling set-up which includes the class of Trent Boult and Tim Southee.

The left-arm pacer was one of the stars in New Zealand's horror tour of Australia in which they were whitewashed 3-0 in the Tests. Wagner accounted for Steve Smith four times in the series out of six innings and he ensured that Smith, who had smashed 772 runs in the Ashes against England, did not reach a century in the entire series. Wagner has a superb record even against Indian cricket team skipper Virat Kohli, whom he had dismissed three times in four Tests.

Jamieson Steps Up In Wagner's Absence

In 47 tests, Wagner has 204 wickets at 26.63 and will be straight back into the New Zealand side for the second Test in Christchurch, starting on Saturday. Wagner's place for the Wellington test was taken by Kylie Jamieson and the pacer impressed on Test debut after Kane Williamson won the toss and chose to bowl on a green pitch and overcast skies at the Basin Reserve. In his very first over, he troubled Pujara with some late movement and he reaped success in his third over in Test cricket. 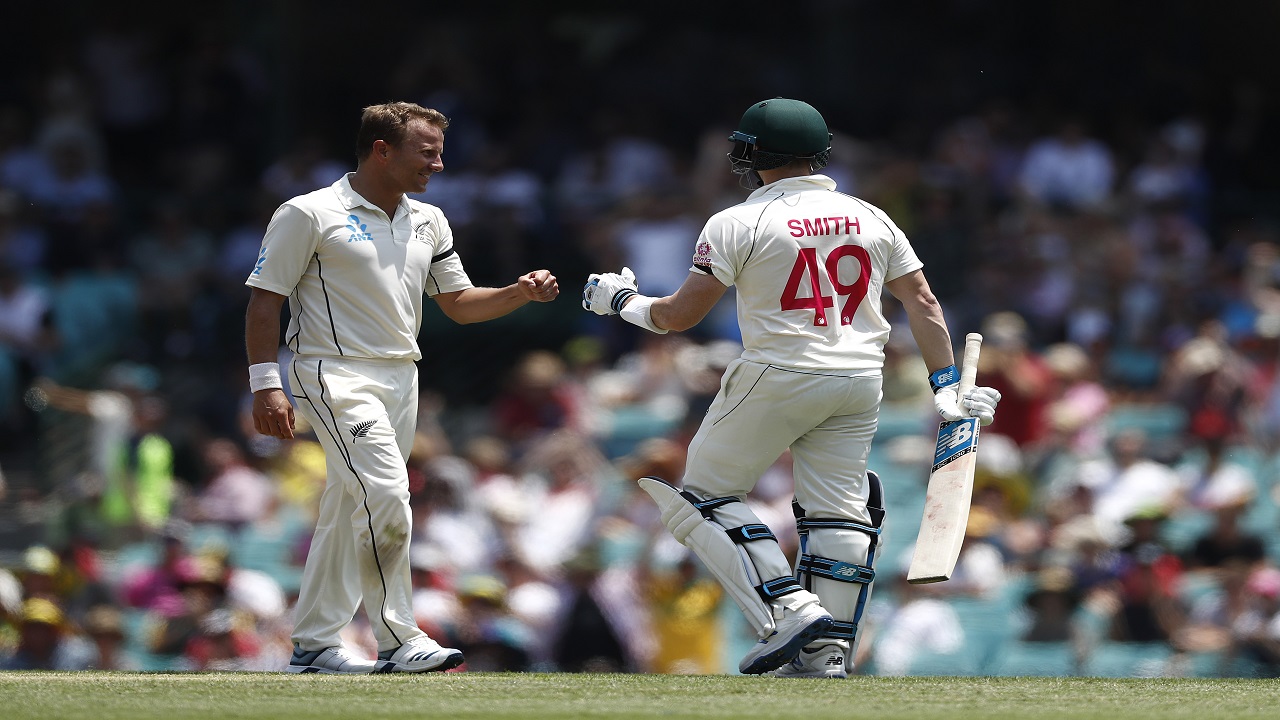 Jamieson bowled a short of a length ball at 130 kmph but he got the ball to nip away sharply. The height factor also played a part as the ball leapt alarmingly and Pujara could only edge it to BJ Watling, the New Zealand wicketkeeper to depart for 11. Virat Kohli, the Indian cricket team skipper and one of the key batsman in the team, came out and he got off the mark with a couple.

However, that was when Jamieson struck a massive blow. Kohli's weakness of pushing a wide delivery outside off stump, which was his undoing during the 2014 tour of England, came back to haunt him as Jamieson bowled a wide delivery outside off and Kohli chased after it to edge the catch to Ross Taylor, playing in his 100th Test match. Kohli fell for 2 and India were in dire straits.